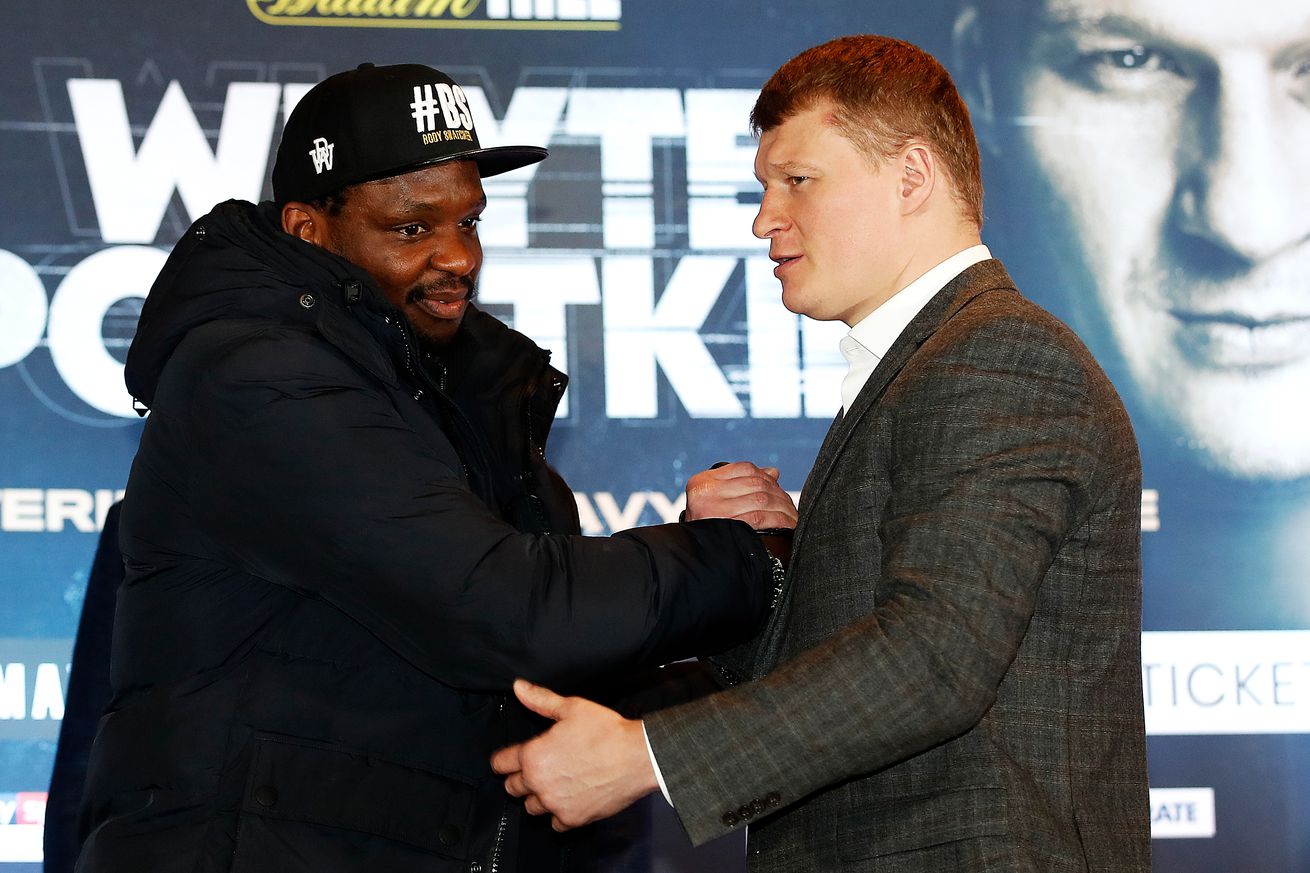 Dillian Whyte won’t have to wait long to try and settle the score. Mike Coppinger reports that he and Alexander Povetkin are set to duke it out once again on November 21st.

According to Whyte (27-2, 18 KO), a full announcement should drop tomorrow.

Their first go-round back on August 22nd proved among the year’s most dramatic fights. The favored “Body Snatcher” twice floored Povetkin (36-2-1, 25 KO) in the fourth round, only to eat a gorgeous shovel hook that knocked him clean out just a round later. The loss was Whyte’s first since his 2015 clash with Anthony Joshua and both snapped an 11-fight winning streak and cost him the WBC mandatory status he’d been sitting on for ages.

I’m normally opposed to instant rematches, but the circumstances of the first fight make me a bit more amenable; nobody was egregiously outclassed or in need of further development before standing a chance, as in Navarrete-Dogboe or others. We’ll keep you appraised as the card comes together.