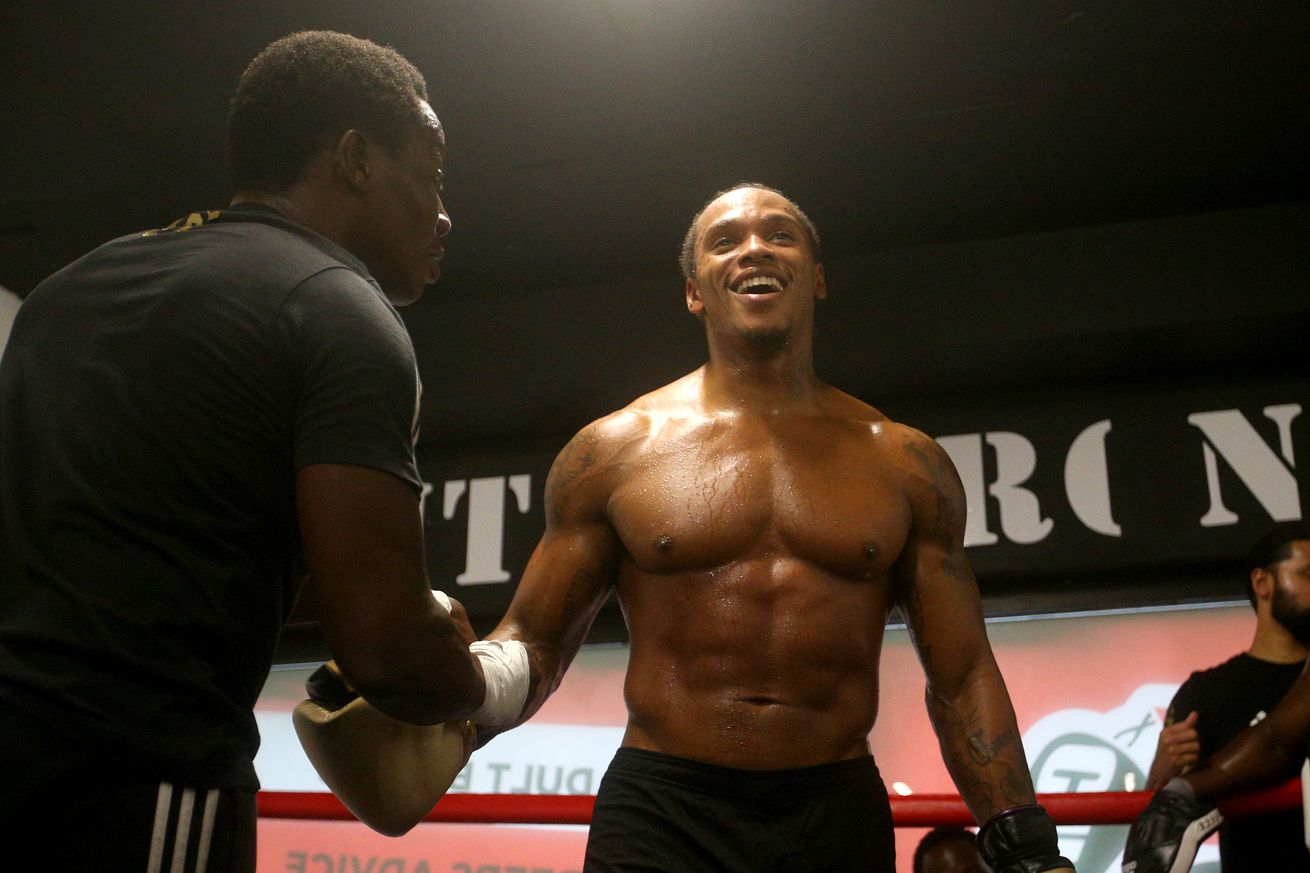 After stopping Dec Spelman on Saturday, what’s next for the “Beast from the East”?

Anthony Yarde’s (20-1, 19KO) professional career has been a curious one. The 29-year-old has been one of Frank Warren’s prized assets over at Queensberry Promotions for the last few years, with his career only really beginning to take shape over the past 12 months.

Before Yarde’s 11th-round TKO at the hands of an under-par “Krusher” last summer, the light-heavyweight hadn’t been tested at the weight. Opposition such as Norbert Nemesapati, Tony Averlant and Travis Reeves underpinned our frustrations at not seeing Yarde in meaningful 175-pound contests, with the leap into Kovalev waters proving too deep despite a valiant effort in Chelyabinsk.

Yarde returned this past weekend and stopped the robust and durable Dec Spelman (16-4, 8KO) for the first time in his career, and having put a heartbreaking year of family tragedy behind him, is looking forward to the second phase of his career.

So, what can we expect to see from Anthony Yarde over the next year?

Arthur-Yarde is the fight we are fully expecting to land next. Both fighters have dispatched of Dec Spelman inside the BT Sport Bubble with relative ease over the past six weeks, with Arthur’s unanimous decision the antithesis of Yarde’s demolition of “Kid Nytro”. This fight was initially slated for April 11th this year, but, well you know what happened.

Arthur (17-0, 12 KO) holds the Commonwealth title at 175 pounds and will pose a unique threat to Yarde. It’s hard to pick too many holes in Yarde’s win over Spelman last weekend, but ring-rust aside, he sometimes struggled with Spelman’s double jab and boxing ability when he was able to walk Yarde down.

Arthur is a very good boxer and stylistically could give Yarde kittens if he isn’t at 100%. There is no doubt that Yarde hits hard, but if Arthur can prove an elusive target through the early rounds, this could turn into a competitive contest.

“Lol fight me like that,” read Lyndon Arthur’s Twitter post in reaction to Yarde’s blowout of Spelman, alluding to his preference for his next opponent to attempt to walk him down swinging.

Upon Queensberry’s ‘press release’ a month back, goading Matchroom into striking domestic deals for cross-promotional fights, Yarde vs Buatsi was, without doubt, the standout contest.

Bronze medalist at Rio 2016, Joshua Buatsi has made light work of his professional opponents to date, entering a realm similar to Yarde where he is in desperate need of a big step up.

I’ve been big on Buatsi’s prospects for a while now, but with another WBA International title fight around the corner against Sweden’s Marco Calic, it’s time we saw the 27-year-old in a real test.

Yarde and Buatsi (12-0, 10 KO) have been on a collision course for a couple of years now, but until Matchroom and Queensberry prove they can do meaningful business together, this domestic dust-up is simply going to be shelved.

Both are key fighters to their promoters stable, and a loss to a domestic rival at this crucial stage of their career could be perceived as detrimental to their future.

It’s the last thing we want to hear, but Yarde vs Buatsi feels like the next Brook vs Khan. Or maybe Flanagan vs Crolla. Let’s hope not.

Frank Warren has made no secret of his desire to land the Kovalev rematch. Despite his inexperience, Yarde performed above expectation on away soil last August, troubling Kovalev in pockets of an exciting match-up.

Kovalev (34-4-1, 29 KO) is winding down in his career after dropping his fourth loss to the vicious right hand of Saul Alvarez, and Warren is keen to land the return fight at some point next year.

“I’d love to do that fight,” Warren told iFL TV this week, but whether the promotor can dangle a big enough carrot to temp “Krusher” into a dangerous rematch at this stage of his career is unlikely.

“Someone tell Frank Warren I’m willing to fight Yarde,” the 38-year-old Tweeted this week, @-ing both men for effect. Dropping two losses to Dmitry Bivol and Jesse Hart in his last two outings, the Cuban veteran is looking for a payday.

“The fact of the matter is we already offered you the fight for August; you turned it down saying you didn’t have enough time for camp or to get sparring partners. You can fight Karol Itauma on his debut late October; your purse will be £2000. Sending over contract now,” Frank Warren’s Twitter account replied, apparently dismissing Barrera as a credible opponent any time soon.

Despite the unlikelihood of these two getting it on, Barrera (22-3, 14 KO) is a worthy yardstick for Yarde at this stage in his career. He’s game, prone to a knockdown and has picked up some meaningful wins at the back end of his career against decent opposition.

Is Barrera a name that will excite the UK market? No. The risk far outweighs the reward for Warren, but stranger things have happened.