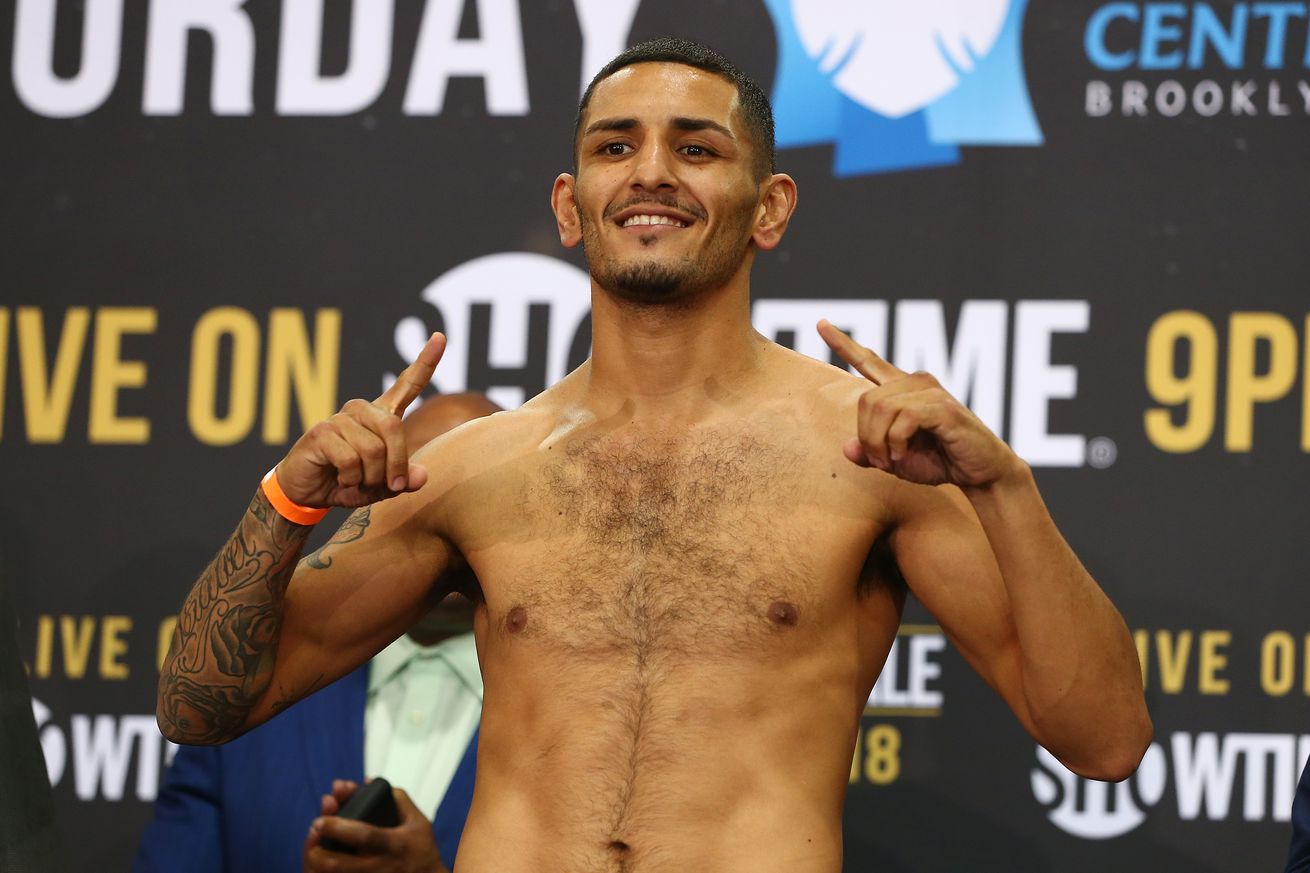 Juan Heraldez looks to break through against the former titleholder on Oct. 31.

Junior welterweight fringe contender Juan Heraldez is going to look to knock the “fringe” off of that description on Oct. 31, when he faces former titleholder and top contender Regis Prograis in a 10-round bout on the Davis-Santa Cruz undercard on Showtime PPV.

The 30-year-old Heraldez (16-0-1, 10 KO) was looking like he might emerge as a top 10 guy at the weight before a draw with Argenis Mendez in May 2019, a fight that was legitimately extremely close and competitive.

Prograis (24-1, 20 KO) represents kind of a make-or-break step for Heraldez, who’s too old to be called a prospect and doesn’t have the high-level wins to be a serious contender at the moment. Heraldez says he likes the matchup and his chances.

“It’s been a long eight-week camp preparing for Prograis,” said Heraldez. “We’re fighting a different style of fighter, which is a good thing because he’s the type of fighter who comes to fight. A style like this makes it easier for me to train and prepare.

“Prograis has power, but you have to land it and that’s where my defense comes into play. My defense has always been a factor and it’s something we always tweak and find ways for me to be sharper. On paper his credentials are up there, but in the ring all of that goes out the door. When the bell rings, I’m not thinking about him being a former world champion. I fight and get the job done.”

Heraldez also knows that Prograis, 31, is a huge opportunity for him. A win here, and Heraldez vaults into the top five at the weight, most likely, so he says he’s been working on being better than he’s ever been.

“My team and I have been working on various things such as my jab, but most importantly where I am in the ring at all times,” said Heraldez. “My ring awareness has elevated this camp. My coach and I keep things old school, we don’t have a strength and conditioning coach, we work on the basics and get better at them each camp. Boxing is simple. Stick and move and don’t get hit. The training I get from Coach Otis Pimpleton covers so many things such as cardio, technique, ring IQ, etc., so my job is just to listen to my team and trust them when I’m in camp and in the ring on fight night.”

Heraldez also expects it to be a fan-friendly fight.

“On fight night, both of our styles are going to make for great action,” said Heraldez. “We both bring a lot to the ring. We’re both fighting to be the best, but on Oct. 31, everyone will see what I’m capable of.”