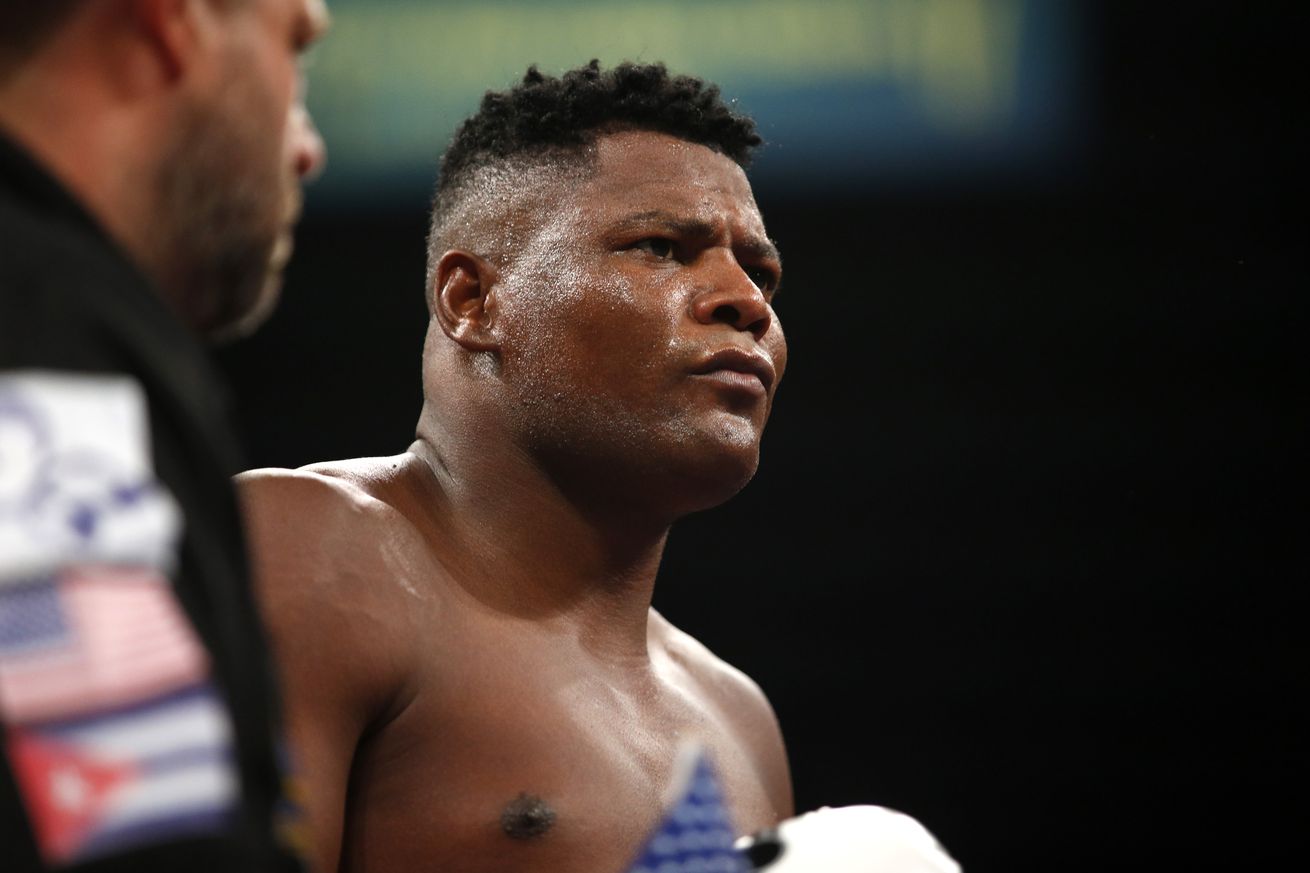 Frank Sanchez and Michael Coffie are set to compete as well.

I already gave the main event some vitriol in the original article and, frankly, it’s not interesting enough to merit any more. Suffice to say that it’s a terrible mismatch that any competent commission would have snuffed out the moment the concept first entered promoters’ minds.

“I can’t wait to get back in the ring and put on a great performance for all my fans,” said Ortiz. “I’ve been training hard and I’m going to show why I’m still one of the most dangerous and avoided heavyweights around. Credit to Flores for stepping up to the challenge, but I’m planning on making a statement November 7 on FOX.”

“When I got the call for this fight, I immediately said yes and I was ready to go,” said Flores. “I’m always in shape throughout the year, so now we’re just sharpening the tools for November 7. Ortiz is coming off of a big fight, and I’m preparing for the best Ortiz we’ve ever seen. I don’t know if he’s overlooking me, I just know that I’m going to be ready to take advantage of a life changing opportunity.”

The co-feature is slightly more forgivable, pitting Cuban prospect Frank Sanchez (15-0, 11 KO) against 40-year-old Brian Howard (15-3, 12 KO). Though Howard is a career cruiserweight, he did knock out Shawndell Winters faster than Joseph Parker did and defied a 35-pound weight difference to smash Carlos Negron in August of last year. I’d say he’s at least as good a test for Sanchez as recent victim Joey Dawejko, especially since the 28-year-old is a small heavyweight himself.

“I look forward to my return so that I can again showcase my skills and make the case that I am a future heavyweight champion,” said Sánchez. “Brian Howard is a very dangerous opponent, but I am even more dangerous. My trainer Eddy Reynoso is preparing me for a spectacular win. I’m a proud Cuban fighting in America in front of millions of people on FOX. It is a dream come true, but only half of the dream. The job will be complete once I become the heavyweight champion of the world.”

“I’m really looking forward to this opportunity on FOX against Frank Sánchez,” said Howard. “I’ve been training very hard to be at my best for this fight. I know that I’m going to come to California and be victorious on November 7.”

In the opener, 34-year-old Marine-turned-fighter Michael Coffie (10-0, 7 KO) fights his first eight-rounder against journeyman Joey Abell (35-10, 33 KO). Abell’s only lost to solid fighters in the last 10 years and has only seen the judges once in the past 12, meaning this should be fun while it lasts.

“This is going to be a great fight against a really good opponent,” said Coffie. “This is the first step toward getting to where I want to be. Abell is a very credible opponent, and a win will justify me being able to fight higher ranked contenders in the heavyweight division. I can’t wait to go out and put on a great performance on November 7.”

“I’m blessed to get such a great opportunity to fight on this card,” said Abell. “It’s been a tough year for everyone but I’m looking forward to ending mine on a positive note. I’ve been training like never before. On November 7, I’ll be ready for war.”