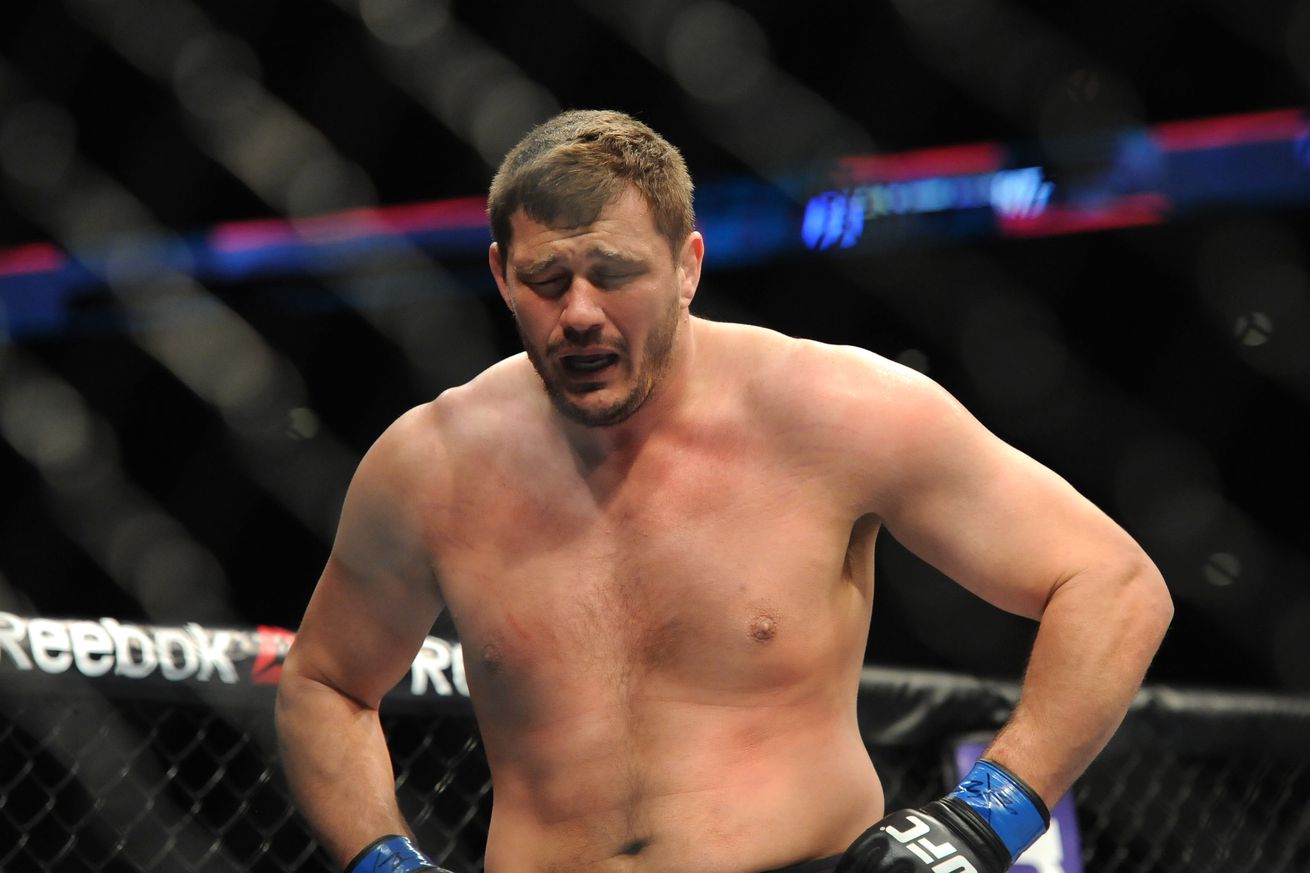 Matt Mitrione was forced out of the biggest fight of his mixed martial arts (MMA) career against Fedor Emelianenko -- which was set to go down last night (Sat., Feb. 18, 2017) at the SAP Center in San Jose, California at Bellator 172 -- due to a case of kidney stones (full details here).

And if you think "Meathead" was faking his pain an agony, he’s got some words for you via social media.

Thank you for understanding the misery I've been in trying to pass this big ass stone without so much as an aspirin. #StillHasntPassed

And for y'all fools that have the nerve to claim that I'm scared or faking, come hold these nuts while I try to finally pee this stone out

Mitrione felt the symptoms earlier in the week, though it wasn’t until mid-day Saturday that medical tests revealed he had a kidney stone. And though I’ve personally never have gone through the process of trying to pass a kidney stone -- and pray that I never will -- the pain is absolutely excruciating.

Chael Sonnen offered to step up on a few hours notice to face "The Last Emperor," but according to Bellator MMA president Scott Coker, having "The American Gangster" fill in would’ve interfered with their plans for the former UFC middleweight.

Nevertheless, Coker did reveal that Emelianenko would be making his promotional debut in a couple of months, though no word if Mitrione will still be his opponent.