Morning Report: Eugene Bareman says Dan Hooker would ‘jump in there and fight’ Tony Ferguson ‘for su
mvpboxing |  September 16, 2020, 08:08 AM 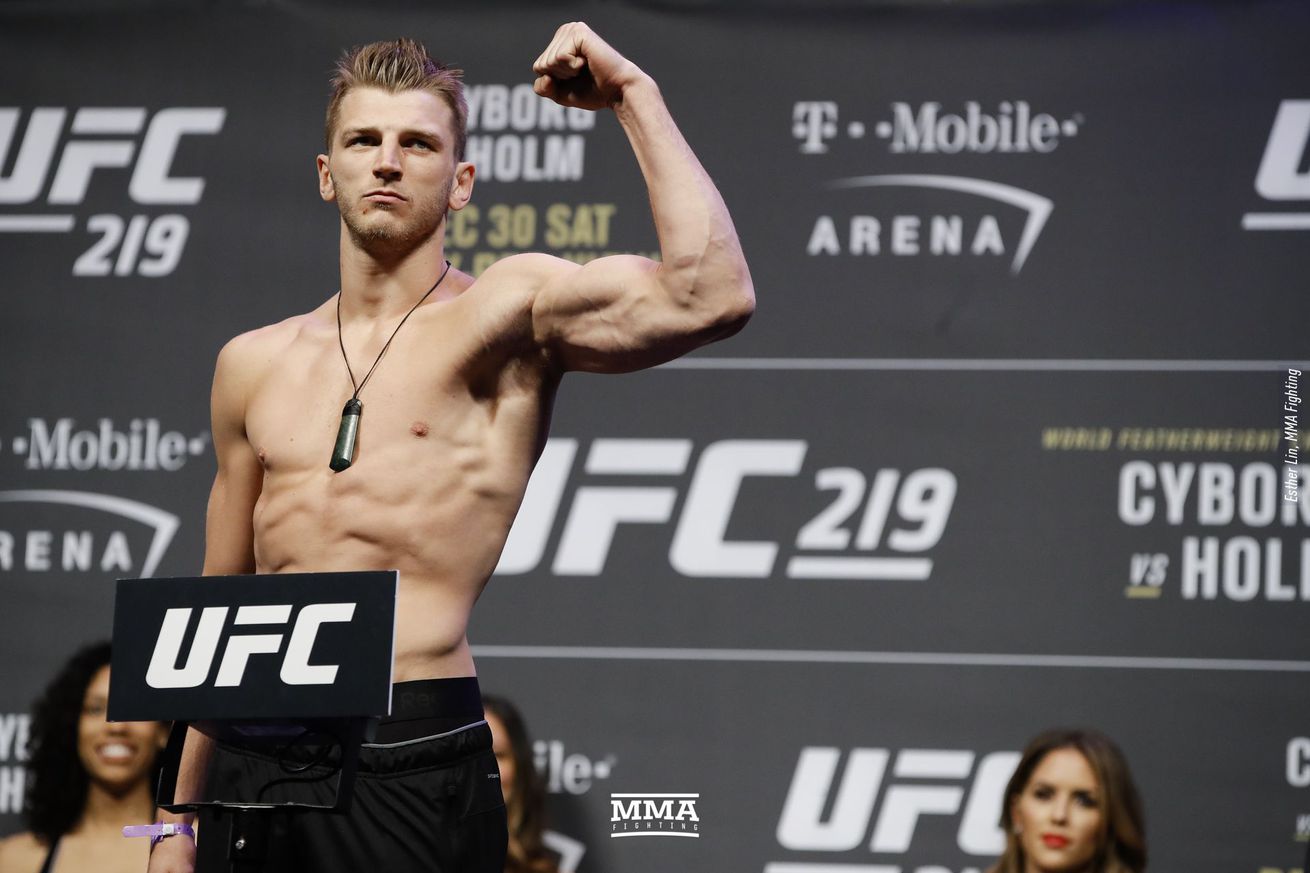 Over the weekend, UFC President Dana White confirmed that the rumored fight between Dustin Poirier and Tony Ferguson at UFC 254 would not be taking place. The fight was seen by many as both a title eliminator bout and as a backup option should someone fall out of the main event lightweight title fight between Khabib Nurmagomedov and Justin Gaethje; however, a dispute over Poirier’s compensation and instead of attempting to salvage it, the UFC would be moving on to other options. Now, one of those options may have been revealed.

Speaking with Submission Radio recently, City Kickboxing head coach Eugene Bareman suggested that his charge, fifth-ranked lightweight Dan Hooker would be interested in facing Ferguson if they can make the timeline work.

“October is a bit early for us, otherwise we would jump in there straight away for sure,” Bareman said. “But if they can push it back. Dan just got off concussion protocol now, so of this week. So, he’s only just started back training. So, obviously October might be a hard push.”

A fight between Ferguson and Hooker would make sense for the UFC in this situation as both men are coming off Fight of the Year contenders that saw each of them come out on the losing end. Unfortunately for Hooker, Ferguson still seems to have his heart set on facing Poirier.

On Monday, Ferguson took to social media to urge Dana White and the UFC to pay the inaugural recipient of the Forrest Griffin Community Award and make the fight happen. Poirier went on to echo Ferguson’s sentiments and now the fight is in an odd state of limbo, with both fighters seemingly wanting it and the next logical replacement to step in for Poirier not lining up well with the UFC’s preferred timeline. However, just because Bareman says October might be too soon doesn’t mean Hooker agrees. In fact, the City Kickboxing head coach says Hooker would be up to step in against Ferguson at UFC 254.

“He would do it,” Bareman said of Hooker. “I would have to talk him out of it, but he would probably do it one hundred percent. But Dan’s just back now, he’s getting fit again, it’s good to have him back in the gym. So, yeah, if they can’t come to terms, and it sounds like they haven’t come to terms, then we’ll jump in there and fight Tony for sure.”

Effort. Dana White reached out to President Trump in an effort to save Navid Afkari: ‘It’s a sad thing, I tried to help’.

Hall of Fame. Tyron Woodley says that Nick Diaz deserves to be a UFC Hall of Famer.

Champion. Henry Cejudo: Sean O’Malley ‘thinks he’s better than what he really is’.

Lobov on his return to MMA.

On to the Next One. Matchmaking following UFC Vegas 10.

The Co-Main Event. Discussing all the fights that happened this past weekend.

Tony's the type of guy who would manage his opponent and get him a new contract for the fight to happen.

This is the organization set up by the guy the UFC doesn’t want to pay.

All hands on deck Grateful for everyone who went out Sunday to help clear out debris from Hurricane Laura in Lake Charles & serve hot meals! Huge thanks to all of our donors for the continued support. We were able to donate several chainsaws, rakes & fuel to assist with clean up pic.twitter.com/cNF5uLOqV9

Dear Ben, I wrote you, but you still ain’t callin’... I left my cell, my pager, and my home phone at the bottom... https://t.co/onKiL49WRz pic.twitter.com/x9y5vyVDZr

Thanks for reading and see y’all tomorrow.