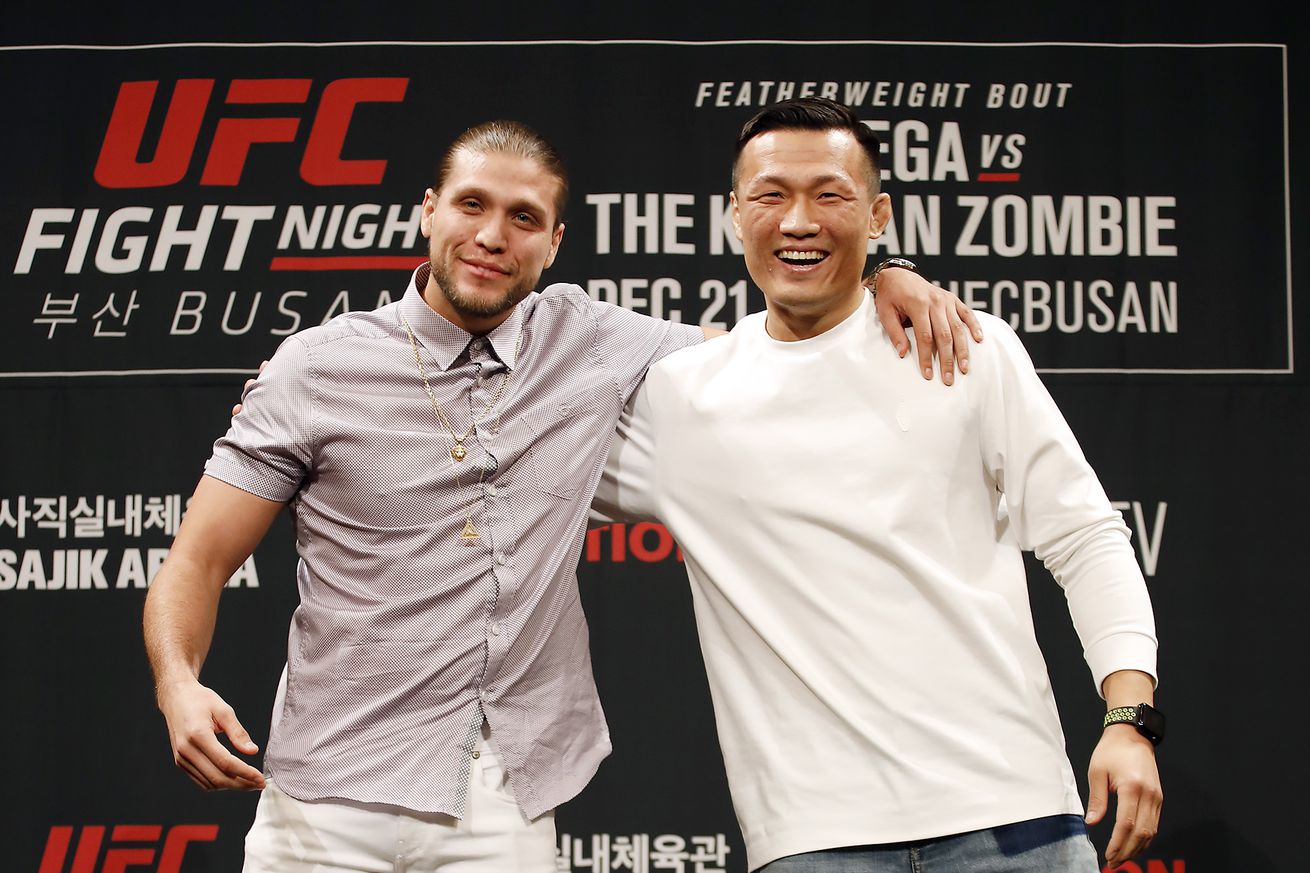 Things got personal between The Korean Zombie and Brian Ortega back in March, but Jung has managed to put his personal feelings towards Ortega aside ahead of their headlining featherweight bout at UFC Fight Night 180 this weekend.

Ortega instigated the drama when he slapped Korean hip-hop artist and BBoy Jay Park, who was sitting ringside with Zombie at a UFC event earlier this year, but Chan Sung Jung has assured the media that he has put that incident behind him ahead of UFC Fight Island 6.

“First of all, I don’t have anything personal toward Brian Ortega,” Jung said at the media day on Wednesday (h/t MMA Fighting’s Damon Martin). “I’m just excited to meet a great [fighter] who is ranked second, and I’m excited for this fight. I’ve been prepared for it for a long time.

“Having any animosity or anything else toward Brian isn’t going to help me in the cage. So I’m putting that aside. I’m treating him as Brian Ortega the fighter, as opposed to Brian Ortega the individual.”

“I don’t like what he did as an individual, but I can’t take that into the cage,” he added. “It’s not going to help me whatsoever. So we already addressed that at the beginning of camp. I’ve done a great job staying focused of what I need to accomplish.

“It’s not for Jay. It’s not for anything else. It’s complete business, and I’m just going to go in there and do my job.”

Jung, who heads into UFC Fight Night 180 on the back of a first-round knockout of former lightweight champion Frankie Edgar, will look to pick ‘T-City’ apart rather hunt for the KO.

“Ortega’s never been knocked out before. He’s been hit 300 times versus Holloway. So I don’t want to be the first one to do it. I’m not really focused on the knockout, but more importantly the win.”