At most UFC shows, Olivi is a reporter for ESPN, but on a few nights a year, she has multiple roles. On July 19, her husband Benavidez competed for the vacant flyweight title against Deiveson Figueiredo in the main event of UFC on ESPN+ 30, but it didn’t go his way.

A longtime bantamweight and flyweight pioneer, multiple-time UFC title challenger Benavidez was stopped in the first round by Figueiredo. After the four-event stretch of “Fight Island” concluded in July, the UFC released a the four-part docuseries “UFC Fight Island: Declassified,” which gave an inside look at the moments before and after Benavidez’s loss.

Speaking to reporters, including MMA Junkie, Olivi revealed that she actually hasn’t watched it yet and doesn’t intend to.

“I haven’t seen it,” Olivi said. “I mean, it’s the worst day of our lives, so what is there to relive? I was there for it, so I haven’t seen it. Everyone’s been super nice about it, and I have to say Rory, the producer and director of it, was absolutely incredible. Him and his entire crew were wonderful to work with. They were so sensitive, and they understood the situation and had such great respect. They were so wonderful even after.”

It’s tough for Olivi to relive that night, but she takes solace in knowing that other people can benefit from watching how they dealt with their tough moment, as well as her incredible bond with Benavidez.

“It’s also, that’s a risk, and that’s a part of our life, but to be able to show other people this is how we love each other, but also there’s gonna be highs and lows in life, and there could be moments that are worse than that,” Olivi said. “We’re healthy. We have good family. We’re able to make a living for each other.

“Yeah, he lost the fight, and his dream obviously was shattered right there, but we got to go home to our beautiful house with our health and see our families and stuff, so we have to kind of take it all in stride, and I think that Joseph is a beautiful example to a lot of people, and I’m so proud of him for that. So as much as I don’t wanna watch it, I know it provided something good for other people to see.” 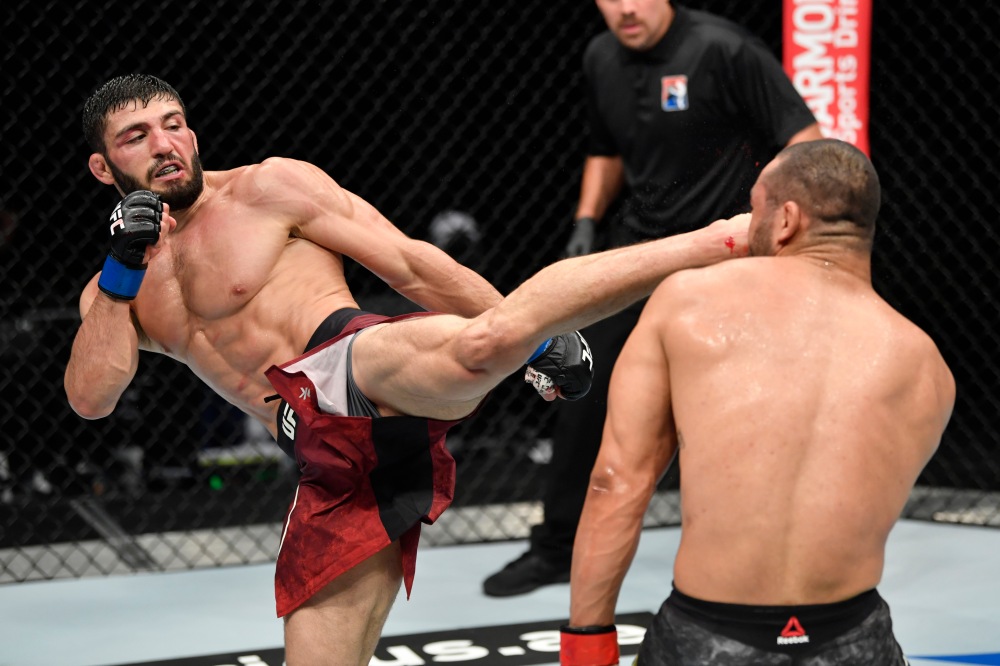