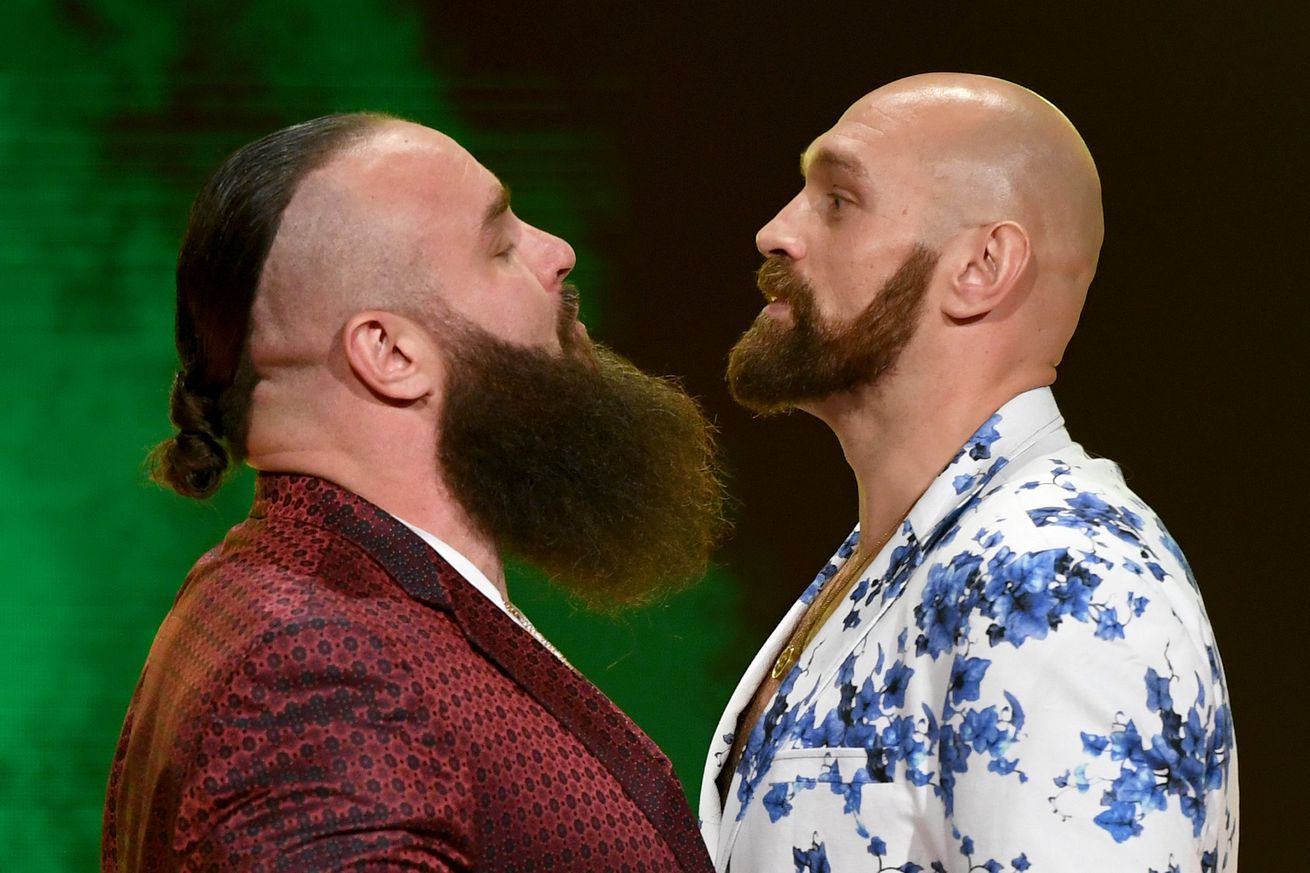 Fury says getting into wrestling was something he’s always wanted to do.

With Tyson Fury now in full promotional swing, after signing a deal with WWE to face Braun Strowman in Saudi Arabia, Fury makes an appearance on ESPN’s First Take to talk about his interests in the entertainment platform and how beneficial it can be to his brand.

“It’s something I’ve always wanted to do,” Fury said. “My whole life I’ve watched, I’ve been a big fan of WWE. Never really had the opportunity to do it with boxing commitments...after my last fight with that massive cut I’ve had time to let the hair down and really get involved...and here I am, about to fight on the biggest stage in the world.”

Triple H was also on-hand to talk about his role in recruiting Tyson Fury to the WWE, saying he searches for the top athletes in all sports to bring them into fold, and that when he came across a natural entertainer like Tyson Fury, it was an easy call.

Check out the full segment in the video above.