Beterbiev to make mandatory defense against Fanlong in next fight
badlefthook |  October 19, 2019, 06:35 AM 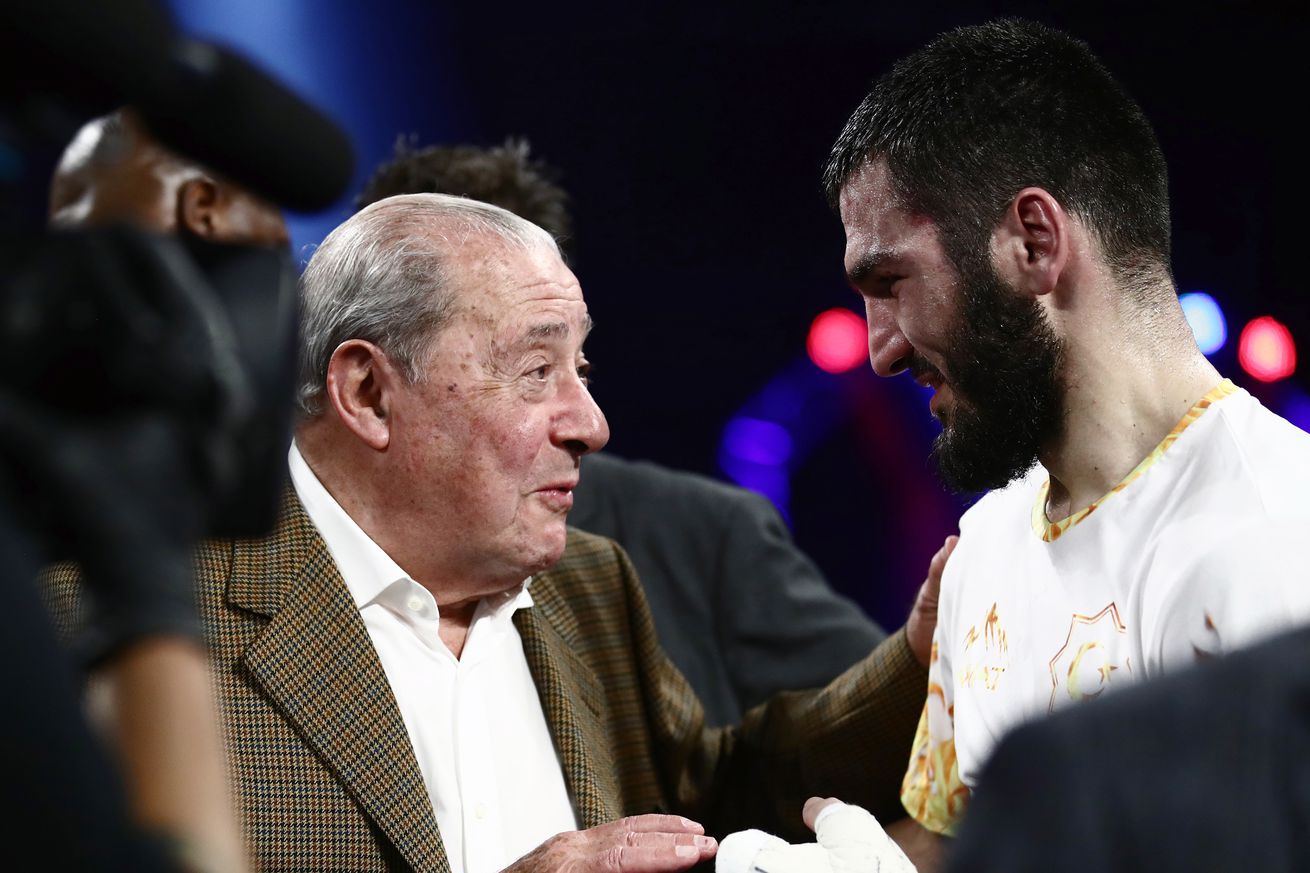 Fanlong is Beterbiev’s IBF mandatory, and the fight has to happen.

Artur Beterbiev came into Philadelphia on Friday with the IBF light heavyweight title, and left with that and the WBC belt in courtesy a 10th round stoppage win over Oleksandr Gvozdyk in an ESPN main event.

Just a couple of weeks back, IBF mandatory titleholder Meng Fanlong stated that he planned to tune in for Beterbiev-Gvozdyk, awaiting the winner.

The Athletic’s Mike Coppinger reported that Top Rank’s Bob Arum is planning to have Beterbiev (15-0, 15 KO) make that mandatory defense, and that it could take place in China. That would be probably the most interesting way to make the fight happen, and surely the place where it would be biggest and worth the most money.

Fanlong (16-0, 10 KO) is a former Olympian and has become a solid pro, but he’s not seen as a real top-tier fighter at 175, either. He has no name value in the US. And given the fact that Beterbiev doesn’t exactly fight to score points and take decisions, any worry about dodgy officiating should be pretty minimal.

Beterbiev-Fanlong is obviously not the fight anyone’s really going to want to see — that’d be Beterbiev against WBA titleholder Dmitry Bivol or the Nov. 2 Canelo-Kovalev winner — but it’s a mandatory, it is what it is. If Beterbiev doesn’t want to be stripped of the IBF belt, he has to fight Fanlong.

Coppinger also got this little gem from Arum, speaking of Canelo-Kovalev while we’re here:

I asked Bob Arum if it’s too bad, in a way, that Sergey Kovalev isn’t available to fight Artur Beterbiev since he presumably will lose to Canelo. “It would have been selfish for me to say he should have made himself available to get the shit kicked out of him by Beterbiev."