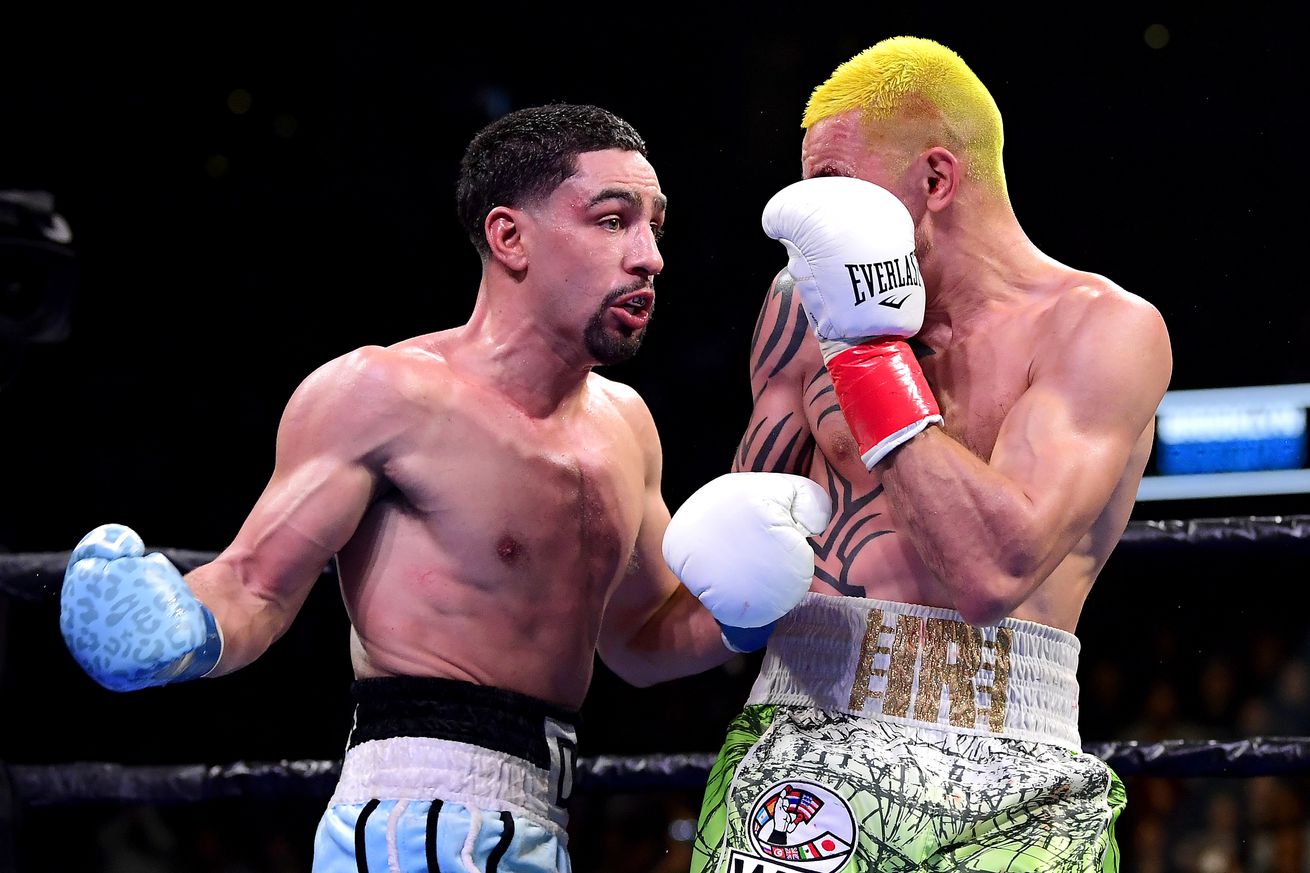 The two stars won last night in Brooklyn, even if neither wowed the crowd. So what’s next? Bigger fights, surely.

Being honest, neither former titleholder impressed with their showing. Garcia won a dull 12-round decision over overmatched Ivan Redkach in the main event, the highlight of which might have been Redkach biting Garcia on the shoulder in almost playful fashion, while Hurd took a 10-round decision over Francisco Santana in a fight that drew boos from the fans in attendance.

What’s next for Danny Garcia?

Garcia (36-2, 21 KO) was meant to be in a bigger fight last night, as he was in the ring to announce he was next for Errol Spence Jr last September, following Spence’s win over Shawn Porter to unify the IBF and WBC 147-pound titles.

Spence-Garcia was a good fight; maybe not what anyone was clamoring for — that would be Spence against Terence Crawford — but a good fight. Garcia, 31, remains a legitimate contender and a very good fighter. But Spence had a frightening one-car accident in October, shelving that fight for the time being. With none of the other big names available on relatively short notice, Garcia picked Redkach because Redkach is a southpaw, which Garcia hoped would keep him prepared for either Spence or WBA titleholder Manny Pacquiao.

And those are the targets for Garcia. He also mentioned desiring a rematch with Keith Thurman or a fight with Mikey Garcia, who returns Feb. 29 against Jessie Vargas. But the bigger fights are with Spence (26-0, 21 KO) or the 41-year-old Pacquiao (62-7-2, 39 KO).

If I were a betting man, I’d guess Manny is the fight Garcia gets. Spence plans to return in the spring if training goes well, and it’s expected he’ll have a relative tune-up fight to see where he’s at during real, live action outside of the gym. It’s not going to be someone on Garcia’s level, and Garcia probably doesn’t want to sit around waiting for Spence to be ready. He already sat from April of last year until last night’s fight, and he admitted that the time away may have put some rust on his performance, not to mention he said he had to drop 25 pounds in an eight-week camp. Garcia may have gotten a little too complacent sitting on the sidelines.

Danny believes his style can trouble either of the southpaw stars, and he may be right, though he’d probably be the underdog against Pacquiao and would definitely be the underdog against Spence. Garcia remains an effective counter-puncher, has enough power that all opponents have to respect it, and picks his shots effectively. Garcia may not have any A+ attributes, but he’s solid or better across the board, maybe other than he can be a little lead-footed.

If Pacquiao doesn’t come together and Spence doesn’t surprise everyone by jumping right back into the fire against Garcia, then you get into other options. A Thurman rematch seems unlikely; Keith is coming off of a loss to Pacquiao and may not want to jump right back in with another top name, perhaps preferring his own tune-up return.

Mikey Garcia could well be possible. He’s working with Matchroom and DAZN for the Vargas fight, but as he made incredibly, comically clear in a recent interview, it’s a one-fight deal that leaves options for both sides and is structured in a way that lets him go after a bigger fight elsewhere if one exists. And I wouldn’t exactly be 100 percent confident Garcia beats Vargas in the first place.

Beyond those guys, PBC has other names. A rematch with Shawn Porter? Maybe. Porter is talking with Terence Crawford about a crossover PBC/Top Rank WBO title bout, but we’ll see if that goes anywhere. Yordenis Ugas returns this weekend, but Ugas isn’t someone any of the “stars” at 147 seem dying to fight. PBC fighters Sergey Lipinets and Josesito Lopez would both be disappointing choices for most.

If it’s going to be a big one next for Garcia, bet Pacquiao. It’s an attraction; Manny remains one of boxing’s biggest drawing cards, and it would be the biggest fight of Garcia’s career to date, like it was for Thurman when he faced the Filipino legend last year. The wild card there may be Conor McGregor, whom Pacquiao’s team are really pushing to face in a massive novelty event.

What’s next for Jarrett Hurd?

Hurd (24-1, 16 KO) said all leading up to the fight that he was going to be changing his approach in the ring; less stalk-and-brawl, more boxing under new trainer Kay Koroma. I picked the decision in the staff picks, everyone else took the stoppage. Almost everyone expected the stoppage. Maybe they didn’t buy that Hurd would change as much as he was letting on, or maybe they just (quite reasonably) expected that even if he did box smarter, he’d eventually get out the naturally smaller Francisco Santana.

Hurd did try in the 10th and final round, dropping “Chia,” but Santana is a veteran survivor, hasn’t been stopped in a long time, and got through the full scheduled distance. Hurd isn’t really that big of a puncher in a one-punch power sense, he has mostly gotten his stoppages wearing opponents out with a relentless attack. No relentless attack, not so many stoppages are likely.

The major question about Hurd’s change in philosophy is what happens when he, a very large junior middleweight, isn’t fighting a C+ welterweight. We’ve seen a ton of fighters over the years say they’re going to fight safer for their longevity, box smarter and extend their careers. But when push comes to shove, the instincts kick in, the natural flow they came up with returns, and they revert to type. Hurd’s 29, he’s not going to suddenly become a totally different fighter. And if he tries to force it too much in a tougher matchup, he’s probably not going to be effective. We didn’t exactly see a slickster working behind a piston jab against Santana.

As for Hurd’s next outing, it’s really anyone’s guess, because 154 is a tumultuous division. The good news is that PBC have most of the top fighters, including WBC titleholder Jermell Charlo and new WBA/IBF titleholder Jeison Rosario, plus Julian Williams, Erislandy Lara (with whom Hurd had the 2018 Fight of the Year), Brian Castano, Tony Harrison, and Terrell Gausha. We could see Hurd in with any of those guys. We could also see Hurd in against another tune-up sort of opponent to keep working on his game. A fight with someone like Jorge Cota might help Hurd and Koroma continue their fine-tuning, even if ultimately the tuning is only going to get so fine.