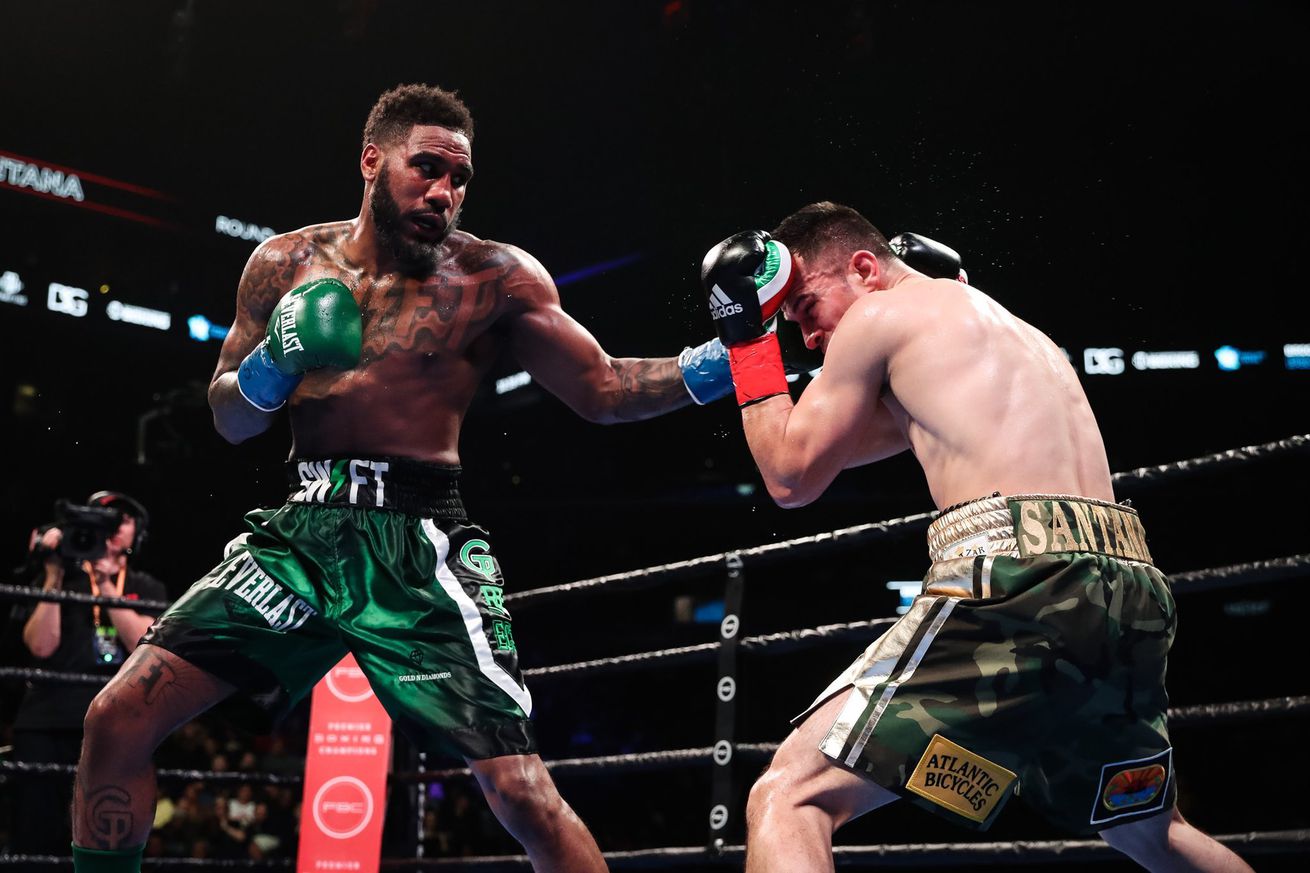 The former 154-pound titleholder didn’t win over the fans, but he took the W all the same.

Former unified 154-pound titleholder Jarrett Hurd said he was coming out in his return from a long layoff and a loss last year to Julian Williams looking to change his style up a bit, and he did that. It didn’t gain him any new fans in Brooklyn, but it got him a clear decision win over Francisco Santana.

Our live coverage for Garcia vs Redkach continues here! Join us!

Hurd (24-1, 16 KO) boxed carefully for the most part, giving up his stalk-and-brawl style for a more measured approach, which worked out well enough tonight against a somewhat overmatched veteran who was coming up in weight. We’ll see how Hurd fares if he tries this approach against a more dangerous opponent, but that’s for the future. Tonight, he won on scores of 97-92, 99-90, and 99-90, with Bad Left Hook scoring the fight 99-90 twice for Hurd.

The 29-year-old Hurd said before the fight that he was looking to “get back in the groove” tonight following last May’s upset loss to Julian Williams. Whether or not he did that is debatable, I suppose, but Hurd seemed happy with the win despite a fair amount of boos from the fans during and after the bout, and he did drop Santana (25-8-1, 12 KO) late in the 10th and final round, after finally applying some of the pressure that has been his trademark.

Hurd, who was working with a new trainer tonight, wasn’t the prettiest boxer working behind a jab, but it was effective enough to get the win, and he says he’s not dwelling on what happened last year with Williams.

“That’s the past,” he told Showtime’s Jim Gray. “We’ve moved on. We came out here and got the job done.”

Asked what was next, Hurd said they’ll be targeting the best, and PBC definitely has most of the top fighters at 154 pounds, including titleholders Jermell Charlo and Jeison Rosario.