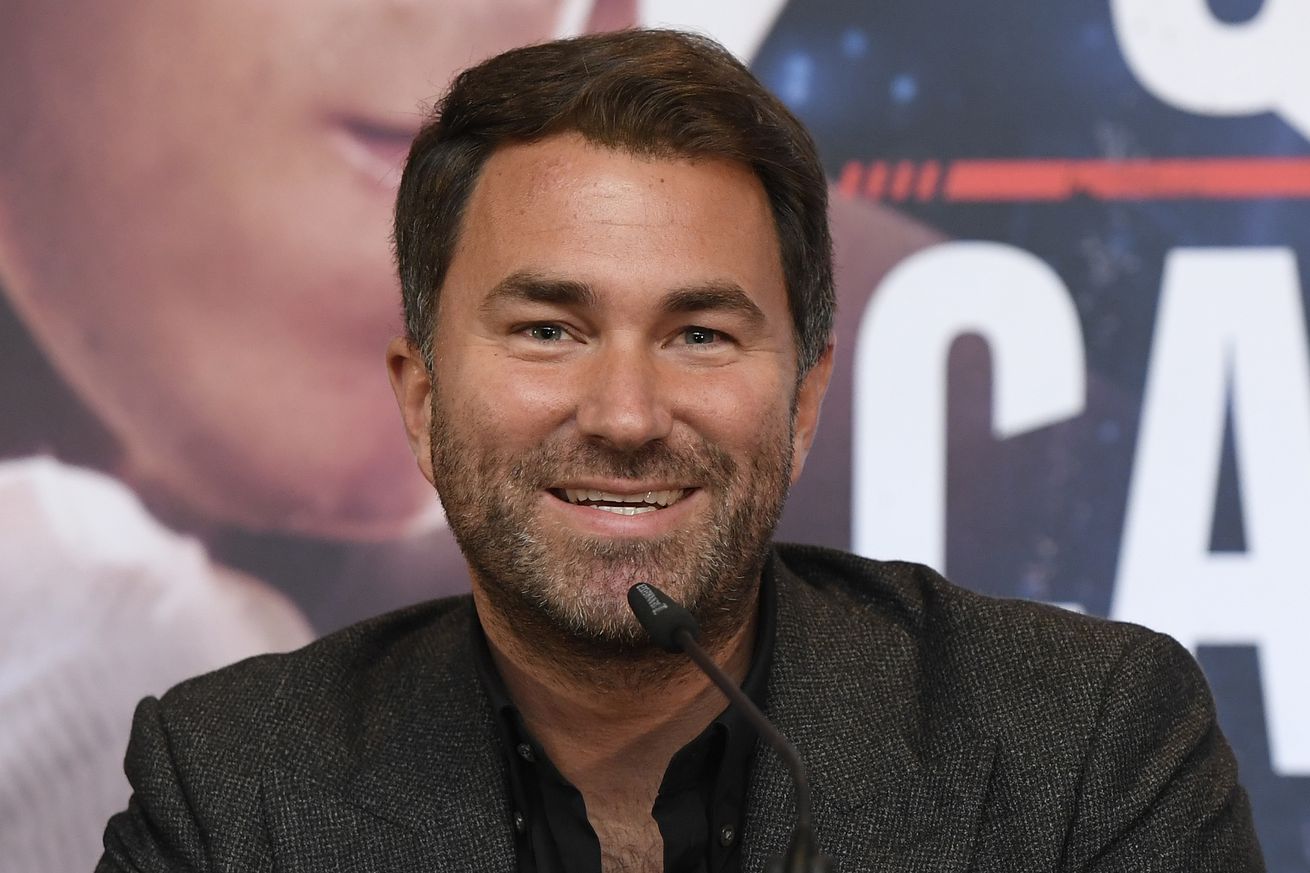 Hearn begins to narrow down venues as they finalize negotiations with Kubrat Pulev.

At this point it’s all but a done deal that unified heavyweight titleholder Anthony Joshua will be making his IBF mandatory title defense in his next outing against Kubrat Pulev. Matchroom promoter Eddie Hearn confirms that both sides are close to finishing a deal for the fight that he’ll likely stage in May or June in the United Kingdom.

A number of venues in the U.K. are still in play for this fight according to Hearn, and we should expect to hear more details in short order. In the meanwhile Hearn also confirms that Joshua’s other mandatory challenger, Oleksandr Usyk, has essentially reached terms to fight Dereck Chisora next, and that we can expect to see that fight come off in late March, early April.