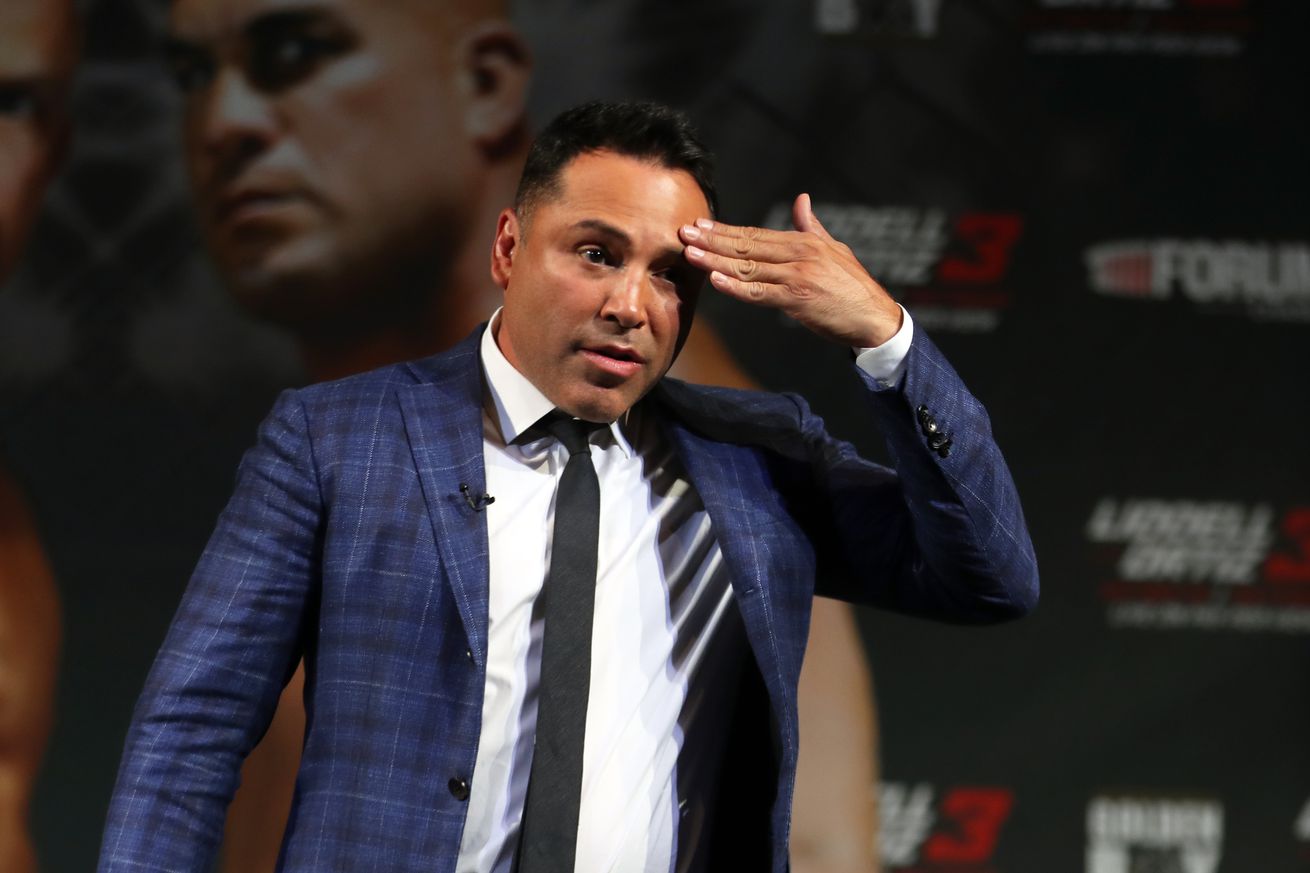 The Golden Boy promoter has is being sued in another serious incident.

Apparently Golden Boy promoter Oscar De La Hoya will have a lot of court dates to attend to in the near future. Fresh off the news that De La Hoya was being sued by DJ Tattoo, TMZ is now reporting that the promoter is facing other serious allegations, with a woman suing him for sexual assault and battery based on a 2017 encounter.

Specifically, the woman alleges that she met De La Hoya in 2016 when the commenced a consensual sexual relationship. But apparently things took an ugly turn in November 2017 when the boxing promoter invited her to his home in Pasadena, CA. It was at that time the woman says she encountered De La Hoya with bottles of alcohol and a bag of what she believed to be cocaine.

After De La Hoya allegedly got wasted, the woman claims that De La Hoya invited her to his bedroom where he asked her if he was okay with some sexual experimentation. The woman’s lawsuit states that when she denied several unusual requests by De La Hoya, he became frustrated and physically held her down with one arm while trying to insert his other fist into her vagina, which she claims he managed to accomplish while she demanded him to stop.

The lawsuit claims the woman screamed in pain at De La Hoya, and that De La Hoya effectively laughed it off and told her to just take a shot of alcohol, at which point she left the premises. The woman claims she suffered extreme swelling and pain and was prescribed medication during an urgent care visit, not to mention treatment from a psychologist who diagnosed her with PTSD stemming from the alleged assault.