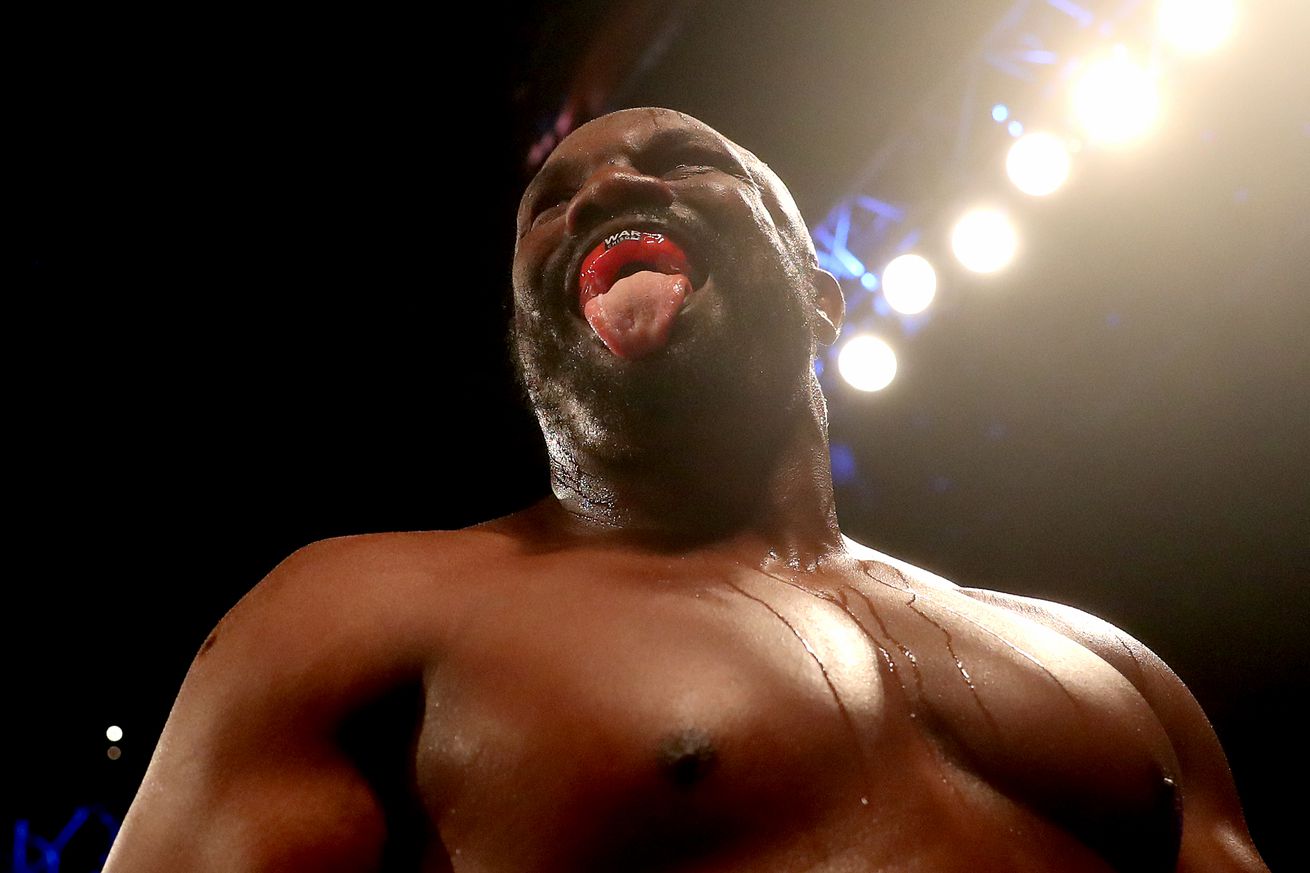 The heavyweight veteran returns Saturday, but is looking for a bigger fight in 2020.

Heavyweight veteran and former world title challenger Dereck Chisora returns to the ring this coming Saturday on DAZN, facing David Price in London. Price is subbing in for original opponent Joseph Parker, and with Chisora the odds-on favorite to win this weekend, there is at least some thought already to what he might do next year.

One potential option is former undisputed cruiserweight champion Oleksandr Usyk, who moved up to heavyweight on Oct. 12 with a win over Chazz Witherspoon. There remains some question about how Usyk (17-0, 13 KO) will fare longer-term and against tougher foes in the division, and Chisora (31-9, 22 KO) is nothing if not tough, determined, and a legitimate heavyweight.

Chisora, 35, says that’s a fight he wants, and took some stabs at training footage of Usyk showing off his agility:

“Him and his team they need to stop juggling balls, it’s not a circus. Come and do what you need to do. Forget the juggling balls and dancing. Nobody wants to see a dancing show. Come Dancing with the Stars? This is a boxing match. You know what, I want to have that fight. Yeah, I would take it, 100 per cent. No shadiness, nothing, I’ll take that.”

Assuming Chisora gets through Saturday with a win, he would definitely be a fitting next opponent for Usyk if you’re looking for Usyk to prove a bit more at heavyweight than beating Chazz Witherspoon, a long-busted former prospect who never really broke through, and came in on less than a week’s notice, to boot. Chisora, on paper, would certainly be a tougher ask than Witherspoon.

But the 32-year-old Usyk and his team have repeatedly said they’re not looking to spend a lot of time “tuning up” in the division, either, and he is already the WBO mandatory challenger in the division. The winner of the Ruiz-Joshua rematch on Dec. 7 could be forced to face him next, and that is obviously a much bigger fight for Usyk than one against Chisora would be. The thinking seems to be that if Usyk is going to be taking the physical risks against naturally bigger men, he might as well go for the gold as soon as possible.