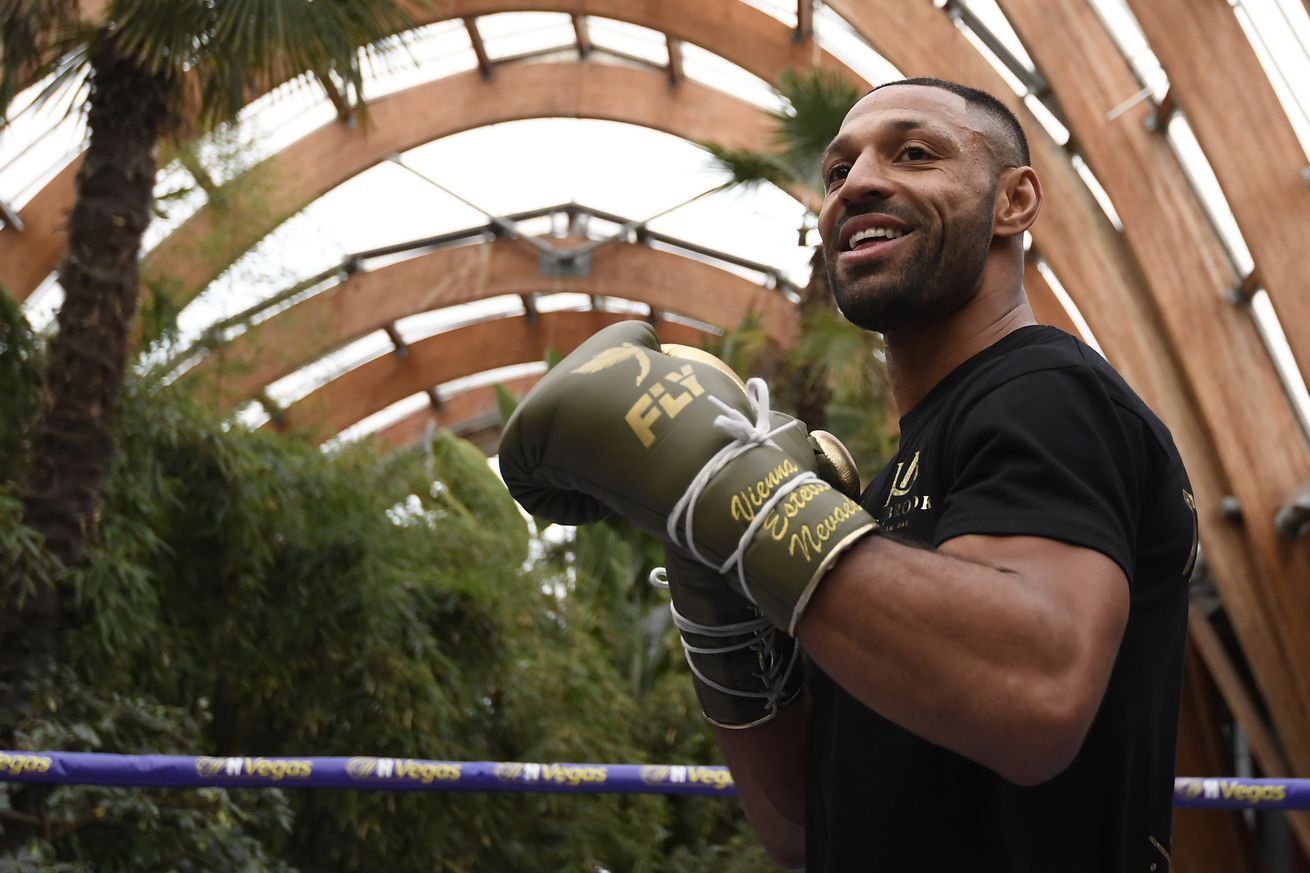 Brook returns to action this weekend against Mark DeLuca.

With Kell Brook (38-2, 26 KOs) set to make his ring return this weekend against Mark DeLuca (24-1, 13 KOs), the British fighter still has an eye on working his way back into big fights, and he’ll have to look good here if he’s going to do it.

Brook, 33, mentions that if he somehow manages to lose to DeLuca that he’ll immediately announce his retirement in the ring, but if he comes through he’ll then look to take on some of the toughest opponents between 147 and 154. It’s no surprise that Amir Khan remains on the top of Brook’s list of preferred opponents (though not currently considered to be one of the toughest opponents out there), but Brook also says he’d love an opportunity to rematch Errol Spence after dropping his IBF title to him in 2017.

The Sheffield fighter admits that he regrets the way he handled his career by moving up to middleweight challenge Gennady Golovkin only then to drain himself back down to 147 in order to make that welterweight title defense.

“I wish I could take it back because I would still be unbeaten. Putting on the extra muscle and weight to fight Golovkin, getting my eye broke, then ballooning in weight, then having to drag myself back to 147 limit, then getting ill and a chest infection because my immune system was low. But at the time, it was an opportunity.”

But with Brook now looking towards his next big opportunity, one he had hoped to land before the end of 2019, he says that it’s a must that both he and rival Amir Khan look good against their next opponents if they’re ever to square off in the ring. Khan has just resurfaced in the boxing gym, but his immediately plans are unclear at this time.

By now you’d think Brook would’ve given up on this Khan pipe dream, with Khan clearly having no interest in facing him over the years, but grudge matches are an easy sell and many still believe that fight could do good business across the pond.