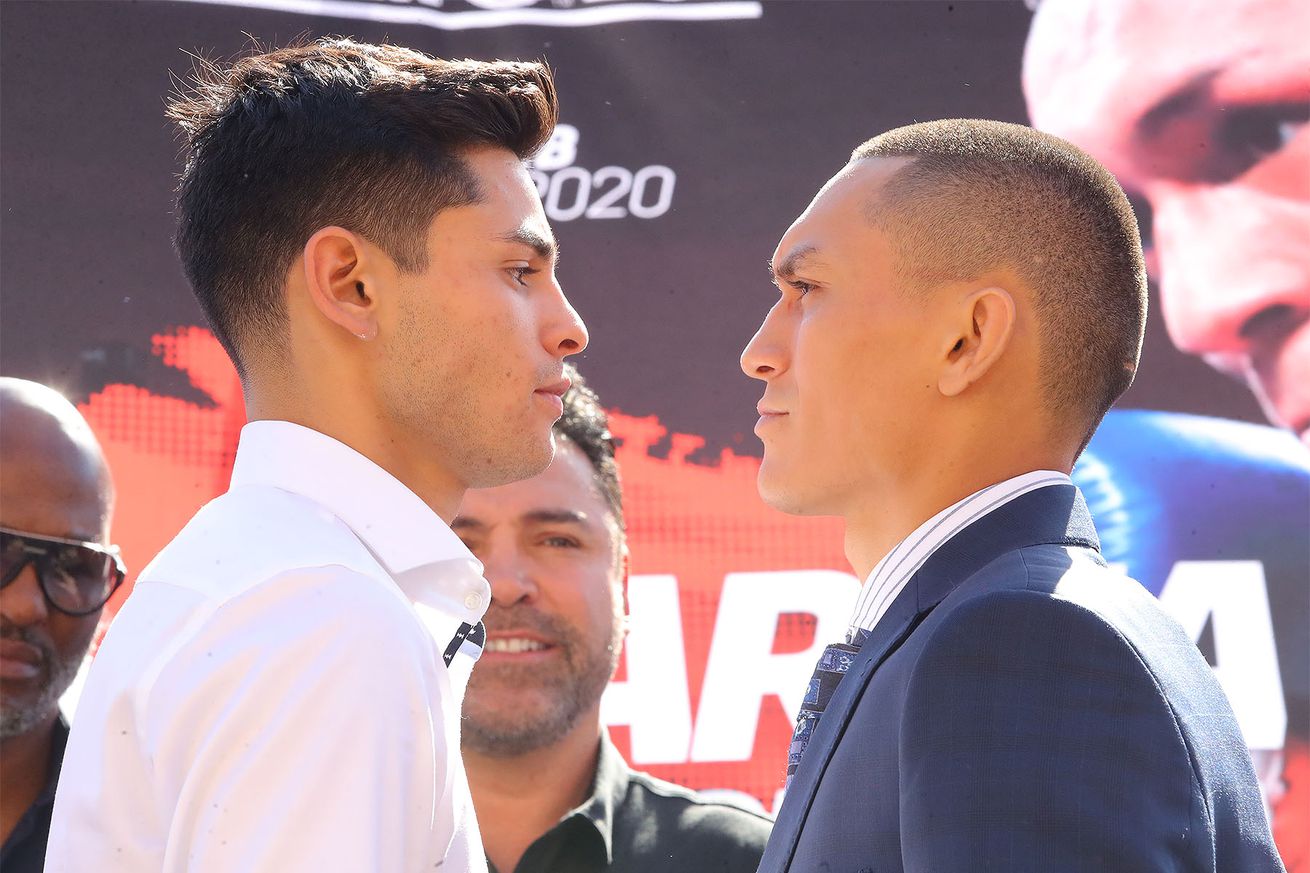 The 21-year-old prospect returns to action on Friday against Francisco Fonseca.

Lightweight prospect Ryan Garcia returns to action on Friday night against Francisco Fonseca, and the 21-year-old fighter sounds like he’s ready to take a leap in competition next.

Garcia (19-0, 16 KO) has built a considerable amount of social media hype, but boxing pundits and fans remain more mixed in their assessment of where he’s at.

“2020 is the year to show everyone that I’ve got the skills and talent to take on bigger challenges,” Garcia said at Wednesday’s press conference. “I’ve been working hard and training every day, and I’ve sacrificed a lot of things to become a better fighter.

“Francisco Fonseca is a tough fighter, and this gives everyone a chance to see how good I am. I’m ready, so let’s show everyone that boxing is here to stay.”

Fonseca (25-2-2, 19 KO) is a 25-year-old Nicaraguan who has twice challenged for world titles at 130 pounds, coming up short against Gervonta Davis in 2017 and Tevin Farmer in 2018. He’ll be a big underdog against Garcia on Friday.

“I’m going to come prepared to give a great show, and God willing I’m going to take the win,” he said. “I’m ready for this.”

Golden Boy’s Oscar De La Hoya, whose company had its issues with Garcia last year before coming to terms on a new deal, is sounding ready to push the young star into deeper waters.

“Ryan Garcia is taking boxing to the next level at the Honda Center, the home of many big fights featuring the likes of Julio Cesar Chavez and Canelo Alvarez,” De La Hoya said. “This is a very important card for all participants. Garcia has developed into an athlete that is deserving of a world title.”

The co-feature may produce that sort of “bigger challenge” that Garcia says he’s hunting for, as veteran and former three-division titleholder Jorge Linares (46-5, 28 KO) looks to get back on track at lightweight against Carlos Morales (19-4-4, 8 KO).

If Linares wins, Oscar De La Hoya has mentioned wanting to do that fight next, though Garcia’s trainers don’t seem quite so keen to jump on it just yet.

That said, the 34-year-old Linares has to win, and that’s never a full guarantee with the Venezuelan technician, who had little to say, and has never been much of a talker.

“I’m so excited and happy to be here, this is my first time at the Honda Center,” Linares said. “I’m ready to make an amazing show on this great card. Good luck to all the boxers!”

“I’m really thrilled to fight someone like Jorge,” Morales offered. “He’s probably the best lightweight of his era. I’m excited to test my skills against a Hall of Famer in boxing, and we’re going to give a good fight.”

“I’m very excited to fight in my hometown,” Rocha said. “I know I have a very tough competitor, but I’m ready to shine.”

“It’s great to be on an undercard with talent as great as Ryan Garcia,” Cobbs remarked. “The most exciting man is boxing is here to take over the welterweight division, and I’m here to stay.”