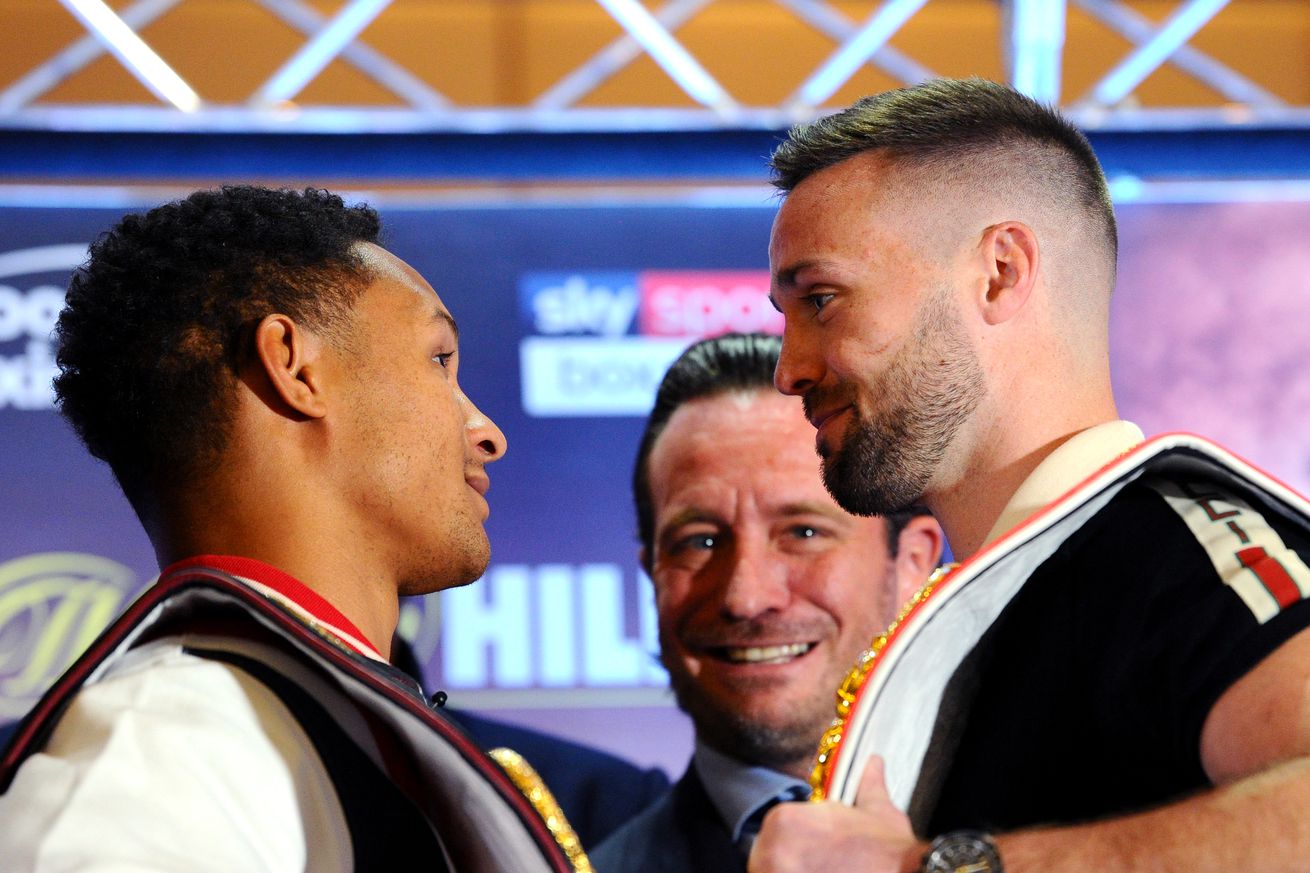 This Saturday streaming live on DAZN, one of the best matchups of the year takes place in London as Regis Prograis faces Josh Taylor in a 140-pound title unification.

Two belts at the Muhammad Ali Trophy, as this is the final of the World Boxing Super Series tournament. Prograis is defending the WBA title, Taylor the IBF belt. Each man won their title within the tournament, as Prograis took the WBA strap from Kiryl Relikh in April, and Taylor snatched the IBF from Ivan Barnachyk in May.

This fight is also, to many, for supremacy at 140 pounds, though WBC/WBO titleholder Jose Ramirez certainly has his own argument.

How did Regis Prograis get here?

The 30-year-old “Rougarou,” born in New Orleans and now based in Houston, broke out on ShoBox without a huge power promoter behind him — no disrespect to Lou DiBella, who still does a great job, but these days getting a star made without a major machine is more difficult than ever in boxing.

Prograis (24-0, 20 KO) made his ShoBox debut in Aug. 2015, winning a shutout eight-round decision over Amos Cowart, and he followed up on the series with victories over Abel Ramos and Aaron Herrera before getting a spot on the Thurman-Porter undercard in Brooklyn in June 2016.

That was the fight that really stepped Prograis up. He headlined on ESPN in July 2018, dominating Juan Jose Velasco, and then signed up for the World Boxing Super Series starting three months later.

In the tournament, he won a won a 12-round decision over former lightweight titlist Terry Flanagan, and this past April, stopped Kiryl Relikh in the semifinals to grab the WBA title, making him a world champion for the first time.

How did Josh Taylor get here?

Taylor, 28, known as “The Tartan Tornado,” is the most promising Scottish boxer to come along in some time, a boxer-puncher who excelled in tae kwon do as a youth before turning to boxing at age 15. He became a good amateur, winning silver at the 2010 Commonwealth Games as a lightweight, and gold at the 2014 event as a light welterweight. Between those tournaments, he fought at the 2012 Olympics in London, where he lost to Italian veteran Domenico Valentino.

Taylor turned pro in 2015, signing with Barry McGuigan, and has run through most of the competition thus far. He won the Commonwealth junior welterweight title in Dec. 2016, beating Dave Ryan, and retained it in 2017 defenses against Warren Joubert and Ohara Davies, the latter a hyped prospect vs prospect matchup that Taylor dominated.

Taylor followed that run up with stoppage wins over veterans Miguel Vazquez and Winston Campos, then in June 2018 took on veteran contender Viktor Postol, a former titleholder at 140.

Postol was game and a legitimate step up for Taylor, but Taylor got the job done very effectively, dropping the Ukrainian en route to a decisive decision victory over 12 rounds. Following that win, he signed up for the World Boxing Super Series, hoping to establish himself as the true top fighter at 140 — like Prograis, he didn’t have a massive promotional machine behind him, so the risk was worth taking.

In the first round of the tournament in Nov. 2018, Taylor thrashed Ryan Martin, an American prospect who turned out to be far from ready for someone on Taylor’s levels. The Scotsman captured his first world title in the semifinals, beating the rugged and powerful Ivan Baranchyk via decision in May of this year.

How do the fighters match up?

Like last weekend’s Beterbiev-Gvozdyk matchup, which lived up to the hype, this is not just a meeting of two top-ranked, undefeated fighters in their primes, it also figures to be an entertaining fight.

Prograis excels when he’s able to flow freely with his offense, but Taylor is a more complete fighter than anyone the Louisianan has faced to date. That said, Taylor hasn’t faced anyone with the well-rounded firepower of Prograis, either. Baranchyk, Taylor’s last and arguably best win, may be a bomber, but he’s also a bit predictable and has just the one speed. And while Relikh, Prograis’ last and best win, is a good fighter, he’s never been considered as good as Taylor is now.

Prograis believes that Taylor is defensively flawed, which he is. Whether he’s flawed enough is the bigger question, and another is whether or not Taylor’s offensive skills will poke some real holes in Prograis’ armor. Both guys believe they have the superior style and are determined to prove it on Saturday. Bottom line, this fight is tremendously matched and should be a good one.

As of this writing, the American, who has traveled to London, is the slight favorite, with lines for Prograis between -152 and -189, with “underdog” Taylor listed between +130 and +140. If you follow the lines, you know how close that means this fight is seen as being on paper — it’s rare a big-time main event has odds this narrow.

Check back on Friday at Noon ET for our staff picks!

We took a look at the undercard earlier this week, so check out the preview for Chisora-Price, Burns-Selby, and Ngabu-Okolie. It’s a stacked card.