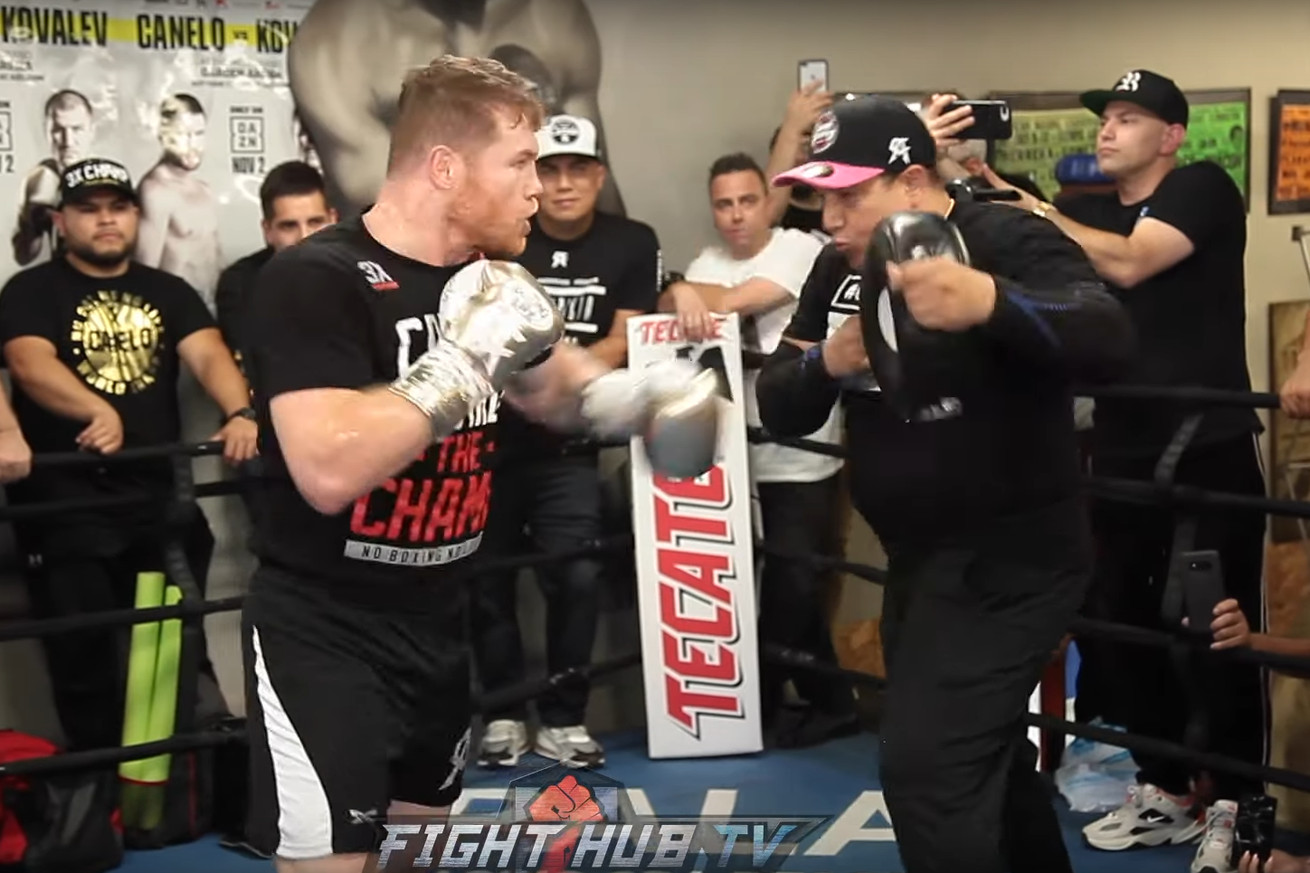 Canelo holds his media workout ahead of his light heavyweight title fight with Sergey Kovalev.

In this particular segment you can watch Canelo rip off heavy body punches with his trainer Eddie Reynoso. Canelo appears to have some serious thud behind those punches, and given some sentiment that Kovalev doesn’t take it to the body very well, Canelo might be looking to hand him a colostomy bag.

Of course there are those who have serious questions about how Canelo’s power will translate up the the light heavyweight division, which I think is pretty fair, although if he cracks Kovalev with some of these shots I’m sure Kovalev will feel them.

Anyway, whether or not you want to read anything into this, here’s at least a chance to get a glimpse of Canelo’s current form as he prepares to jump two divisions to earn another major world title.