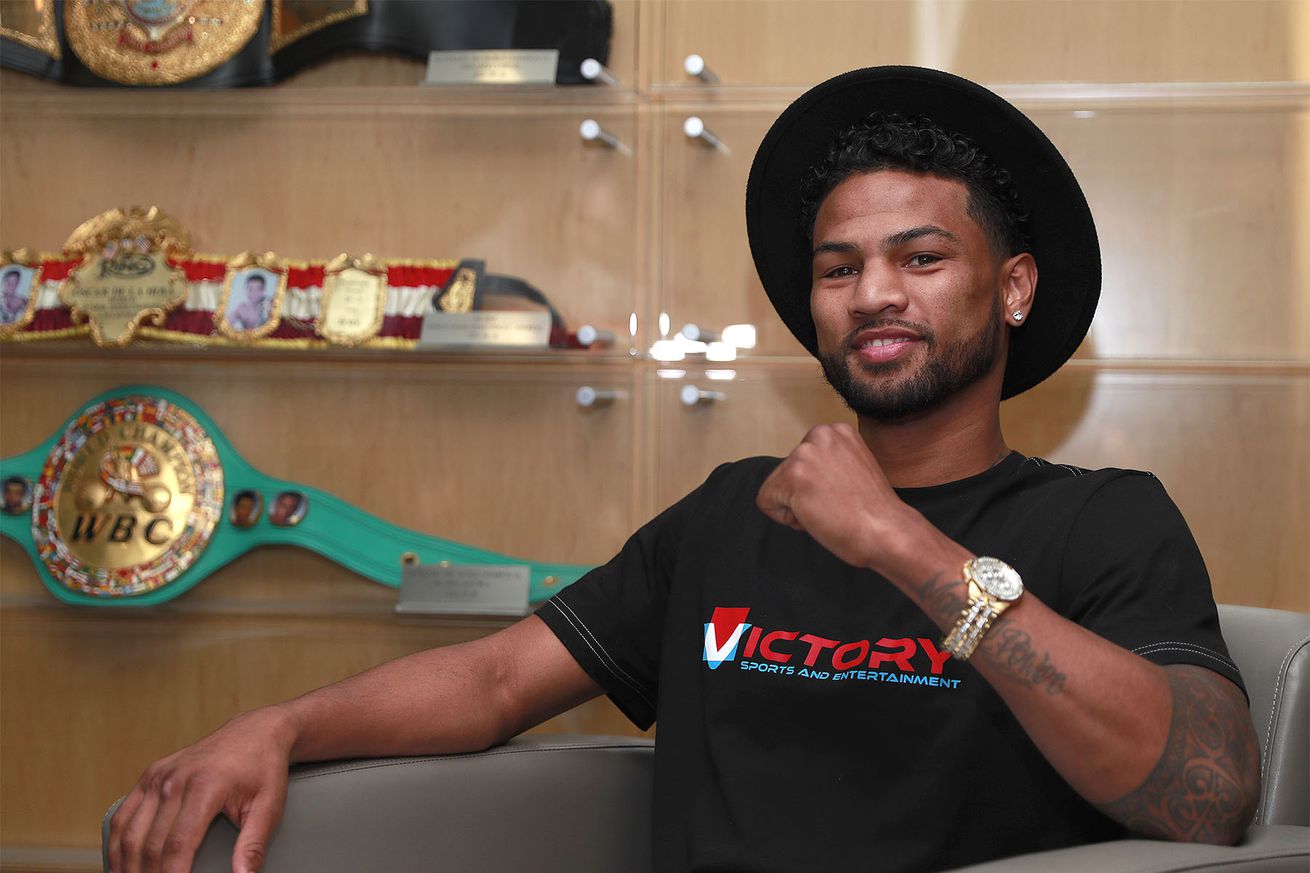 The 29-year-old second generation fighter will be coming to DAZN screens near you soon enough.

The son of one of Golden Boy’s earliest stars is coming home, as it were, as Shane Mosley Jr has signed a co-promotional deal with Golden Boy Promotions.

“I am thrilled to be joining Golden Boy,” said Mosley. “I feel this was meant to be; I’ve known Oscar, Eric and Robert since I was a kid. It feels like a homecoming. This is an incredible opportunity for me and a big step in the right direction on the road to becoming a world champion. I’m grateful to Golden Boy, The Contender and my management team, Victory Sports, for making this happen.”

“Shane Mosley Jr is family to us,” said Golden Boy chairman and CEO Oscar De La Hoya. “We’ve known him since he was very young. So, I’m delighted to have him join the Golden Boy stable. This is the place where he belongs, and I’m positive that he will flourish in his new home.”

The 29-year-old Mosley, a middleweight, is, to be frank, neither prospect nor contender. But he’s a fighter to be added to the stable, and as we’ve said many times, the current climate of boxing makes locking up a lot of mid-tier fighters more valuable than ever, both for the fighter and the promoter. There are a lot of televised fight slots to be filled on various cards, and Golden Boy’s deal with DAZN means they have a lot of content to deliver.

Mosley (15-3, 9 KO) doesn’t have the pedigree his Hall of Fame father did, turning pro at age 23 in 2014, and suffering a loss in his third fight. He also lost an eight-round split decision to Australia’s David Toussaint in 2017 on the Pacquiao-Horn card in Brisbane, and made it to the final of the 2018 “Contender” series, losing a wide 10-round decision to Brandon Adams.

But if Mosley can fine tune things and get on even a little bit of a run, his name value and connection to Golden Boy could absolutely get him a big fight at some point. He’s a 6’1” middleweight with a 77-inch reach; there are things to work with physically, and he’s proven tough, too.

Ronald Hearns got a world title fight based on his last name; Mosley can, too, if he holds up his end for a bit. And if we don’t get to that point, then we’ve got a guy for DAZN prelims and Thursday Night Fights slots.