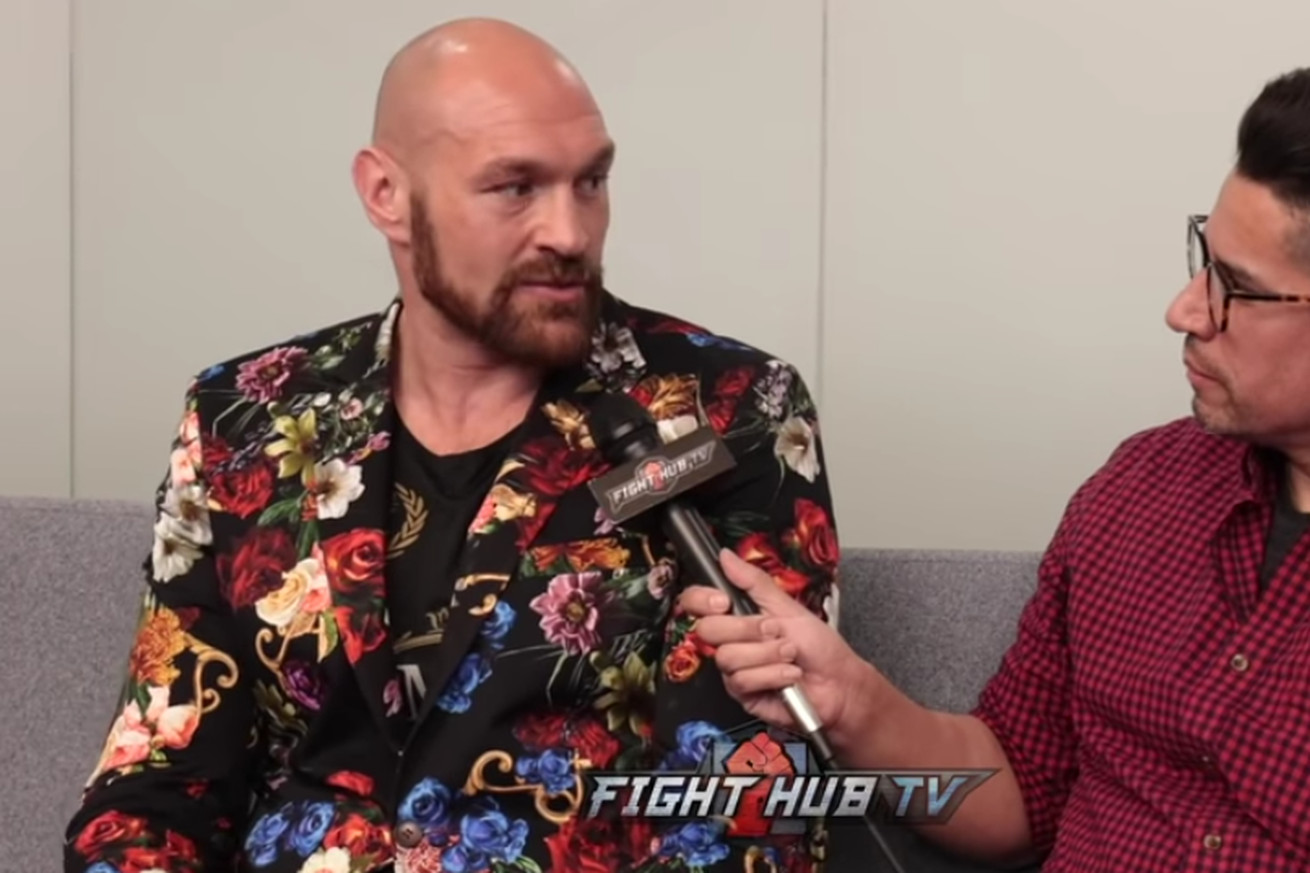 Tyson Fury has a particular punch in mind for his second round knockout prediction.

On the lead-up to the fight

“Like I say, these press conferences and face-offs and all that, I don’t think they really mean much, to be fair. Both fighters train hard and they’re both coming to win and do damage, and that’s what both men will be trying to do; knock the other one out and go home.”

On how he thinks the rematch will go

“I think the rematch is a totally different fight. I’m looking for a knockout from the first bell and I’m sure he’s going to be doing the same. It’s gonna be a quicker fight than it was. I don’t see it going the distance.”

“I just want to give him some payback, make him kiss that canvas a few times.”

On his new training team and Javan “SugarHill” Steward

“He’s good at what he does. It’s awkward to start with and you get used to it. But when it clicks, it really works. We’ve done some great work in the gym and I’m really happy with me progress. It was a great move. It was one of the best decisions I ever made, and the best timing as well.”

“I’ve employed a full-time nutritionist and cook. More dedicated for this fight than I’ve ever been. I’ve limited meself to an hour a day on the phone. I’m not having no Diet Cokes, no hundred coffees a day. I really am taking it to the utmost seriousness that I can. I can’t prepare any better for this fight than I have. There’s no more I can do. I’m getting to bed early, waking up early. I’m eating all the right foods, drinking tons of water. I’m having vitamins, I’m having minerals, I’m having everything a fighter needs to be successful.

“I’ve got the right sparring partners; tall guys, powerful guys, awkward guys. One in, one out, eight in a row. I’ve got everything you can ever need. I’m happy in me own mind. I’ve got nothing going on back home that’s distracting me. Everything is where it should be. I can’t ever remember having a fight where everything is going so well, regarding to injuries, dedication, no distractions. That makes a big difference. Nothing else matters in my life at the moment apart from this fight.”

“It’s been very good. I don’t really have that much going on anyway at home. I’ve got no place I’d rather be than here, doing what I’m doing now. I wouldn’t rather be anywhere in the world doing anything. I’m having the best experience that any man can ever have. I’m in the biggest title fight of my generation.”

On people questioning his power

On having worries about the judges if it goes the distance

On how he thinks he’ll knock Wilder out

“Headbutt. A baseball bat. What do you mean? ... I see him going down with a jab. Straight left. I put Schwarz down with that straight jab and I’ve done many in the gym, as well. That’s the shot I’m going to be looking for; knuckles down, straight jab to the nose.”

On inviting Andy Ruiz Jr to train with him