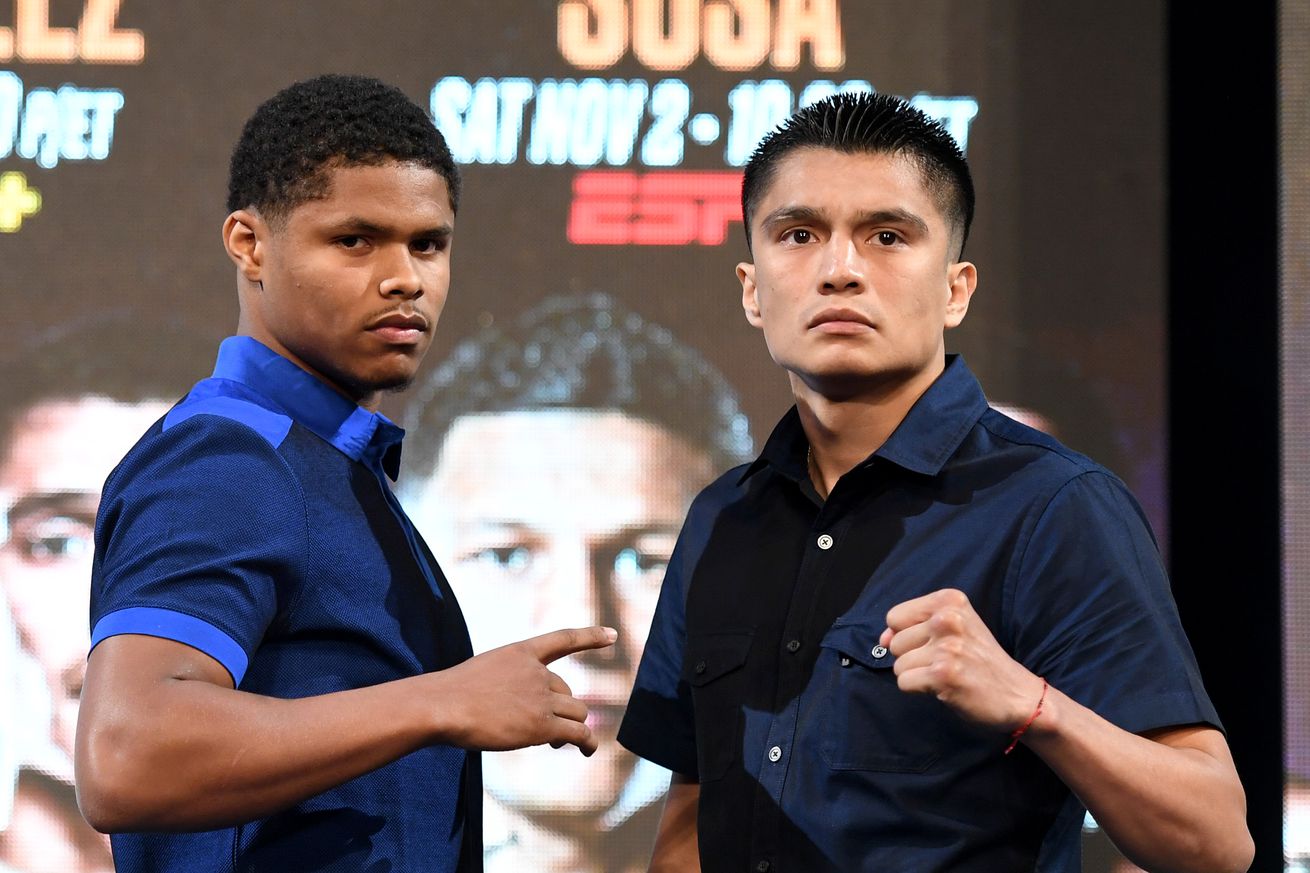 Both featherweights will fight for the vacant WBO title tomorrow.

It’s not uncommon for there to be a little bad blood between two fighters vying for the same spot, especially a world title, and tomorrow night’s title fight between Shakur Stevenson (12-0, 7 KOs) and Joet Gonzalez (23-0, 14 KOs) is no different.

Gonzalez, who wasn’t nearly the celebrate prospect that Stevenson was, admits he’s had the harder road to travel up the rankings, but believes that’s given him more time to gain experience which he says will help him in the ring.

Both Gonzalez and Stevenson have traded some words over the past few months on social media, and if that wasn’t enough to up the animosity between them, well, let’s just says shit gets much deeper.

It just so happens that Stevenson has been dating Gonzalez’s sister, Jajaira, for the past few years and that has appeared to only add fuel to the fire in their rivalry, making things much more bitter and personal.

“It fuels me because I was never the one to put this out there,” Gonzalez said. “The media, the public, they found out because of him. Just running his mouth. And now when they ask him about it, he don’t want to talk about it. So, it’s personal. It’s personal, just the things he’s done, the things he’s said, and he’ll pay for that on Saturday night.”

Stevenson, who typically refuses to address his personal relationship with Gonzalez’s sister to the media did so again during their final press conference, but if you follow Stevenson on social media it’s not the biggest secret. Either way, Stevenson says the deeply personal disdain is only coming from Joet’s side, and that he won’t be taking that energy into the ring with him.

I can’t deny that this added layer of complexity makes this fight at least a little more interesting to me. I wonder who Jajaira will be rooting for once the bell ring...