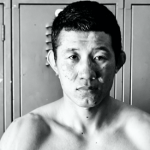 The coronavirus has impacted China, particularly the Wuhan region, viciously, and ripples of fear have radiated far and wide from there.

Top Rank cancelled an event in China, set for Feb. 1, to be topped by a Jose Ramirez v Viktor Postol 140 lb title fight, near the start of near hysteria. And today, Tuesday, the death toll in China from coronavirus reached 2,000.

First and foremost, we cross fingers that the contagion is halted, as soon as possible, of course. Also, the world keeps turning, and wheels of industry must keep turning. Yes, that goes for the boxing space as well.

The Lane brothers, Terry and Tommy, are helping advise the Chinese light heavyweight Fanlong Meng, a 32 year old hitter with a 16-0 record. He’s on more radar screens now, because we learned he’ll get a shot to take the WBC and IBF crowns, in Quebec, on March 28. I emailed Meng, to see how he’s doing 38 days away from the title try versus the Canada resident Beterbiev.

“I reside in Inner Mongolia, which is pretty far away from Wuhan,” he said. (Truth; the travel distance is about 1,068 miles door to door.) “However, this virus is considered highly contagious. There have been dozens of cases testing positive in my hometown already.”

In a release hyping the fight, he fleshed out how he’s looking at his bout, which will unfold at the Videotron Center, and screen on ESPN. “The majority of my country has been shut down for weeks,” he said. “My fellow citizens need something to help them escape from this very difficult time. I hope to bring some positivity, happiness, and joy to them with this fight. I want to put pride in their hearts.”

“I came to the US for training camp at the middle of December, the virus started in January and lockdown happened late January/early February,” said the boxer, a 2012 Olympian.

No, no one he knows has been affected, he reported.

That’s good news…And, what about the task at hand, then. What’s his take on Beterbiev?

“Beterbiev is one of the best fighters in the world,” Meng told me. “A lot of people say he is dangerous. I’m not focused on that part. To me, he is a champion, I respect him, and I’m excited to share the ring with him.”

Meng saw up close the skill set of Beterbiev, he was ringside when Artur broke down Oleksandr Gvozdyk in Philly four months ago.

Meng’s career best scalp belonged to Frank Buglioni; they squared off in November 2018, with the Chinese boxer downing the Brit via TKO in round 5.

OK, not asking for a game plan to victory. But what edges does Meng believe he has over the 15-0 Beterbiev?

“I was asked that if longer reach and southpaw boxing style are my best weapons, the answer is “yes” but not only that,” he said, in closing.  “I will bring much more to the table. The audience will see when the time comes!”

The post Chinese Fighter Meng Fanlong Is In US, Virus Free, Psyched To Meet Beterbiev appeared first on The Ring.