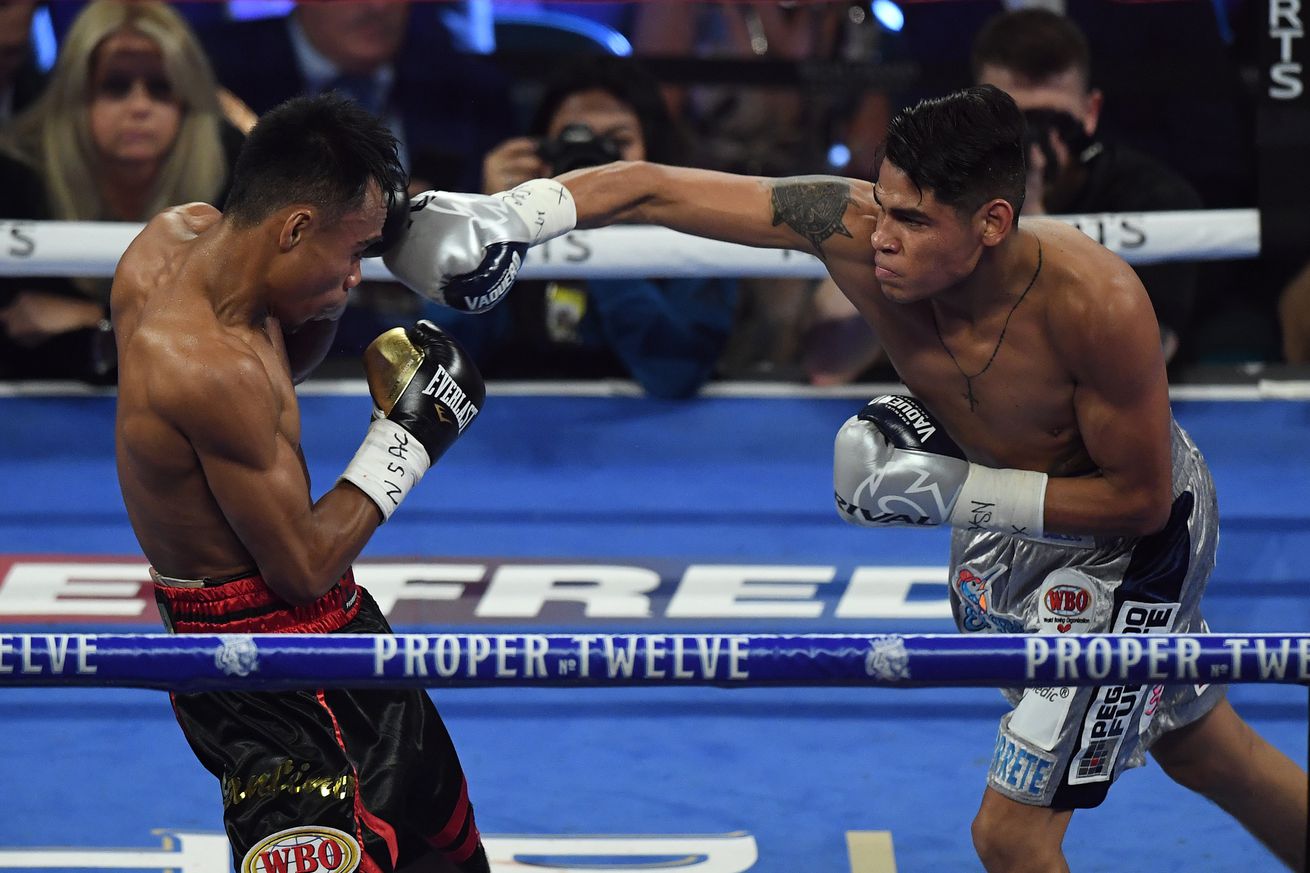 Emanuel Navarrete had no real trouble with Jeo Santisima in another one-sided title defense.

Emanuel Navarrete successfully defended his WBO junior featherweight title for the fifth time in nine months, battering an overmatched Jeo Santisima en route to an 11th round stoppage victory on the Wilder-Fury 2 undercard.

Navarrete (31-1, 27 KO) really had no trouble with Santisima (19-3, 16 KO), who was a huge underdog and proved that everyone had read the matchup correctly. This has become par for the course with Navarrete title defenses; while he fights regularly and people like that, his opponents are lousy for world title fights.

Santisima did prove durable and game, surviving as long as he did, but he didn’t trouble Navarrete at all. Navarrete dominated in several rounds and looked to close repeatedly, and while he suffered a clear injury to his right hand, he said Santisima lasted because of his toughness.

“I hit him weirdly with my right hand did hurt my thumb, but I had to plow through it and get the victory,” Navarrete told Bernardo Osuna. “The fight took a long time because I had a very tough opponent.”

It’s believed that tonight’s bout will be the last we see of the 25-year-old Navarrete at 122 pounds. There was talk he had some trouble making weight this week, and the feeling is it would be smarter to move up to featherweight now instead of waiting for that to really bite him. Top Rank has more notable fighters at 126, but I wouldn’t count on seeing him rushed into a fight with, say, Shakur Stevenson or even Michael Conlan any time soon.