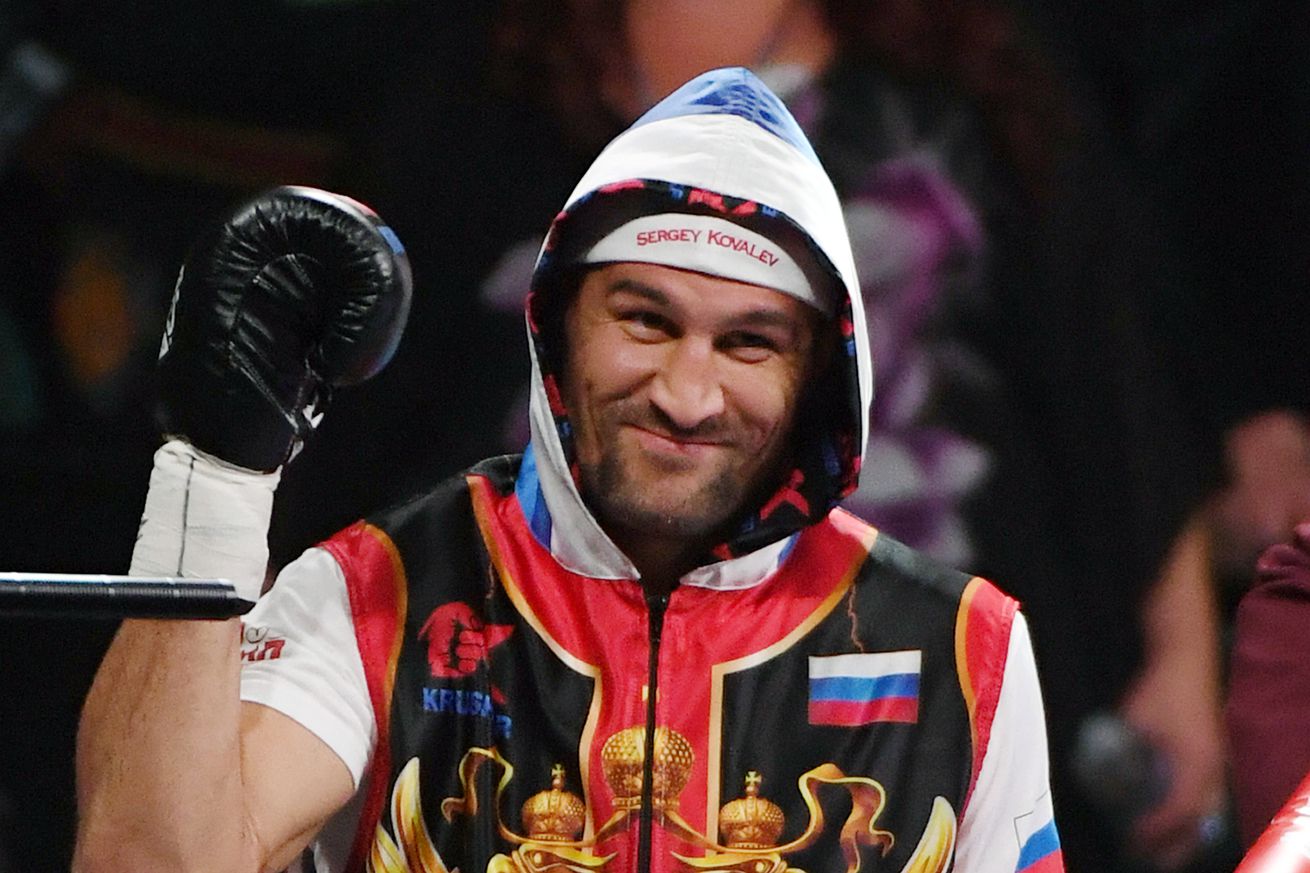 Things are going just peachy for former light heavyweight champion Sergey Kovalev. “The Krusher,” already facing an assault charge and a civil suit from the accuser, was arrested in Los Angeles this morning for driving under the influence.

The 36-year-old former light heavyweight champ — who recently fought (and lost to) Canelo Alvarez — was pulled over by the California Highway Patrol around 2 AM.

During the stop, the trooper believed Kovalev was under the influence and arrested him for DUI. He was taken to a nearby station where he was booked.

Records show Kovalev was released on his own recognizance around 7:35 AM.

Though trainer Buddy McGirt recently asserted that Kovalev (34-4-1, 29 KO) would fight on at cruiserweight despite getting knocked unconscious by Canelo Alvarez, it’s becoming harder and harder to believe. Between the assault case, the DUI, and the time he got thrown off a plane last year for “forcibly kissing” a woman, it’s hard to see him returning to the ring for anything but sideshow fights. Alcoholism and pushing 40 are historically not ideal traits for a pugilist.

I would, however, like to reiterate my desire for him to fight Marcus Browne to determine the light heavyweight division’s biggest asshole. Then have the winner immediately fight Artur Beterbiev.