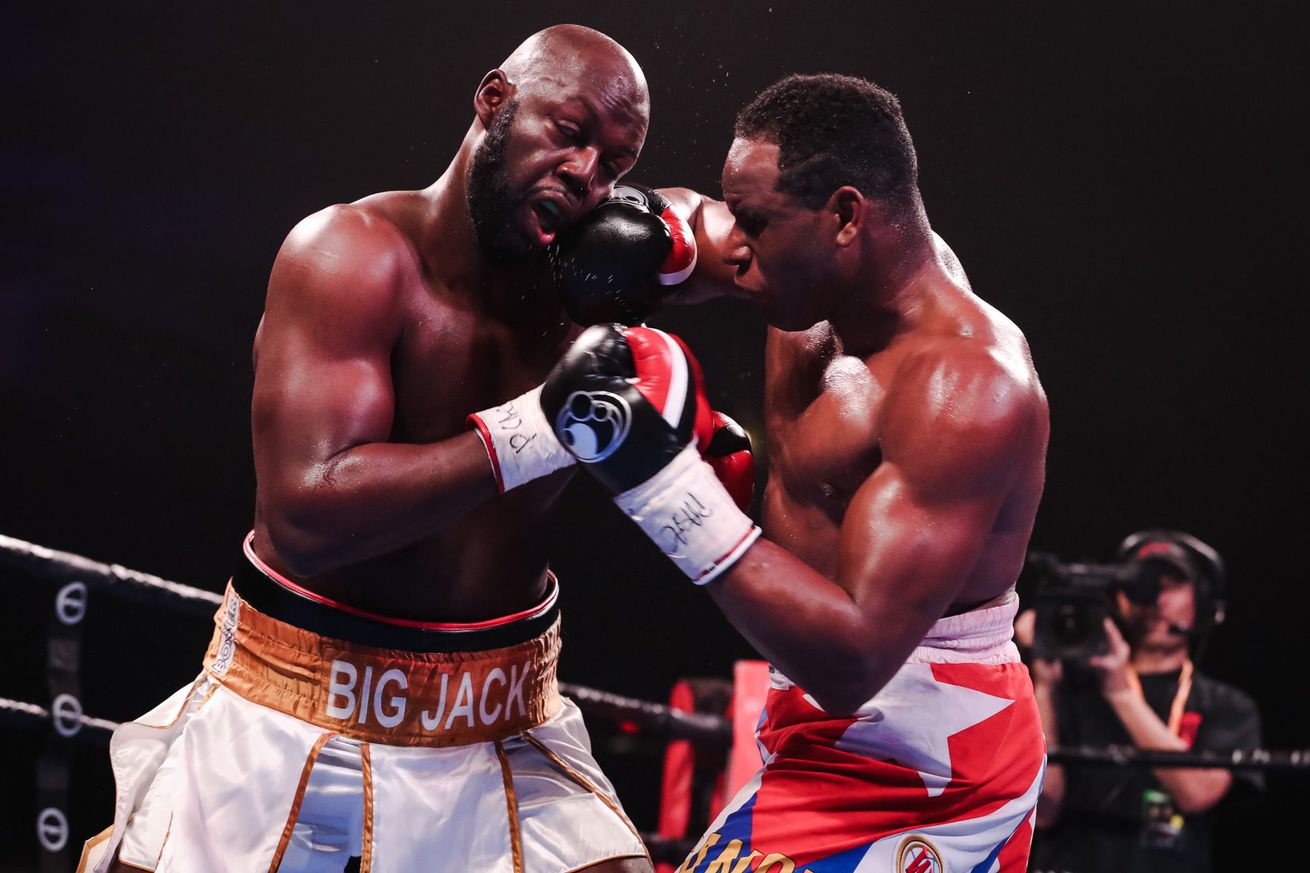 The Cuban heavyweight is still unbeaten.

Cuba’s Frank Sanchez came in on short notice to replace an injured Efe Ajagba, and the heavyweight prospect faced no real resistance from Jack Mulowayi, handily winning a 10-round decision tonight on Showtime.

Sanchez (14-0, 11 KO) took the victory on shutout scores of 100-90 across the board, which is the same tally BLH had, and really the only tally anyone could reasonably have.

Sanchez, 27, completely outclassed Mulowayi (7-2-1, 3 KO), a 32-year-old originally from the Congo and now living in Belgium. Mulowayi landed a grand total of 30 punches in the entire fight, so good for three a round on average, which made it pretty well impossible to score any rounds for him. I assure you, he did not have one round where he landed 15 or anything like that.

Sanchez hurt Mulowayi notably just the once, though, coming late in the eighth round, and Mulowayi was able to tie up and survive as Sanchez tried his best to close the show in the few seconds he had available at that moment.

The win puts Sanchez 4-0 on the year, following wins in January, July, and August. 2020 should see him step it up a bit, ideally, in terms of opposition.