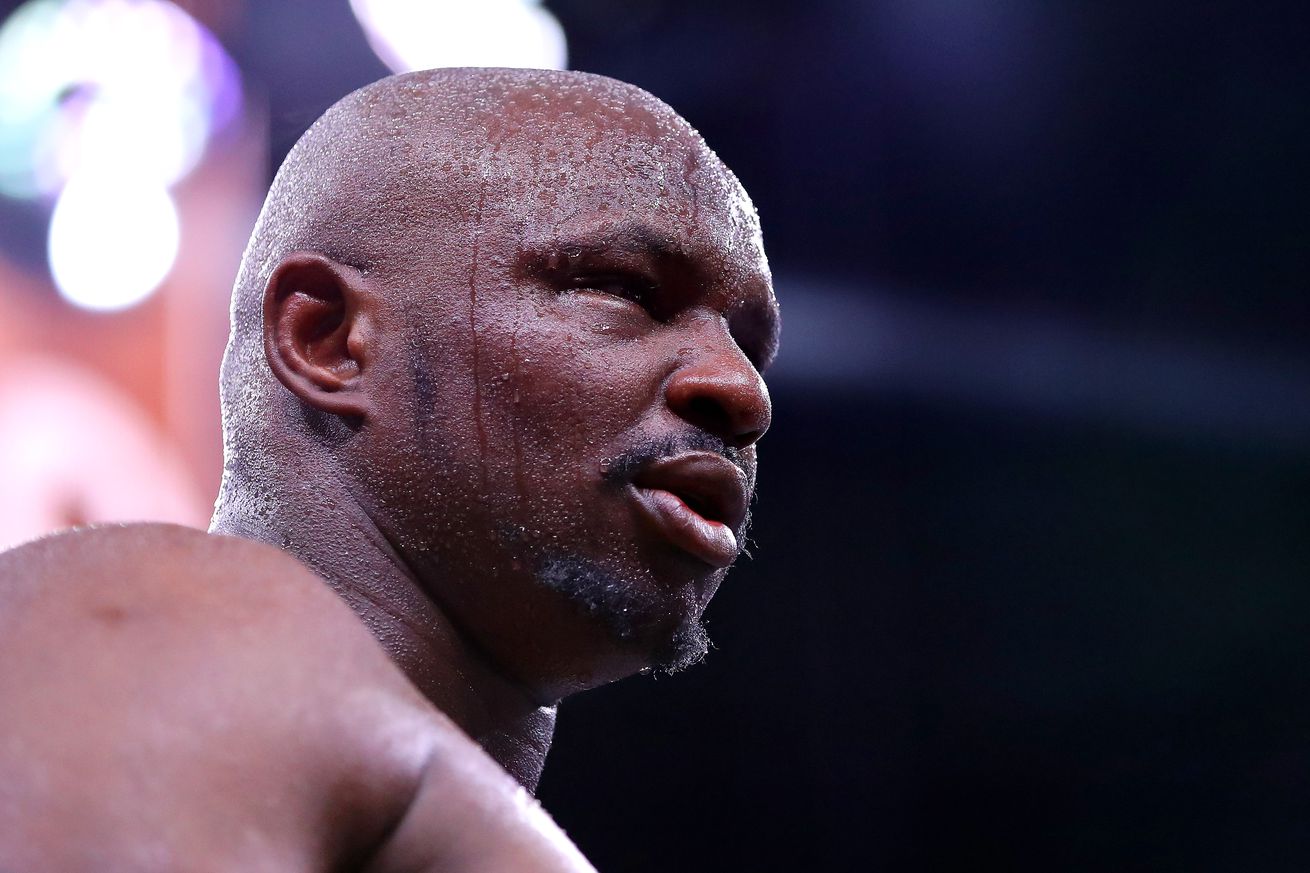 Whyte says he still relishes an opportunity to put hands on the former champion.

Dillian Whyte (27-1, 18 KOs) has long wanted a chance to fight Deontay Wilder for his WBC heavyweight title. Obviously with Wilder getting knocked out by Fury this past weekend, that’s no longer specifically in the cards, but Whyte tells Sky Sports that he’s still interested in a fight against Wilder — even with no world title on the line.

“I’m disappointed, but I will still fight the guy,” said Whyte. “I’ve waited so long to fight the guy. I’ve been chasing him for so long and he’s such a coward. I’ll still fight him. Belt or no belt. It’s more than the belt with him.”

Whyte, who remains the WBC’s #1 contender despite not being due his mandatory title shot until Feb. 2021, continues by saying that if he had been in Fury’s position, he would’ve knocked Wilder out cold instead of on his feet.”

“He didn’t want to give me the shot when he was champion, so he might give me a shot now he’s not champion. It is disappointing, because Tyson Fury did what I’ve been saying I could do to him and did it, not exactly the way I would have done it, because I’d have knocked him out.”

All of this sounds good and whatnot, but Whyte has largely been unable to secure the fights he’s been desperately seeking and hasn’t exactly looked tremendous is some of his lesser outings. Be that as it may, you can’t exactly fault Whyte for at least trying to talk his way into fights he believes he’s earned.