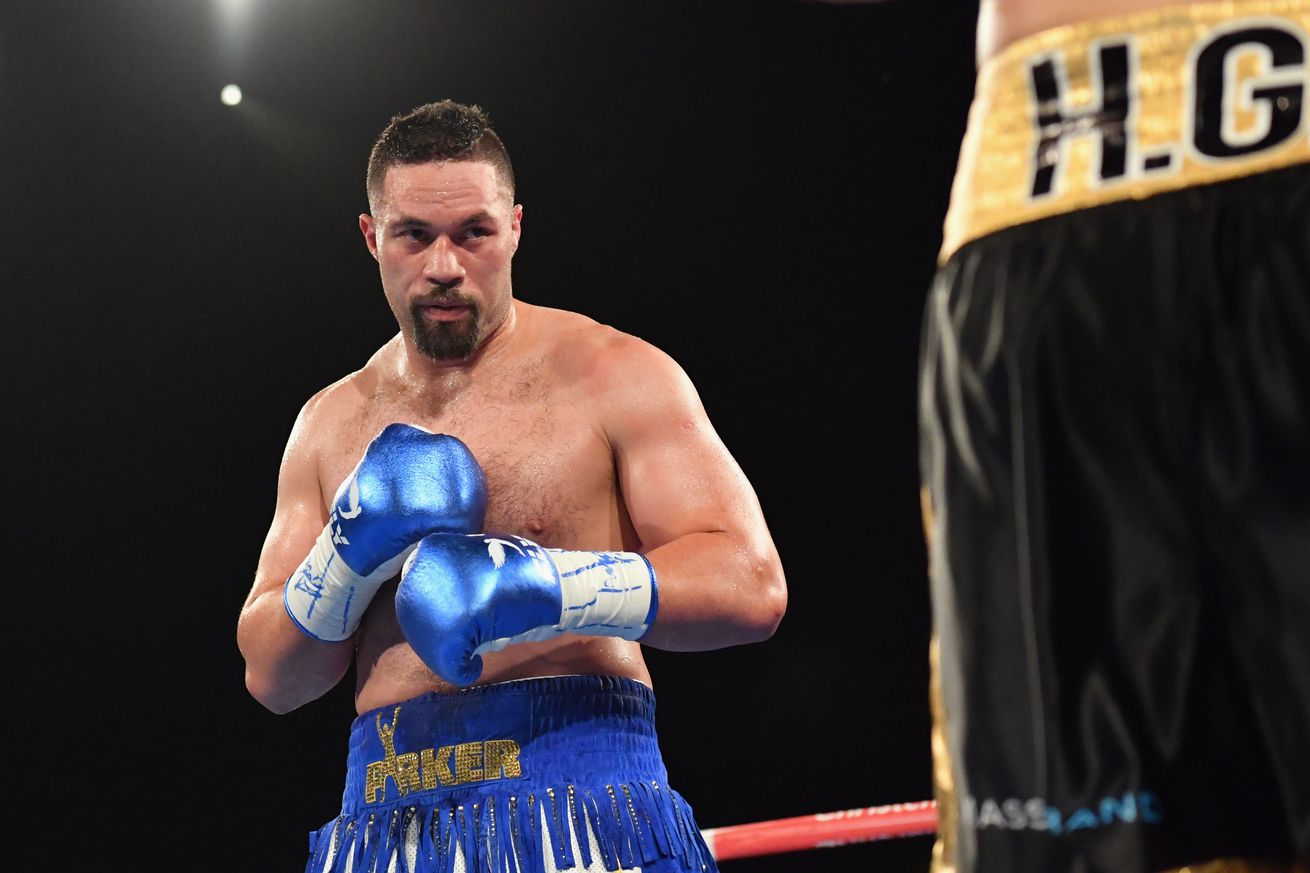 The underdog was game, but overmatched against the former titleholder.

Our live coverage for Garcia vs Vargas continues here!

Parker (27-2, 21 KO) dropped Winters (13-3, 12 KO) late in the third round, but the 39-year-old natural cruiserweight underdog got up and finished the round, and kept having a bit of success here and there, landing some clean shots and opening a cut under Parker’s right eye in the fourth round.

But Parker found Winters again late in the fifth, dropping him once again. Winters got up again, but was unsteady and the fight was rightly stopped.

“I didn’t show my boxing ability,” Parker said. “I got a bit excited and started brawling. But we got a win and we’ll leave it up to Eddie (Hearn) and the team to find the next opponent. I have to work on being a bit more patient.”

Parker hadn’t fought since last June, and had a whole spider bite debacle interrupting his career in the meantime. He says he wants to stay busy, fighting at least twice more this year. Pressed on who he wants to fight, he named Dereck Chisora — whom he was scheduled to face before the bite incident — and a possible rematch with Dillian Whyte, to whom he narrowly lost in 2018.