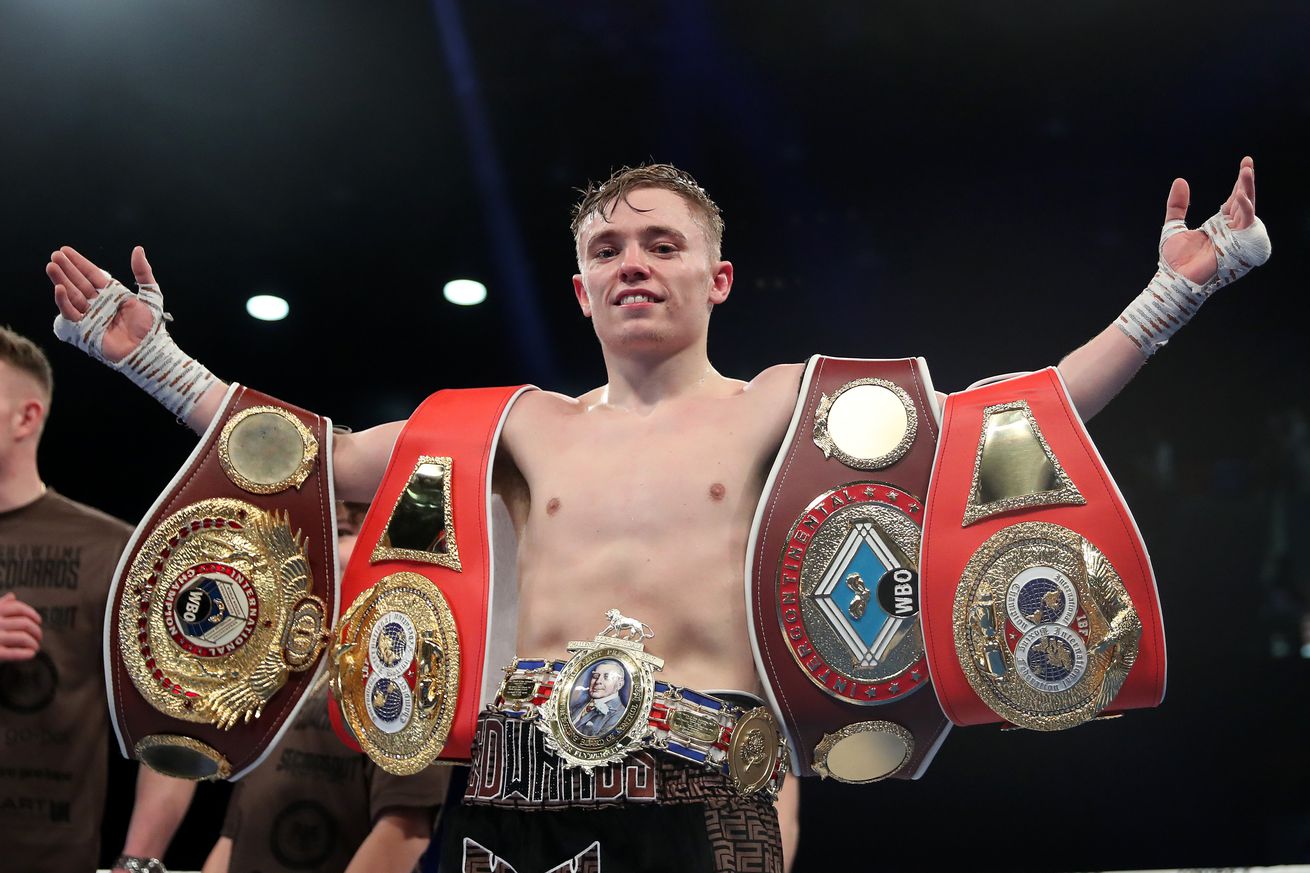 The main event airs on ESPN+

Unsurprisingly, the May 2nd ESPN+ Glasgow show headlined by Josh Taylor vs. Apinun Khongsong will feature a bevy of rising UK talent, including a pair of British champions, some unbeaten youngsters, and a heavyweight prospect looking to rebound.

All are presently booked against TBA, though there’s a press conference scheduled for Wednesday that could have some more info.

24-year-old Sunny Edwards (14-0, 4 KO), brother of former flyweight champion Charlie, makes the first defense of the British super flyweight belt he claimed last December with a decision over Marcel Braithwaite. Three pounds north, Lee McGregor (8-0, 6 KO) will attempt to move past his questionable decision over Kash Farooq, which saw him unify his Commonwealth belt with Farooq’s British one.