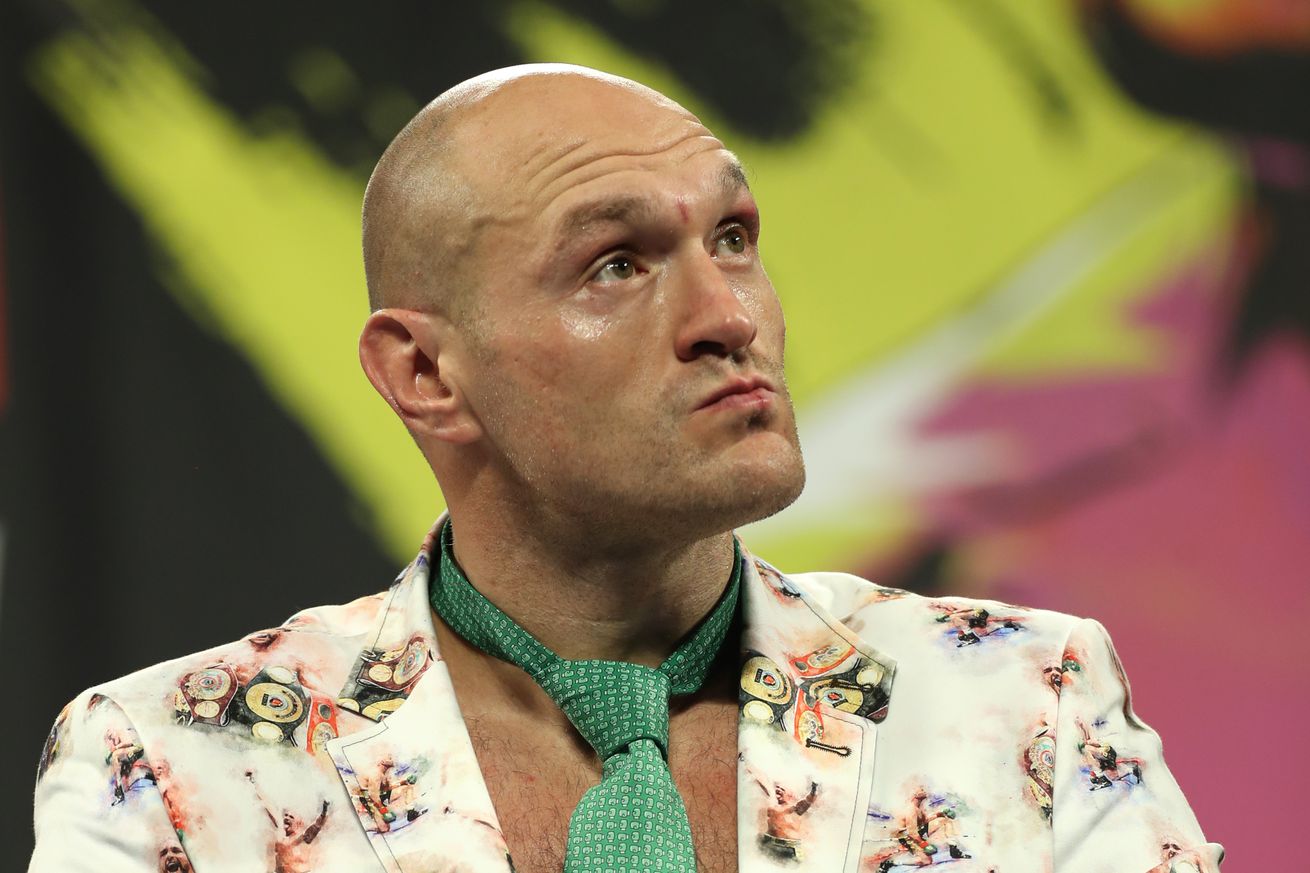 Fury says he can understand where Wilder’s coming from when he used the weighted costume excuse.

While most of the world has sort of ridiculed Deontay Wilder for blaming his weighty entrance costume for taking his legs from him, leading to his stoppage loss against Tyson Fury, Fury himself isn’t exactly piling on — which would be plenty easy to do under the circumstances.

Instead Fury pointed towards Wilder’s past comments about routinely training in a 45lb weighted vest while saying that he can understand where Wilder’s coming from when he made those remarks about his costume hindering his performance.

“He (Deontay Wilder) said that he trains in a 45-pound weighted vest every day. But, you know, I can understand where he’s coming from,” Fury told This Morning on ITV alongside wife, Paris. “In every fighter’s mind, there’s got to be a reason why they’ve lost. It can never be a simple fact (of) I wasn’t good enough on the night and lost to the better guy.

“It’s always got to be, ‘the camp was wrong. It was the trainer’s fault. It was my suit, it was my toe (a slight dig at David Haye, there).’ “With me if I’m injured or whatever the problem is it’s like, ‘OK, the performance wasn’t great. But I’m going to move on and crack on.’”

Since Wilder’s TKO loss to Fury he’s invoked his contractual right to an immediate rematch, with the third fight expected to come off this summer. Matchroom promoter Eddie Hearn has also mentioned that with that third fight being aligned with Anthony Joshua’s next scheduled outing, he’d like to stage an undisputed title unification in December.