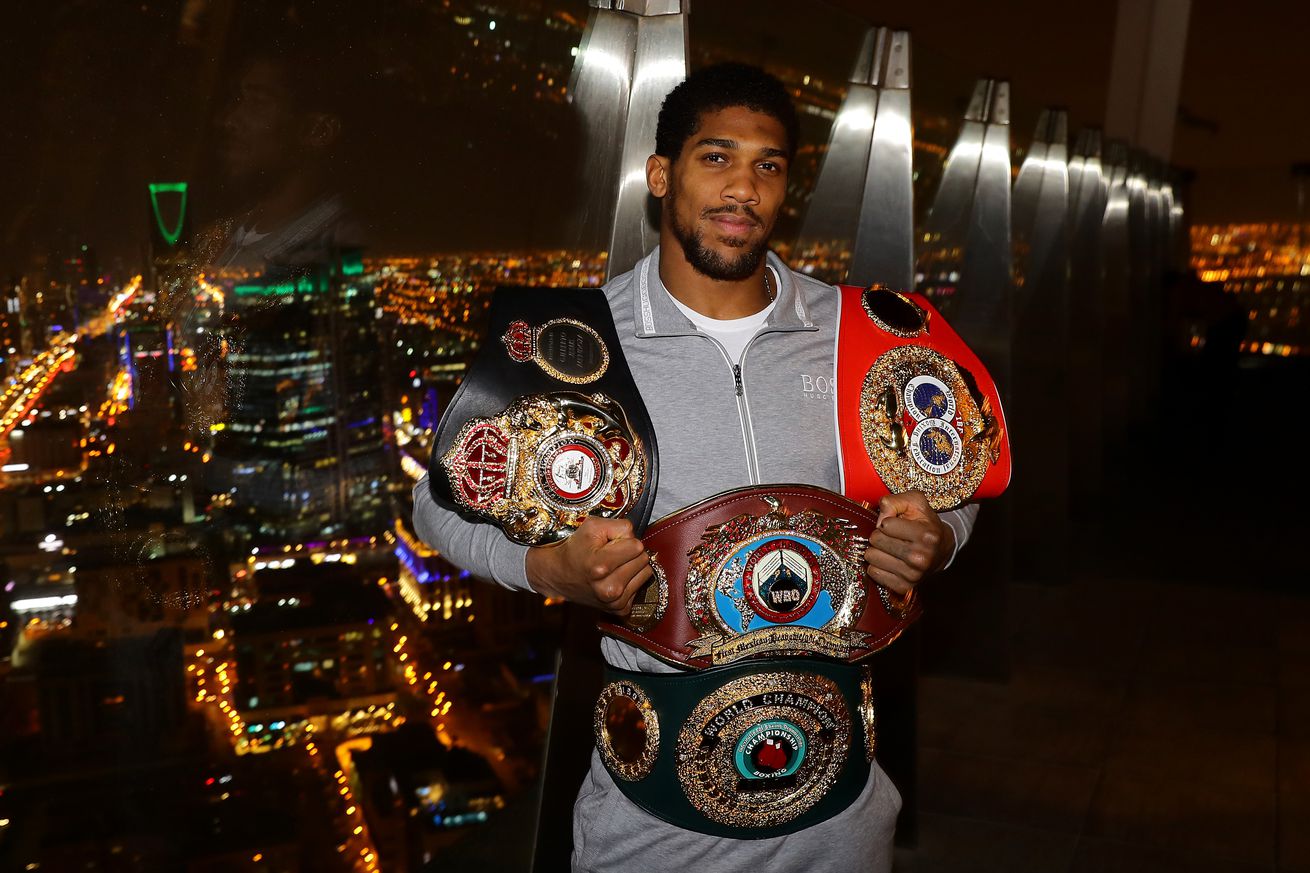 The British heavyweight scene is thriving once again, with Tyson Fury and Anthony Joshua sharing the haul of recognised belts.

Talks of a possible undisputed fight are currently on hold; for now, Britain’s big six have work to do.

It’ll be raining pay-per-views over the next couple of months in the United Kingdom, but which heavyweight fight ticks the most boxes?

(NB: ranking these turned out harder than I thought!)

It’s Joshua’s IBF mandatory, so I guess we can’t moan too much about this match-up. Pulev is widely regarded as a top ten heavyweight, and with their previous world title fight postponed there is enough history and narrative for this to sell well enough in the UK.

If it wasn’t Pulev next, then who else? Joshua’s resume gets a lot of stick, but with Fury and Wilder tied up and – arguably – only Ortiz and Usyk left in the top ten who he hasn’t already faced, Pulev works as a perfect “homecoming” opportunity for AJ.

Pulev’s tough, a little ploddy and won’t offer the speed on the inside that Joshua had kittens with against Ruiz Jr. At 6’ 4” he can’t be considered in the bracket of “smaller heavyweights” that Joshua has looked a little suspect against.

Now 38, Pulev has looked pretty ordinary over the last couple of years. This works as more of an “event” than a genuine chance we are going to see a Fight of the Year contender. At least it gives Tottenham fans a chance to see a championship won in their home stadium.

It looks like we’ve got ourselves another BT Sport/Sky Sports clash here, with Taylor–Khongsong going the same night.

Whyte looked terrible in Saudi at the end of last year coming in overweight after a controversy-filled 2019, with Povetkin proving the opposite as he battled to an entertaining draw with Hunter.

Povetkin looks like he’s still got plenty left in the tank, He’s fit, durable and will give Whyte a run for his money in the early stages making this an interesting, yet unspectacular match-up.

A win for either legitimately secures them a top-five standing, so there’s a lot to lose in both camps.

Whyte is now a pay-per-view fighter in the UK, and despite the reservations over this decision, his headline fights with Parker, Chisora and Rivas have proved worthy.

If both guys come in good shape willing to trade, throwing their trademark left hooks, there could be fireworks.

We’ll have Canelo vs TBA (BJS) at 5 am the following morning, so whatever the result in Manchester, the headline is likely to be eclipsed a few hours after!

Listen, a trilogy fight still holds some appeal, but after a comprehensive victory for Fury in the rematch, a third seems a little unnecessary.

I can’t say I am surprised they are running it back. Wilder and Fury’s rivalry has breathed new life into the heavyweight division, breathing even bigger life into both their bank accounts. Wilder will take a 40% cut in the third fight which is more than enough incentive to dance with a guy who he’s knocked down twice previously.

Yes, this version of Tyson Fury is a lot different to the version we saw in late-2018, but Wilder’s “puncher’s chance” is still alive and kicking if they meet again in July.

Fury will be odds on to get the job done in emphatic fashion once again, but if Wilder is able to implement anything close to a plan B – there’s speculation he’ll enlist the help of George Foreman – we may need to keep a closer eye on this one than first thought.

I guess the build-up will be worth another watch just to see which characters both decide to play this time around!

Del-Boy has transformed himself from a guy who’s career was on the slide, to a bit of a cult hero amongst British fight fans. He takes no shit and is as unpredictable as it gets inside and outside of the ring.

This is the perfect test for Usyk as he looks to make a mark as a heavyweight. Chisora is a big dude, a big puncher, has a proven set of whiskers and holds the live threat of sparking Usyk if he lands clean.

Usyk is probably too smart to walk straight into one of Chisora’s bombs, so there is a chance this one turns into 12 rounds of stalking from Chisora as Usyk peppers him off the back foot.

Still, Chisora feels the perfect step for Usyk to take if he is to become a legitimate player in the top tier of the heavyweight division.

There’s a solid amount of mystery around this match-up.

This domestic, in-house scrap has really grabbed the attention of the British – and wider – public.

Two unbeaten guys whose career’s have been plotted meticulously over the last few years go head-to-head for the Lonsdale belt to decide who gets the first invite to the heavyweight’s top table.

You’ve got to commend both guys, and Frank Warren, for getting it on. It’s a Groves vs DeGale-esque domestic contest early in their professional careers, where huge opportunities await the winner.

At 22, time is on Dubois’ side, which puts more pressure on Joyce (34) to perform. Either way, enough questions are hanging over both of these guys for a meeting at this stage to unearth a lot of answers.