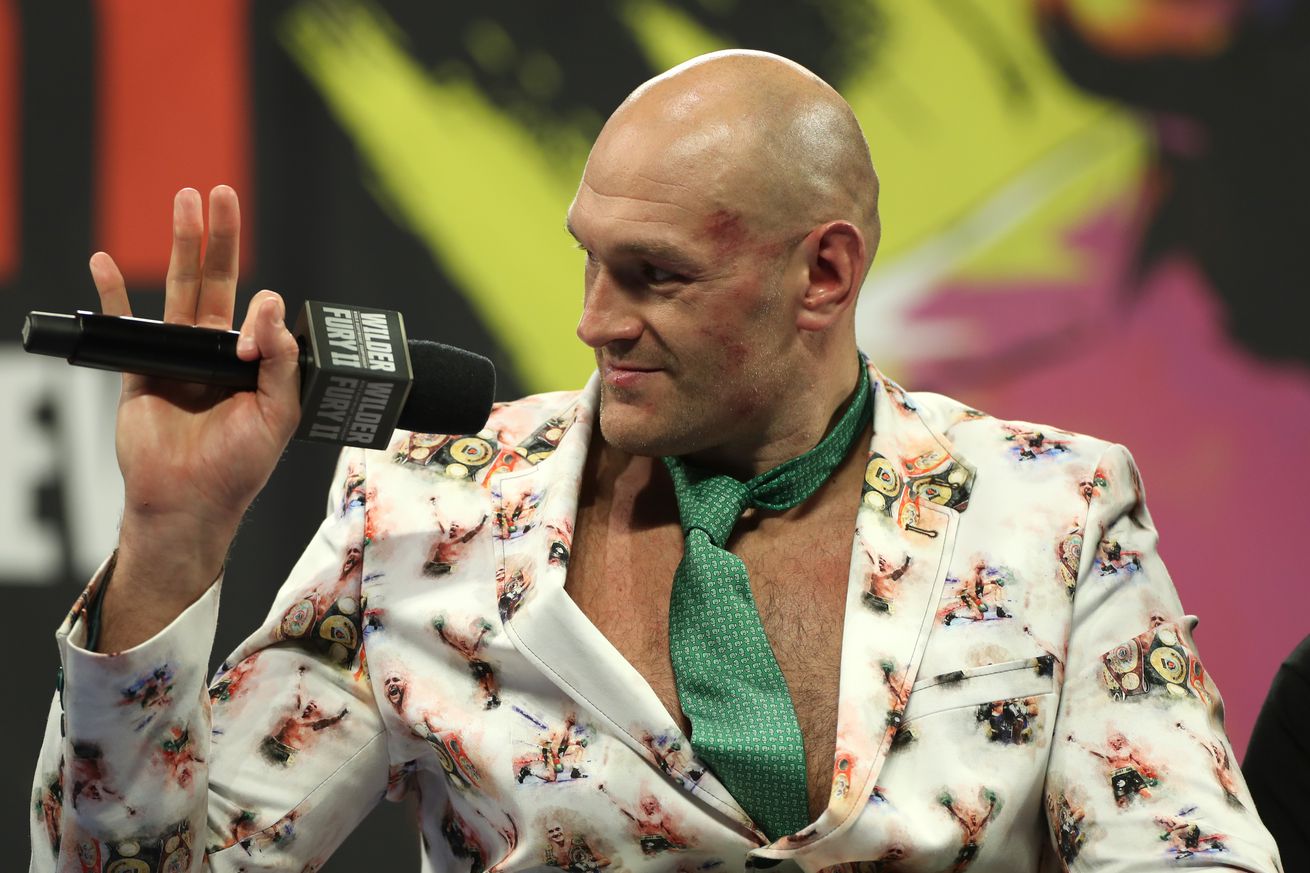 The sport’s top heavyweight is aiming to get out early, but lots of fighters do.

Tyson Fury’s win on Feb. 22 over Deontay Wilder returned him to the throne in the heavyweight division with no real questions otherwise, and we know that the 31-year-old “Gypsy King” will be back in July to face Wilder a third time.

But bigger picture, Fury continues to say that he’s going to fight two more times before retiring from the ring.

“I’ve got two more fights left, and then we’re going to really think about what we’re going to do from there,” Fury told ITV’s “This Morning” on Wednesday. “Because how long is a piece of string? I’m undefeated in 31 professional fights. This is my 12th year as a professional.”

Fury (30-0-1, 21 KO) cited the difficulty of transitioning between his professional and home lives, saying it usually takes him a couple of weeks to return to a normal state of mind after a fight.

As for what that second fight might be, should he beat Wilder again in July, obviously the fight fans would want to see — as things stand now — is against Anthony Joshua, which would be for the undisputed heavyweight championship, all major titles on the line. Joshua is currently slated to face IBF mandatory challenger Kubrat Pulev on June 20, so he and Fury would be lined up, time-wise.

Fury has brushed that off as Joshua simply holding his “leftover” titles that he vacated years ago, but he’s no dummy, either, and he knows how much money there would be in the fight; “retire beyond comfortably” level money.