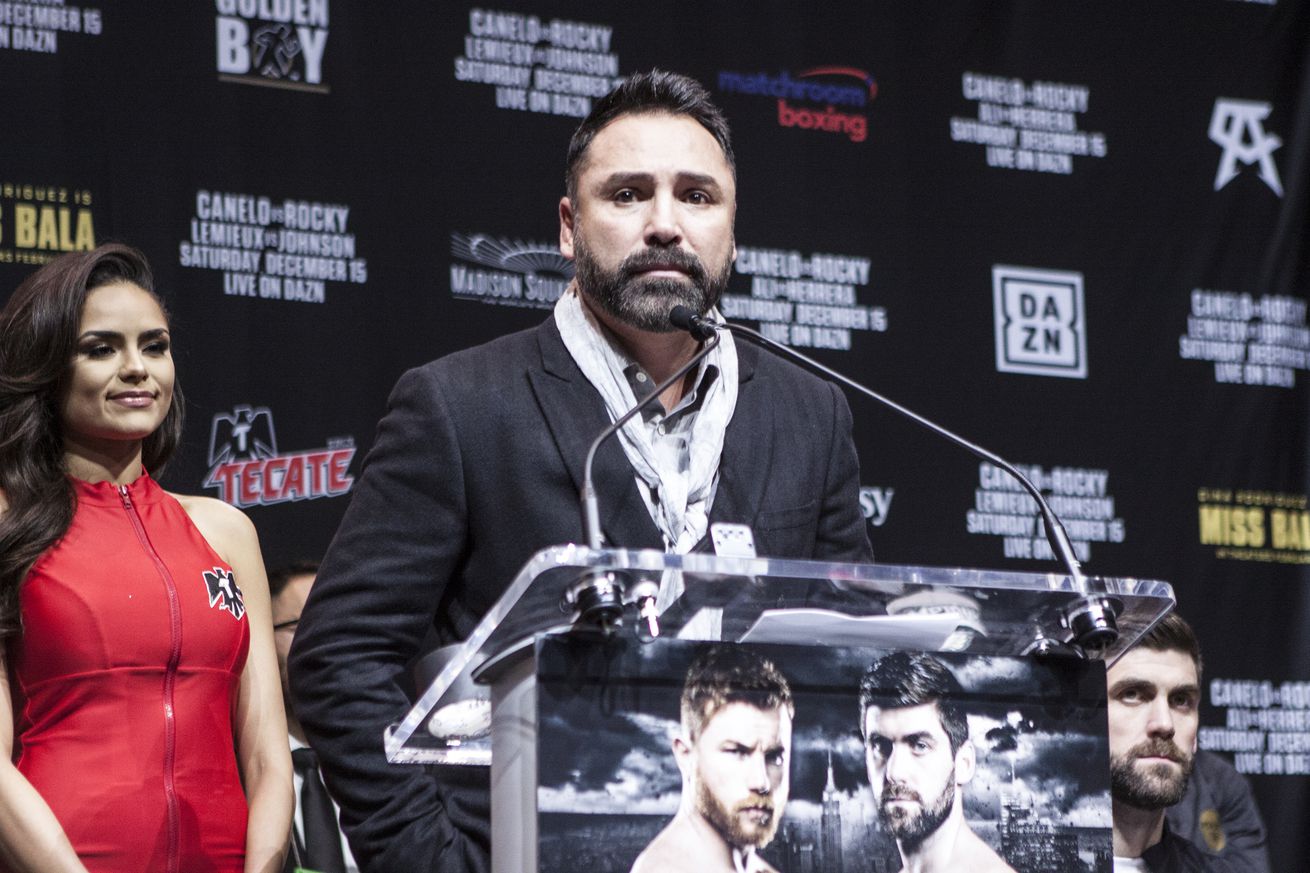 The Golden Boy promoter insists Canelo is trying to separate himself from other fighters.

With Canelo Alvarez set to make the jump the light heavyweight this coming weekend, to challenge titleholder Sergey Kovalev, his promoter Oscar De La Hoya maintains that his prized fighter is making all the necessary moves to have a distinguished career.

“Fighters move up in weight class to make history and to separate themselves from ordinary fighters.

“Two weight classes is not an easy task, but when did Canelo ever take easy tasks?

“And obviously that’s very admirable because nobody in boxing does it today. Fighters sometimes take the easy road out, and Canelo is taking this tough road.”

Canelo has obviously never fought at the 175lb limit before and is expected to be pretty undersized for the division, but the expectation is that he just might have the right style for Kovalev on top of maybe catching him at just the right time.

If Canelo in fact goes on to win this fight and earn a world title in his fourth weight class, he’ll certainly have cemented his status moving forward. But there is of course danger lurking in this fight. Can Canelo’s power translate to the light heavyweight division? And how well can he take a shot from a serious light heavyweight puncher?