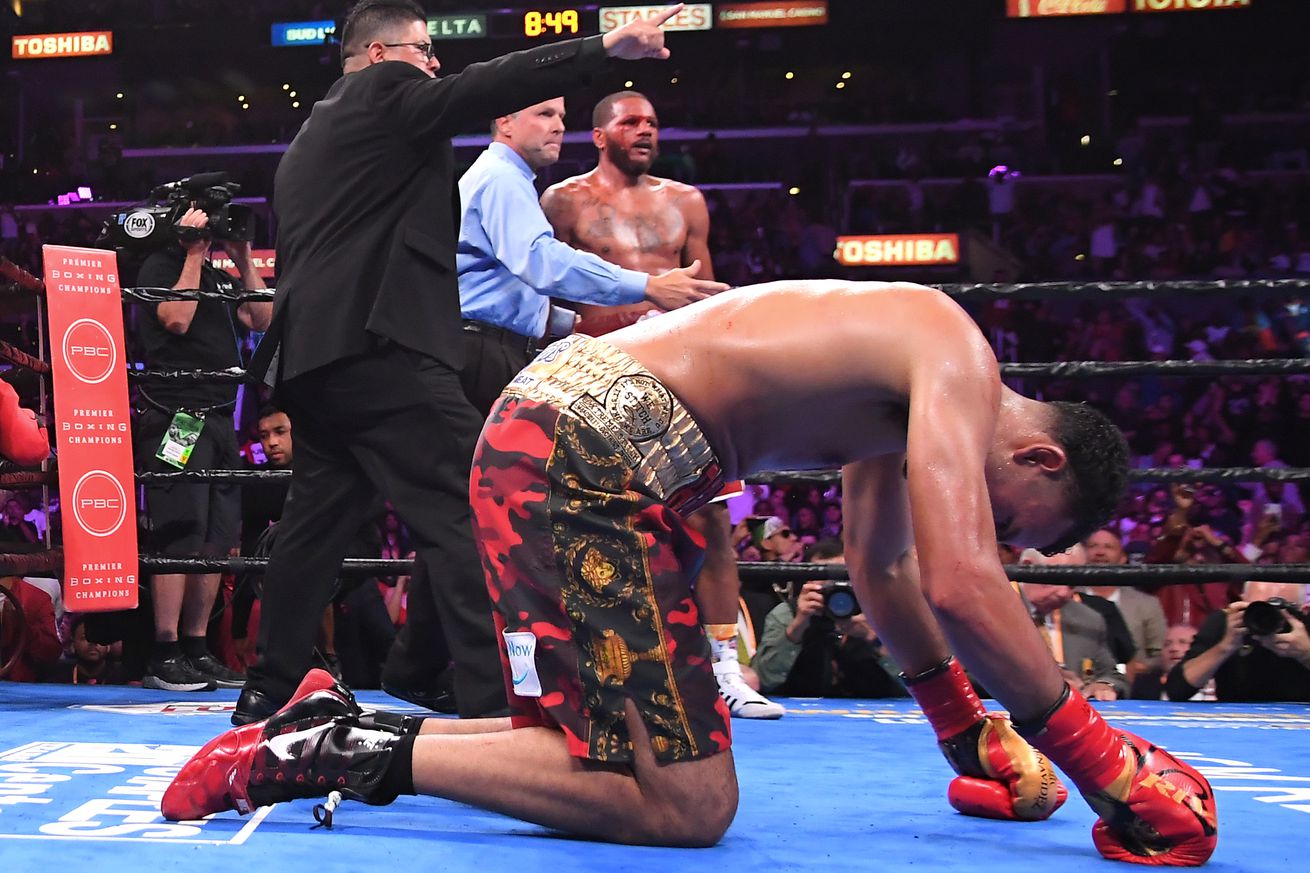 The promotion had three cards planned

Turns out Luis Nery-Aaron Alameda was just the beginning. Premier Boxing Champions announced today that all “scheduled events for March and April have been cancelled and will be rescheduled for a later date.”

That’s admittedly a bit of a dramatic way to say “two more events are canceled;” aside from Nery on the 28th, the only casualties are the April 11th Jamal James-Thomas Dulorme PBC on FOX show and Showtime’s April 18th David Benavidez vs. Roamer Alexis Angulo-led tripleheader.

Taking a peek over at our boxing schedule, things look a mite grim for these next two months. We’re basically down to David Avanesyan-Josh Kelly as far as meaningful March fights and Daniel Dubois-Joe Joyce is holding the line alone for the first half of April. The dueling Inoue-Casimero/Kovalev-Barrera cards on the 25th are still intact as far as I know, but Nevada and California’s recent gathering limitations make them far, far from sure things.