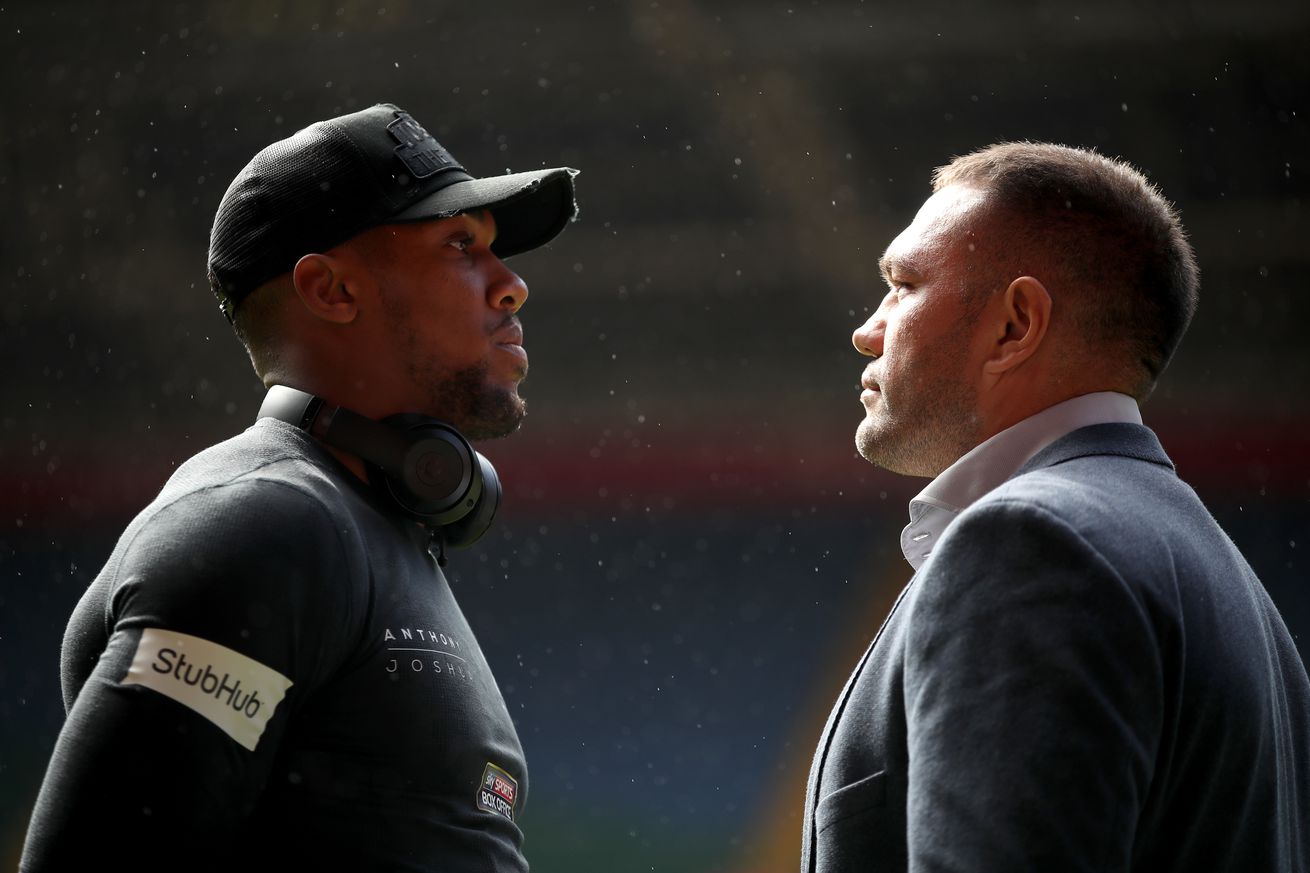 The fight is still currently on for June 20, but Matchroom are being proactive with plans to possibly reschedule.

This isn’t quite yet another postponement announcement, but Matchroom Boxing say they’re prepared for the possibility of having to reschedule the June 20 fight between Anthony Joshua and Kubrat Pulev until July.

Matchroom promoter Eddie Hearn tells Sky Sports that the bout, set for Tottenham Hotspur Stadium in London, is still on for June 20, and that he’s been in contact with the stadium.

“We know we have the same strategy moving forward. Obviously the Premier League decision will play a big part in a number of sports. Plans to put new dates in place and that fight as well. ... For the Anthony Joshua fight, already potential plans to move that fight back to July. We do have a potential date for that, but right now, hoping June 20 can remain the date.”

Hearn says he’s also keenly aware that two other heavyweight cards, the May 2 Whyte-Povetkin fight and the May 23 Usyk-Chisora fight, could be pushed back, as well.

Matchroom earlier today announced that all of their May and April events are being postponed, with similar announcements coming from Top Rank, Premier Boxing Champions, and Queensberry Promotions in recent days.