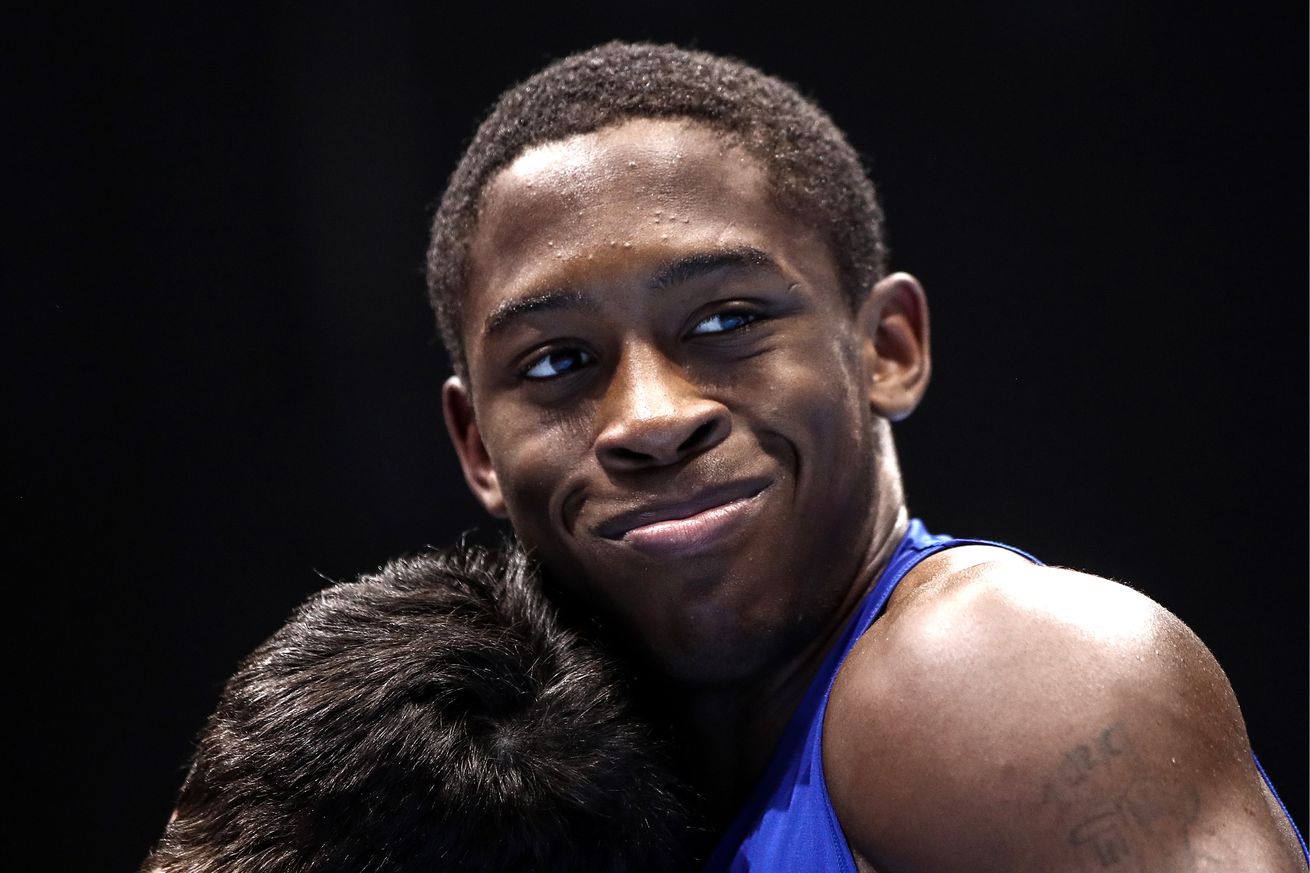 Davis took silver at the World Championships and Pan-American Games

On top of all the other complications, it looks as though the IOC’s (correct) decision to delay Tokyo 2020 until 2021 could cost USA its best chance at gold. World championship and Pan-Am silver medalist Keyshawn Davis tells ESPN’s Steve Kim that he’s “most likely” turning pro rather than waiting for the postponed Games.

Davis first revealed his intentions in an Instagram post yesterday, though he clarified that he has not made a final decision.

While many have told him that a year can go quickly, Davis says that many others expressed to him “that they’re going to follow me going pro, they can’t wait to see me go pro. There’s a lot of people saying that I already fight with no headgear, why waste another year fighting with no headgear in the amateurs, risking getting cut and stuff like that? I already have big options of going pro and being more well off than I am now.”

Davis would be far from the first top American boxer to forego the Olympics in favor of the professional ranks. Multi-time national champion Marc Castro signed with Matchroom last month after being forced out of the Olympic trials with illness and heavyweight standout Jared Anderson signed with Top Rank last year; “Big Baby” currently sits on a 3-0 (3 KO) professional record.

No male United States boxer has won gold since Andre Ward in 2004; Claressa Shields took top honors for the women in 2012 and 2016 and Shakur Stevenson claimed silver in Rio. It looks as though the drought will continue.