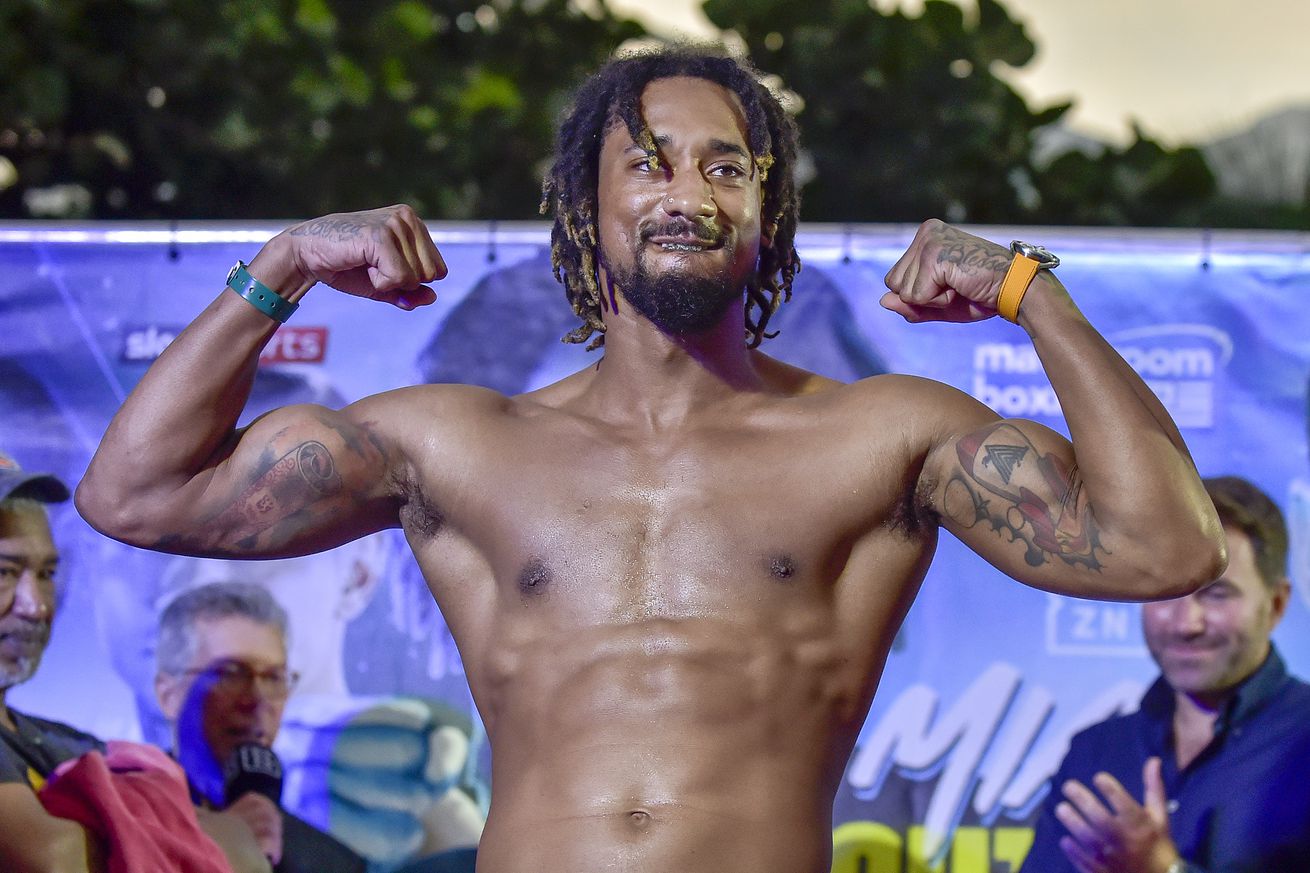 The middleweight titleholder continues to seek big fights that haven’t come to him yet.

Reigning WBO middleweight titleholder Demetrius Andrade has won world titles in two divisions over his pro career, but at 32, the southpaw from Rhode Island continues to struggle as far as landing big fights.

In an Instagram Live discussion with promoter Eddie Hearn today, Andrade was asked if he thinks that’s down to his style or what. Andrade (29-0, 18 KO) didn’t have a clear answer, but he does feel — understandably — that top names just don’t want to fight him.

He did offer some encouragement, though.

“If you’re good and you lose to the better man, like Demetrius Andrade, you’re still gonna be a Hall of Fame guy, you can still be a top guy, you just lost to the best guy,” he said. “That’s how I look at it. I’m willing to put my skill and talent against anybody in the middleweight division.”

With Canelo Alvarez moving up to 168 for good, it seems, and IBF titleholder Gennadiy Golovkin also not on the table at the moment (he has a mandatory due, and there’s reportedly a deal for a third fight against Canelo in September already in place), one name that sticks out at 160 is Sergiy Derevyanchenko, a two-time title challenger who has narrow losses to Golovkin and Daniel Jacobs.

Andrade says he would take that fight if offered.

“I asked for that fight before,” he said. “I have no problem fighting anybody in my division. I’m fighting whoever is available or whoever is gonna get in with me. I would like to fight the well-known, popular guys out there, but that’s not been the case. If you can get me Derevyanchenko, then yeah.”

For what it’s worth (nothing!), fans had that matchup presented in our March Mania tournament semifinal, and Derevyanchenko won a competitive vote.

Another name that’s been connected to Andrade lately has been Liam Williams, a 27-year-old Welsh fighter on a good run the last couple of years, scoring solid wins in exciting fashion. Andrade says he respects Williams climbing the ladder, and as with anyone else he would take the fight if it’s what comes up, but, “I’m not knocking anybody’s hustle, but he is not going to be the one to stop this train.”

WBC titleholder Jermall Charlo was reportedly offered $7 million by Matchroom and DAZN to do a unification with Andrade and turned it down. Charlo has gone on various rants about the subject, some of them seeming to have a point, even, but Andrade at this point seems to have written off that fight happening given what we’ve seen.

“$7 million? Lotta money,” he laughed. “Win, lose or draw, it goes to show — I say I’m the best, and I’m willing to put that into action, and it has to be the other way around, as well [to make fights happen].”