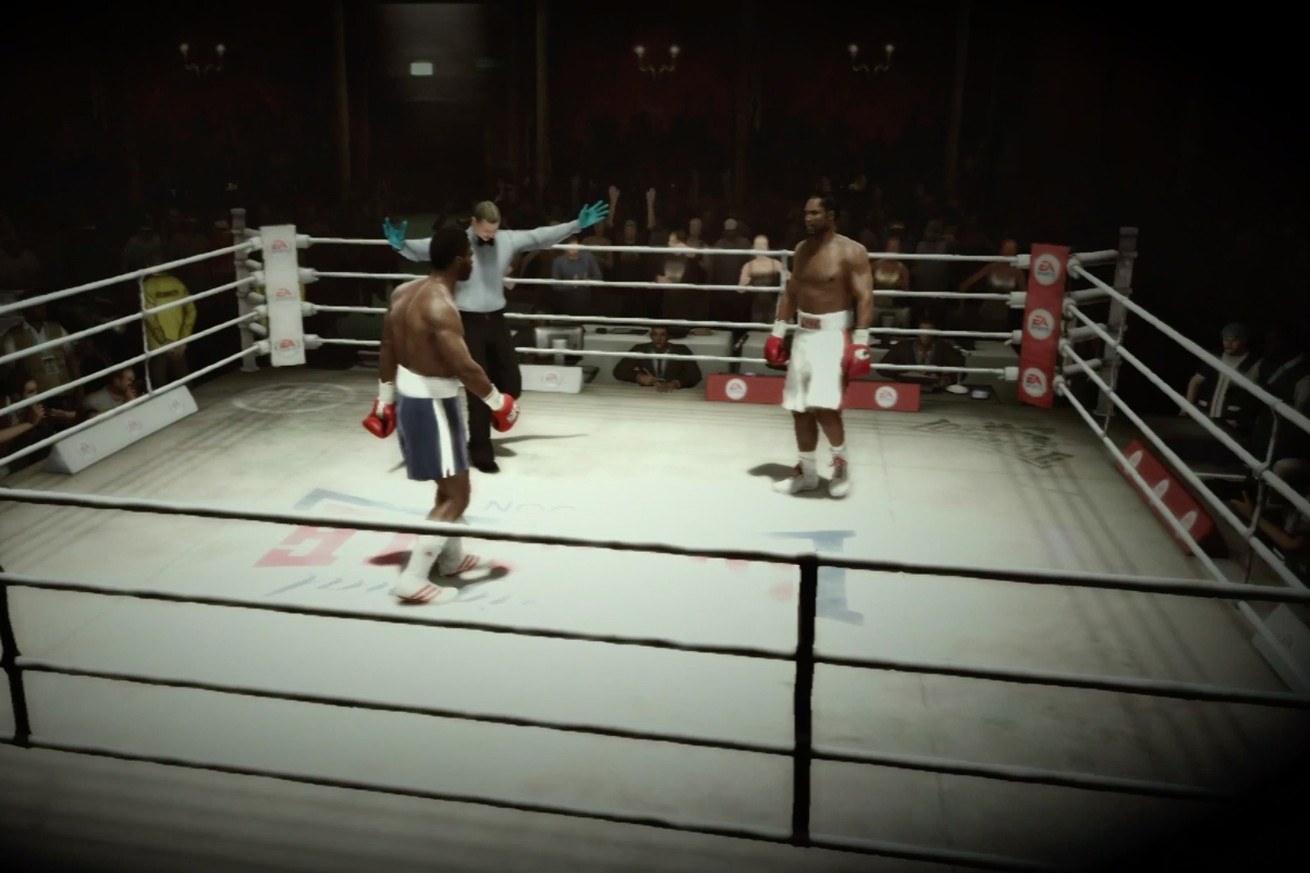 The eWBSS heavyweight tournament had some typical boxing tomfoolery.

When the World Boxing Super Series announced that they’d be running the “eWBSS” tournament, it seemed fun. They’d be taking eight heavyweights (for starters) on the now-ancient EA Sports Fight Night Champion video game and running a simulated tournament, streaming the CPU vs CPU fights all the way.

In a boxing world where we have no live fights and everyone just wants to keep some love for the sport alive, it was welcome. We’ve done similar silly time wasters, including a fan voted March Mania tournament, which has its own hilarious controversy brewing in the heavyweight division, for that matter. (Voting still open for the finals until Monday at Noon ET!)

Sure, the list of entrants was ... well, not exactly what you’d want for an all-time heavyweight tournament. It had Butterbean and David Haye and the 45-year-old version of George Foreman (who still stopped Haye in five, while Butterbean was predictably thrashed by Mike Tyson).

The odd bracketing meant that Tyson (the fearsome 20-year-old version who won his first world title from Trevor Berbick) would move on to face Grandpa George, while up in the top half of the bracket, you had Muhammad Ali vs Evander Holyfield and Lennox Lewis vs Joe Frazier.

And then came something that made this clear that boxing promoters were running the show. In other words, something stupid happened.

After Ali beat Holyfield and Frazier beat Lewis, we had Ali-Frazier set for the semis, right? Wrong!

“We are very sorry to disappoint the fans of the eWBSS who were looking forward to Muhammad Ali vs Joe Frazier,” a release statement began, “but due to unforeseen circumstances, we have to replace Smokin’ Joe with Sonny Liston – one of history’s toughest and most intimidating boxers who fought Ali twice in real life. The fights between Ali and Liston were among the most anticipated and watched in sport’s history.”

Now listen, I don’t know if eJoe Frazier got an eInjury, or if he didn’t want that eSmoke from Ali, or if he just kept eBeating eAli and that’s not what they wanted to happen (look, we were supposed to get to Ali-Tyson here, obviously, and that’s what the final is).

Maybe they just got an itch that there HAD to be some sort of problem, or otherwise it wouldn’t be boxing. (This would be fair enough reasoning, to be honest.)

I don’t know if, perhaps, in real, actual life, Frazier’s estate got wind of it and didn’t want his likeness involved. Weirder things than that have actually happened; I mean the licensing for this nine-year-old video game is quite possibly expired, at least for public display purposes in this manner.

What I do know is this, bottom line: you can’t even trust boxing promoters to not fuck up a video game tournament somehow. Boxing is boxing, in real life or on a video game, so long as you involve promoters.

(I shouldn’t have to say this, but I might: we’re just having a laugh here, WBSS. Your real life tournaments have been good and this goofy computerized tournament is fun, too. Please don’t yell at me, we both have better things to do. Well, you probably do.)