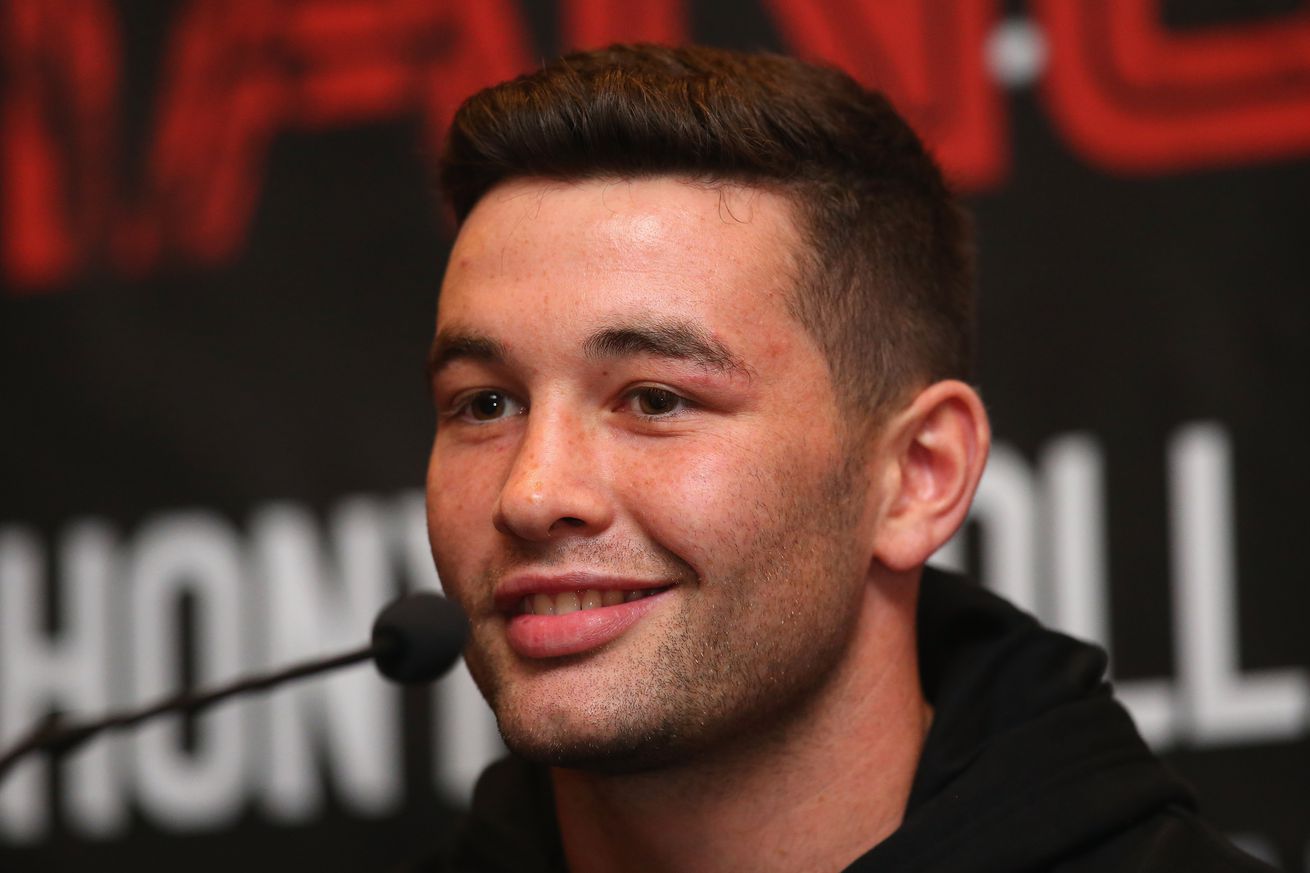 The BBBofC have taken action against another British fighter.

Undefeated junior middleweight fighter Scott Fitzgerald (14-0, 9 KOs) has just had his boxing license suspended the British Boxing Board of Control after he was recently arrested on suspicion of assault. Upon learning of Fitzgerald’s arrest the board decided to take action. A police spokesperson issued this statement on the arrest to Sky Sports:

”A 28-year-old man from Preston has been arrested on suspicion of assault following an incident at an address on Ryelands Crescent in Preston.”

Fitzgerald is most recently coming off a unanimous decision win over Ted Cheeseman last October and has since been ordered to defend his British title against James Metcalf. Fitzgerald has also been expected to rematch Anthony Fowler, whom he beat in a 10-round split decision a year ago but there’s no word on when or where that might take place.

But for now it seems Fitzgerald will be out of action until the board holds a formal hearing to discuss his alleged transgressions.