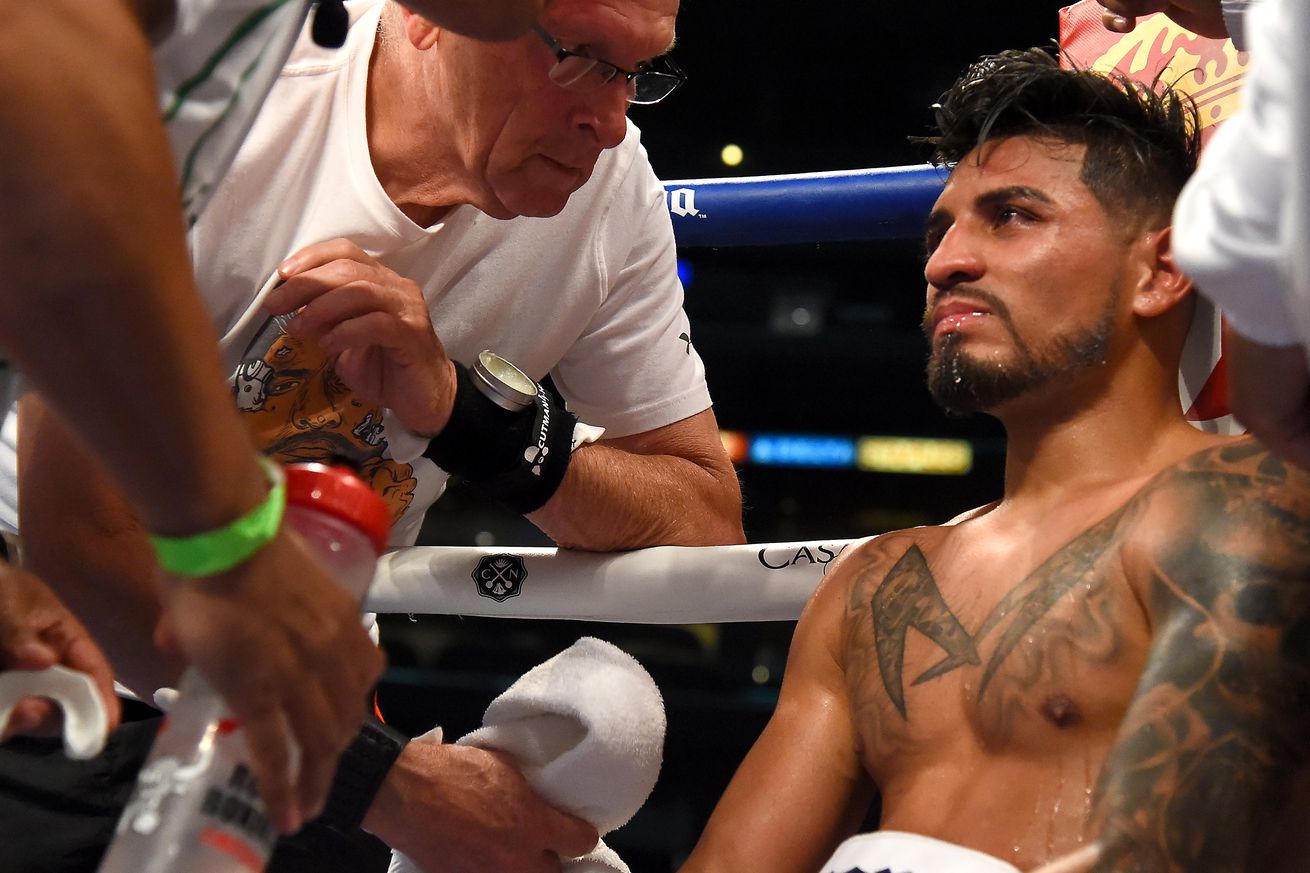 Mares knows retirement is on the horizon, but he feels he has some unfinished business.

Abner Mares takes some time to chat with Marcos Villegas about seeing his career coming to a close and wanting to get one more fight or two — against a big name — before walking away for good. Check out some excerpts below...

Mares on seeing the writing on the wall for his professional fighting career, saying he’ll have maybe one or two more fights before he calls it quits:

“I’ve had a great career, I’ve done what I had to do, and what I was capable of doing as my time as a boxer. Right now I’m giving myself this opportunity, the promotion and the people who are with me, my doctor that did my surgery, and I’m gonna take advantage. That’s the reason I’m looking at one or two more fights.”

On what fight he wants to have before he retires:

“Well correct me if I’m wrong, I was doing a little bit and I’m sorry, I was ignorant besides the fact that he was a big name, which is Sugar Ray Leonard...It wasn’t too long ago that I learned that he had a detached retina also in his career. I did not know that he was retired for about two years because of it. And I did not know that he came back to fight Hagler to become a world champion. So with that said, it motivated me, bro.

“Like I’m sitting back and reading all this and I’m like, ‘bro, that’s my story!’...I see myself coming back and becoming world champion again...where there’s a will there’s a way and if you really believe in yourself despite people — people, they’re always going to try to bring you down, say ‘no, you should retire, you’re done, you’re washed’ — but if you let them feed you all that and you take it, obviously it’s gonna bring you down. If you have a strong mentality and you work hard, you stick to your craft, you can do anything. So that’s where I’m at, bro. I’m excited.

“I’m still upset and mad at myself — I don’t know why, because I shouldn’t be, it was an injury — but I feel I owe the people, the boxing fans, a ‘Tank’ Davis fight because to this day I still get a lot of hate, a lot of people telling me ‘I bought my ticket, you suck, you were scared of fighting him, you didn’t have the balls’, you know, just negative messages like ‘Really?! It happened for a reason, I got injured.’

“So I feel that I owe that fight to the fans and I owe that fight to myself because going in I was not going in with a loser’s mentality. I knew I had the abilities and experience to beat a ‘Tank’ Davis. So I think that’s a fight that I’m looking forward to. Despite what happens with Leo and Tank, if the fight is there for grabs I will definitely take it and go out with that one.”