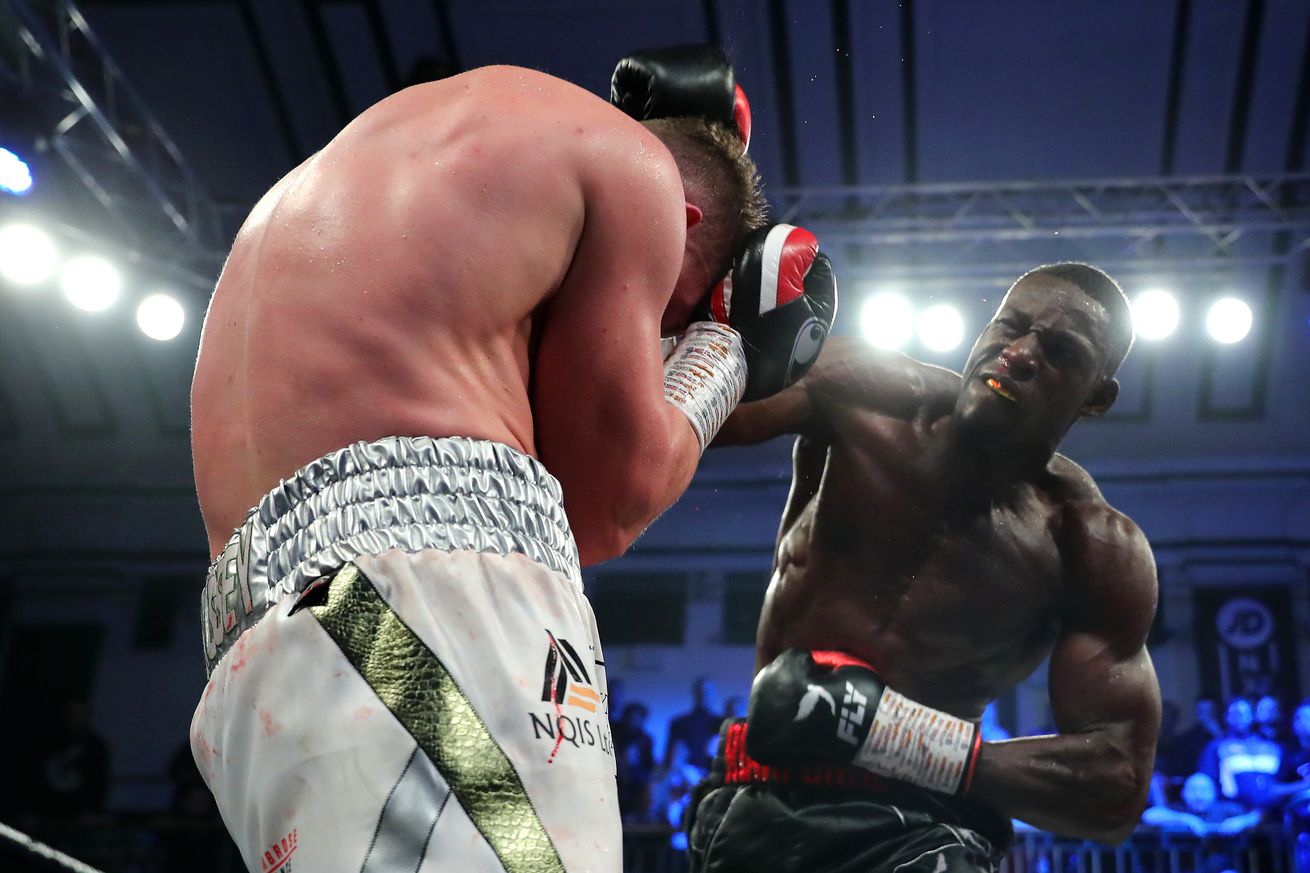 Riakporhe is ranked third by the WBA at 200 pounds

British cruiserweight champion Richard Riakporhe didn’t come out of his title-winning effort against Jack Massey unscathed, having “seriously injured” his right hand, but the prognosis looks good. The unbeaten 30-year-old Londoner sat down with Sky Sports today to give an update on his condition and plans for the future.

“My hand is much stronger,” Riakporhe told Sky Sports. “I have the cast off now, but I’m going to start punching, probably two weeks from now.

“I’ve just been working on using my lead hand, working on my jabs, uppercuts and body shots. I believe I’ve been punching at 50 per cent, from last year, but now my hand is fixed and I can actually feel the strength now in it. I reckon it will probably be back up to 80 per cent, 90 per cent.”

He inadvertently picked the most convenient possible time to be out of action.

Riakporhe (11-0, 8 KO), whose last four opponents entered with a combined record of 51-1-1, sits at 3rd in the WBA rankings, just behind #2 Kevin Lerena and #1 Ryad Merhy. Merhy holds the interim title, Alexey Egorov the gold, Beibut Shumenov the world despite not fighting since 2018 and being stripped of the belt, and Arsen Goulamirian the super.

“My ambition was always to be a world champion, and we’re in a good position at the minute,” said Riakporhe. “I’ve checked the guys around me, they are definitely beatable, especially in the WBA rankings.”

Riakporhe’s other, less fusterclucky target is fellow Londoner Lawrence Okolie, whom the WBO ordered to face Krzysztof Glowacki for their vacant title. That fight’s long been brewing and was tentatively linked to the ever-moving Gennadiy Golovkin vs. Kamil Szeremeta card before everything went to pot.

“If Okolie wins that fight, it’s up to him whether he wants to take a fight against me, or against somebody else. We just have to wait and see what they are interested in, but I have always said I’m game for a fight against Okolie.

”It all depends as well, if he wins the fight, because we just have to focus on what is in front of us first, then we can focus on all the other possibilities afterwards. It could happen next year, or the end of this year. You never know.”

Riakporhe is not presently in the WBO rankings, but when has that ever stopped a sanctioning body from approving a fight they wanted?

Between Riakporhe, Okolie, Daniel Dubois, and Joshua Buatsi, it looked as though 2020 would be the year of promising British talent testing their mettle against the world. Maybe it could still be.