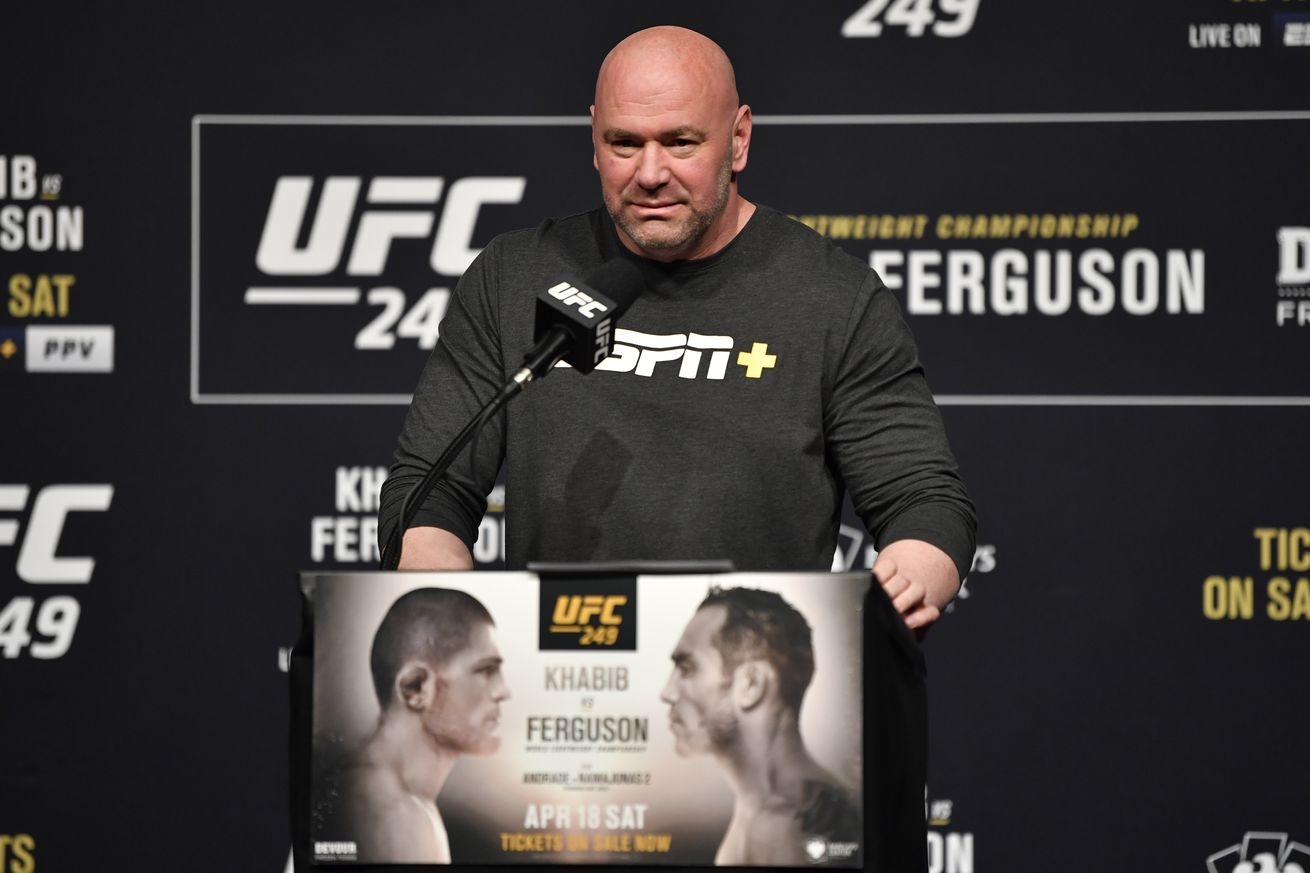 After attempting various workarounds, UFC has finally canceled its April 18 show and are postponing all events.

Ultimate Fighting Championship (UFC) was has been determined to find ways to keep from interrupting its schedule, and had intended to go through with their next show on April 18.

But Brett Okamoto reports that their much-discussed plan to host the UFC 249 pay-per-view on tribal land in California has been called off, and that the company’s events are being postponed.

“This has been a battle since day one. We’ve been fighting non-stop all day and all night to put on this event on April 18th,” White told Okamoto. “Today we got a call from the highest level you can go at Disney and the highest level of ESPN, and one thing that I’ve said since we started our relationship and partnership with ESPN is that it’s been an incredible one. It’s been an amazing partnership. ESPN has been very, very good to us, and the powers that be there asked me to stand down and not do this event next Saturday.”

White thanked the people at the Tachi Palace in California, which was set to host the event and possibly a few more UFC shows, for standing by his side in their efforts to put the show on. He also promised the venue will get a major UFC event when things return to normal.

White also made clear that he plans to “make this right” with the fighters who were planning to fight on April 18, and that nobody at UFC is going to be laid off due to the pandemic or events being pushed back.

As for his recent remarks about putting together a venue on a private island to host UFC shows, he said that’s still a go.

“We will be the first sport back,” he again promised. “Fight Island is real! It’s a real thing. The infrastructure’s being built right now. That’s really gonna happen, and it will be on ESPN. That’s where we stand right now.”

With UFC canceling at least the one major event, that’s pretty much everybody in major sports. Boxing has not been nearly as aggressive in trying to salvage events, and probably won’t be for at least the next couple of months; there’s barely anything scheduled until the last week of June at this point, anyway, and what is is likely to get postponed.

At some point, there will probably be movement in boxing toward trying to get some events in, be it closed venues or Mickey Mouse himself getting on the horn and making Dana White let Top Rank use Fight Island or who knows what else, but right now it’s just on the shelf, all of it.