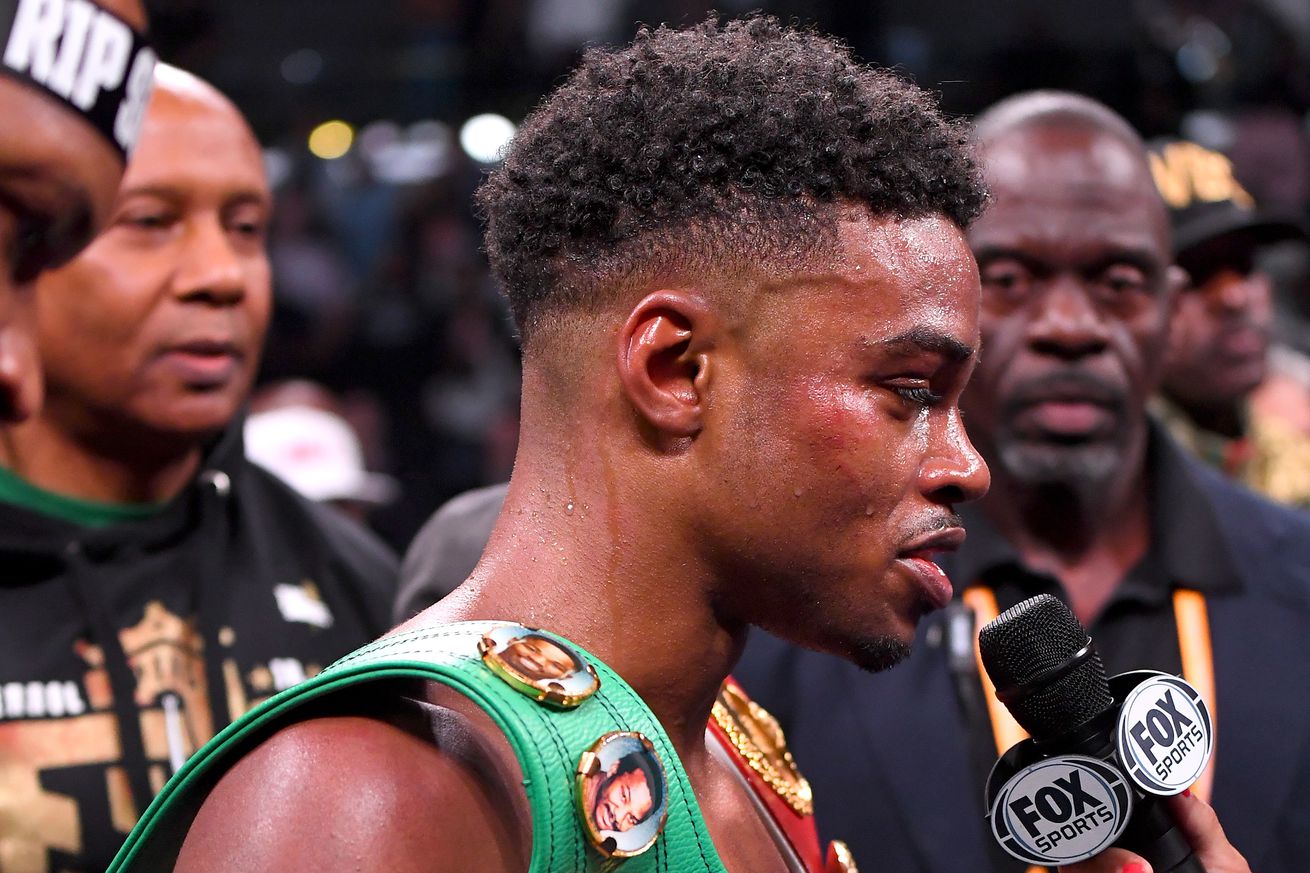 The two welterweights, one a champ and one a rising star, could be headed for a showdown someday.

They aren’t able to work out so much, most often their trainers aren’t around, about 95% of the nation is in some form of lockdown or quarantine.

But many fighters still got a strong smack-talk game going. Makes sense; energy must be re-directed, right? And media is still trying to ply their trade; we seek content, so we ask questions and the fighters answer, sometimes with bravado and sass, an edge, sometimes they issue a challenge.

Everyone’s thinking this: at some point, thing get back to some state of normalcy, and fights will get booked.

I checked out Ak and Barak on SiriusXM, and Barak queried Vergil Ortiz Jr, the Golden Boy boxer who fights at welterweight and holds a 15-0 mark. He and Errol Spence have been sparring, virtually.

“You think maybe this might happen because of this little back-and-forth you and Errol Spence have on Twitter?” Barak asked.

Ortiz is a Texan, like Spence, and in the last half-year, a few more folks have thought this all-Texas faceoff of 147s would make sense. Maybe more now, because Spence (IBF and WBC strap-holder) fell behind a bit, because of his Oct. 2019 car accident.

Now, both guys are cooling their jets, because of coronavirus.

“If the fight could be made, it’s because it was meant to be made,” said Ortiz. ”We used to train at the same gym, I used to watch him train. I hope that he thinks I’m good enough, or whatever.”

No disrespect inteded my dude..but you did use to cry as a kid damn you was a baby cool it ... an why we talking about golden gloves (AI voice)I won the nationals the next year an everything else it was to win .. https://t.co/hj9GmBpc5P

Barak, using that Brooklyn directness that is so effective, asked the 22-year-old what Spence meant about the crying.

“I’m not sure what he meant. I definitely never been hurt. As a kid, I was the best one in the gym,” Ortiz said.

Nope, doesn’t ring a bell for him, any tears shed at the gym. Dropped many dudes, no tears.

And what does Ortiz think, is Spence the man to beat at 147?

“It’s definitely between him and [Terence] Crawford,” Ortiz continued. “Crawford is definitely more technically sound. I wouldn’t think he’s as strong as Spence, or anything like that, doesn’t have the same size. They’re both the toughest, in their own element.”

It must be said, Spence has other, larger fish to try and fry on his plate. He told Ray Flores of PBC that he’d like to return in September or October, and mentioned Manny Pacquiao or Terence Crawford as potential dance partners. He beat Shawn Porter in September, more narrowly than many assumed he would, then in October almost died in a car accident. His comeback from that, to even walking and talking normally, is wondrous, and a return to prior form as pugilist would be a legit miracle.

Ortiz said he would give anyone at 147 “a hard fight.”

But would he beat Spence?

Golden Boy exec Eric Gomez, when asked who they’d maybe like to match Vergil with when we are out of this pandemic quagmire, said, “Anyone and everyone!”

My three cents: Who doesn’t love that last answer for Ortiz? Kid knows he’s still growing, physically — he just turned 22 in March — and technically, knows there are some seasoning hurdles to traverse.

No, Spence vs Ortiz isn’t skipping the line, and taking over as a much-desired scrap for fans, one that I can see morphing quick into a “must-make” demand for promoters.

But this is one I think should be placed on your watch list, as something that could make tons of sense to start 2022.