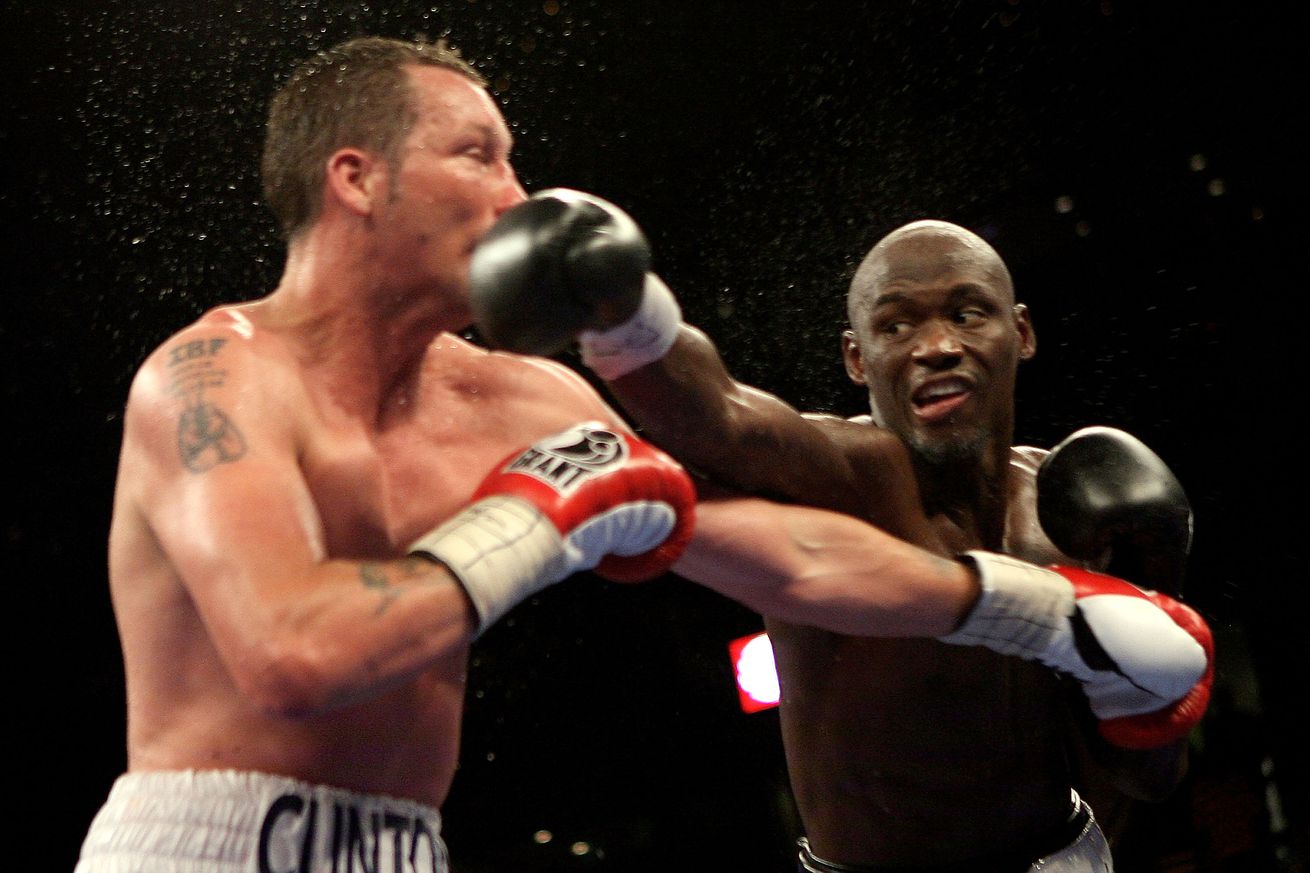 Tarver did call Calzaghe out in 2008, but never got the fight.

12 years ago to the day, Antonio Tarver regained a major light heavyweight title by beating Clinton Woods by decision in Tampa, Florida, taking the IBF title from the Englishman by clear decision.

Exactly a week later, Joe Calzaghe, the former recognized champion at 168 pounds, moved up to win a split decision over Bernard Hopkins to claim the LINEAL!!!!!!!! title. Hopkins had upset Tarver for that crown in 2006, and after he and Calzaghe won those Apr. 2008 bouts, Tarver called Calzaghe out.

In a statement, Tarver remarked, “I am the only light heavyweight champion who currently holds two belts and on my way to unifying the belts this year. I will fight Calzaghe in the US, in the UK, or wherever he wants to fight. Everyone was mentioned as Calzaghe’s next opponent but me, the true light heavyweight world champion.”

Now, being fair, it was Calzaghe who was seen then as the “true” champion by hardcore fans, and Tarver’s two belts were the IBF and IBO, the latter of which has only really been taken seriously by the fighters who hold it.

Eventually, Calzaghe signed to face a badly faded Roy Jones Jr in September, though the fight was pushed back to November due to a Calzaghe injury. Without the Calzaghe fight, Tarver signed to face young, unbeaten Chad Dawson in October.

“Let’s just say he decided to take the road with less resistance,” Tarver now says of Calzaghe facing Jones instead.

Dawson beat Tarver convincingly, and did it again in a rematch in May 2009. Those were the final fights at 175 for the “Magic Man,” who made a move up to heavyweight in 2010, pit-stopped for two fights at cruiserweight, and then went back to heavyweight in 2013. He last fought in 2015, a career record of 31-6-1 (22 KO) and notoriety forever as the man who first handed Roy Jones Jr his first legitimate pro loss.

Calzaghe wound up widely outpointing Jones at Madison Square Garden, then retiring with a career record of 46-0 (32 KO), having won lineal titles at 168 and 175. (He was, in fact, the first recognized lineal champion at 168.)

Looking back, while Tarver was not quite at his peak in 2008, either, he was certainly in better career shape at that point than Jones. It’s easy to understand why Calzaghe fought Jones; for one, Jones still had the bigger mainstream name, and for another, Jones was by that point a far easier style matchup for Calzaghe. Fellow southpaw Tarver may well have presented some real problems for Calzaghe. Then again, maybe not. Calzaghe was a hell of a crafty, smart fighter.

If Calzaghe had faced Tarver instead of Jones in 2008, would Joe have retired unbeaten, or might Tarver have gotten the better of him in a much different style matchup?