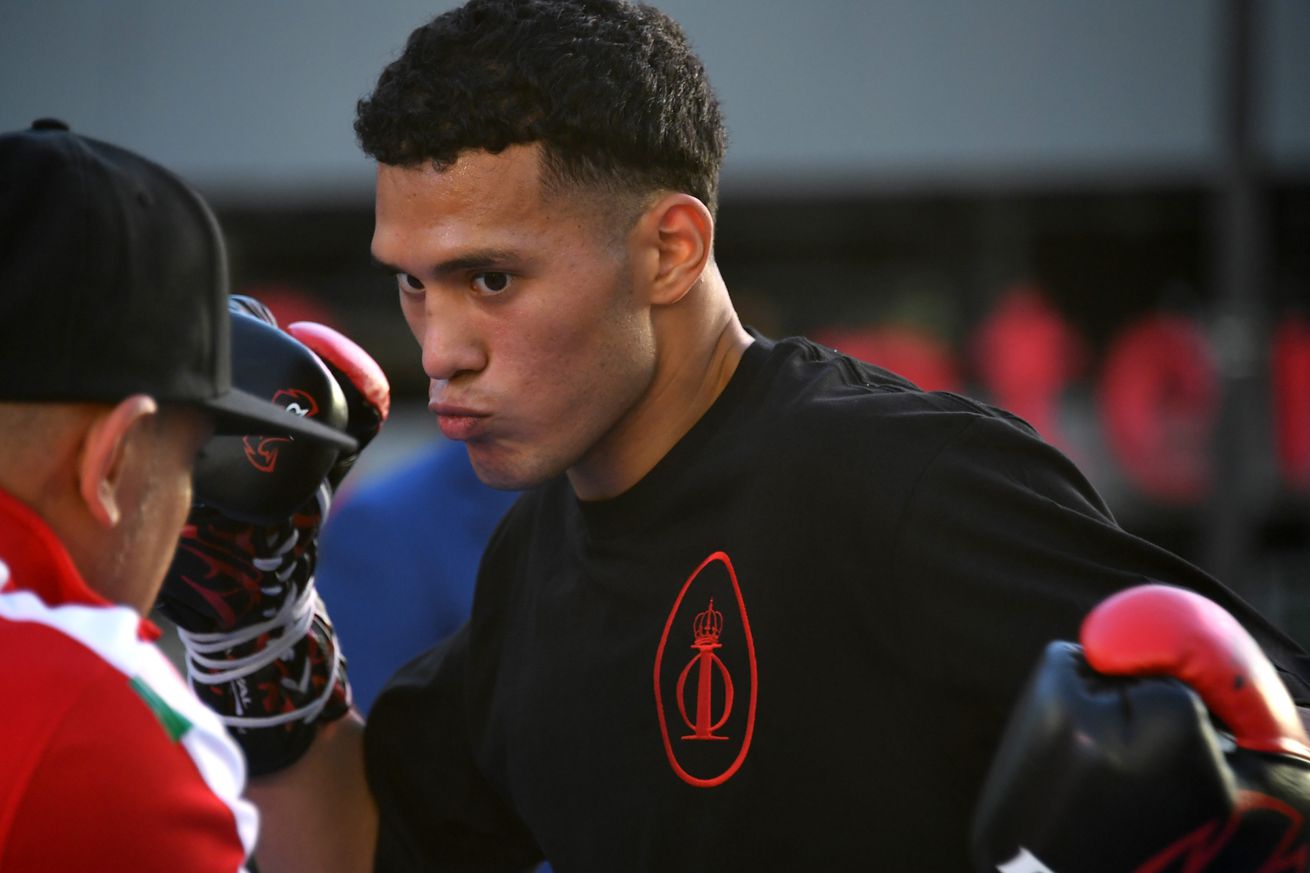 In this video interview with Fight Hub TV, super middleweight David Benavidez talks a bit about a future fight against IBF titleholder Caleb Plant, the origin of their beef, and what’s gonna happen when they eventually fight. Check it out...

Benavidez on a prospective fight with Plant:

“When we do make that fight happen I’m not gonna be a mandatory, I’m gonna be a world champ when I do fight him so it’s gonna be very interesting.

“Caleb Plant, when he does interviews he’s a very professional guy supposedly, he doesn’t talk bad about nobody, he stays in his own lane supposedly, but when he’s on Instagram, this fuckin’ guy — every time I go on Instagram he has something to say about me, this and that...so I didn’t want to say too much but my brother, he’s not gonna take that from nobody.

“I think it was two weeks before his fight and my brother got in his face and Caleb Plant was really scared, and he sucker punched my brother and got behind his people...that’s all that happened. It’s nothing really too bad.

“It is what it is. I mean this is a sport where we’re professional fighters, we’re gladiators at the end of the day. So we’re gonna end up fighting anyway so the more hype we can give it the better it’s gonna be, because at the end of the day I am gonna knock him out.”