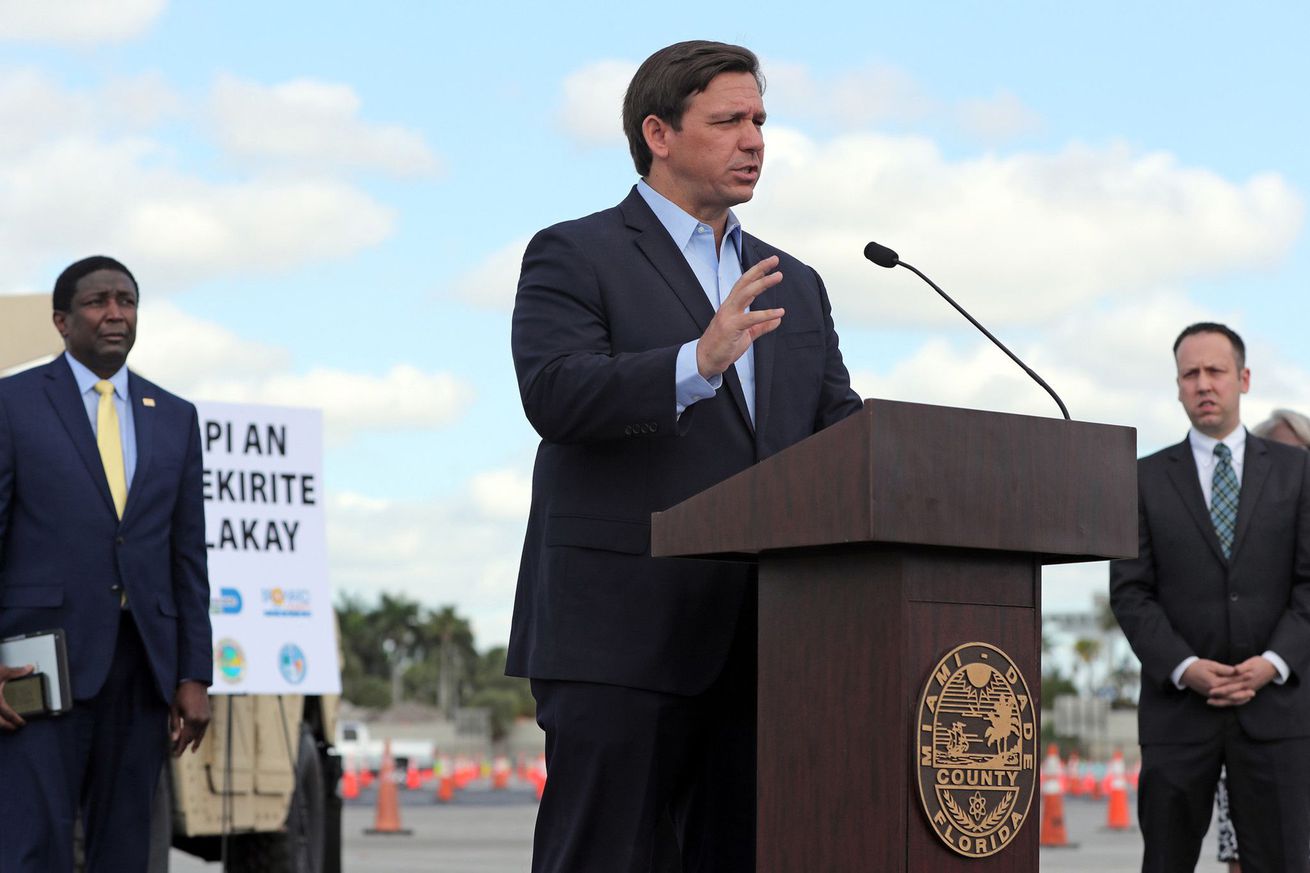 Bob Arum has eyes on crowd-free shows in the summer, but there’s no guarantee, and plenty more to the story.

Florida governor Ron DeSantis and Orange County mayor Jerry Demings made a very Florida move yesterday by officially deeming the WWE an “essential business.” Now, Bob Arum says Top Rank is “going to be in touch with them” about the possibilities of using their facilities to host crowd-free events, though not before June.

This memo from the Florida state govt classifying sports/media public employees as essential workers would seem to open up the state to hosting boxing events as long as they are closed to the public (not that it's a good idea) pic.twitter.com/W5NX4Y3K0l

A Florida spokesman confirmed that the memo wasn’t exclusively directed at pro wrestling.

Asked if this would apply to UFC events, the spokesperson said, “The memo does not specify specific sports, as long as the event location is closed to the general public.”

Waiting until at least June seems like the smart move. This is even bigger news, however, for the likes of Dana White, who’s so hell-bent on getting the UFC back in action that it took a direct plea from California’s governor and Disney/ESPN telling White to “stand down” to get them to scrap this weekend’s planned UFC 249. I do hope this doesn’t mean he’ll abandon Fight Island, though; so many more jokes to be made. — Patrick L. Stumberg

It is also worth noting the timing on this Florida move that classified WWE as “essential business” and vital to the state’s economy.

I have asked how @WWE is "critical to Florida's economy": no audience, only essential personnel- what revenue is being generated and if so- how is it benefiting Florida residents and taxpayers? I'm waiting on @GovRonDeSantis office to respond. @MyNews13 #n13covid19

The door is open either way for combat sports to work with WWE and potentially use their facilities to hold closed-doors events. Whether it should be, and why it is, is another story. — Scott Christ