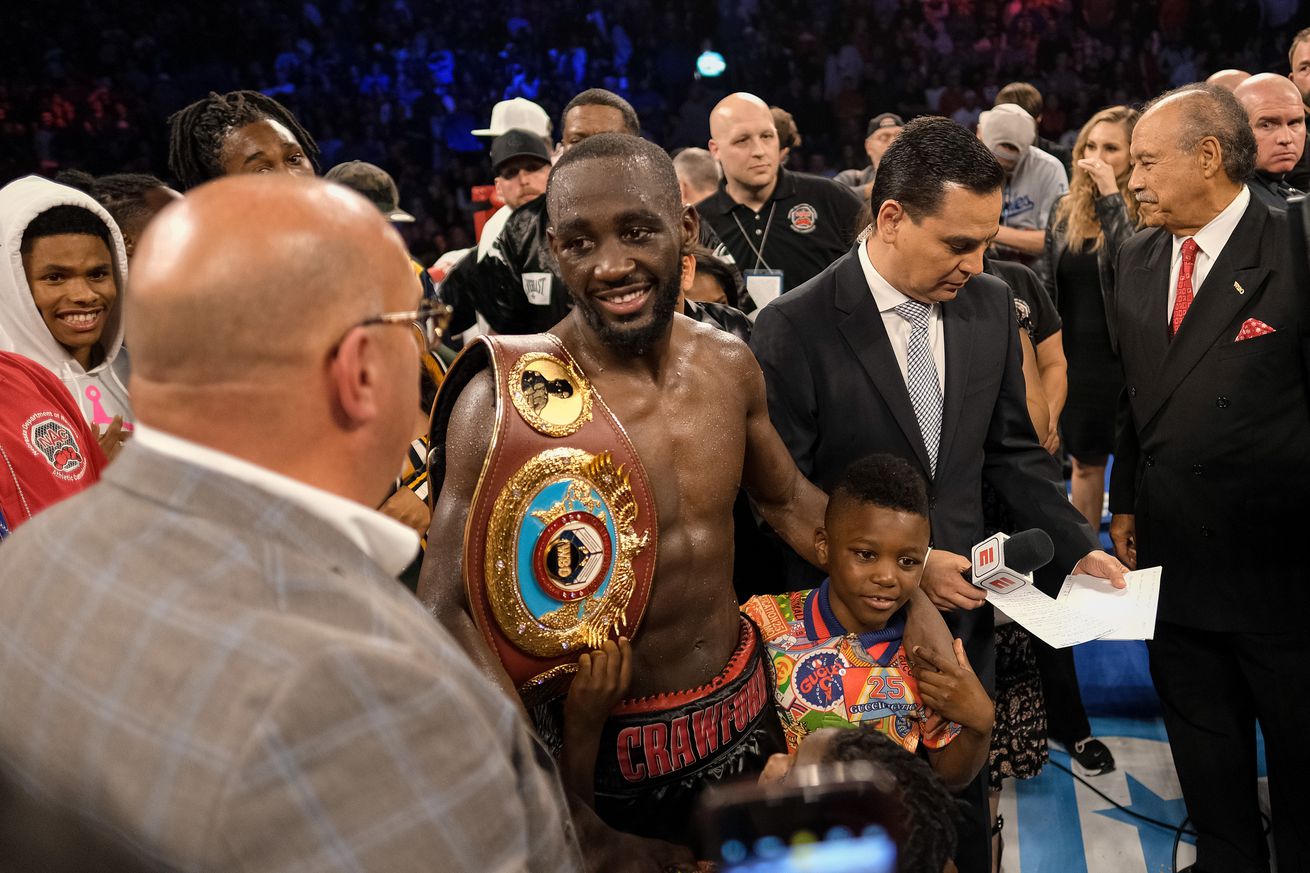 The much-anticipated welterweight showdown is still on many minds, including those of the fighters.

Welterweight titleholders Terence Crawford and Errol Spence Jr are both unbeaten, both in their primes, and have said repeatedly that they’re willing to fight, even if there’s always a “someday” attached to that.

WBO titleholder Crawford (36-0, 27 KO) and WBC/IBF titleholder Spence (26-0, 21 KO) are, of course, with rival promotional outfits and networks. Crawford, through Top Rank, fights on ESPN, and Spence, through PBC, is a FOX fighter.

But there has been some ice thawing there in recent months, with everyone coming together for Wilder-Fury 2 in February, which helped all involved do good business. That and the fact that COVID-19 may lead to boxers trying to force bigger fights when the sport returns could lead to Spence-Crawford (or Crawford-Spence, however it would be promoted) happening sooner than later, at least relatively speaking.

In a recent chat with Chris Mannix, Crawford says he and Spence have spoken a couple of times, including hopping on FaceTime with one another recently.

“It was just us talking about making a fight. And I talked about I’m gonna fuck him up.”

Crawford laughed, but to be clear, it’s no joke.

“It’s real. I truly feel like when we fight, I’m gonna fuck him up, and he feels the same way. That’s why it makes for a great fight.”

When Crawford said something similar about Kell Brook recently, it seemed like a statement, but now it appears “I’m gonna fuck you up” is just kinda how Terence Crawford says hello to people he might fight.

The 30-year-old Spence was hoping to return in the late spring or early summer after a one-car accident put his career in at least momentary jeopardy last fall, following his strong win over Shawn Porter in one of the best fights of 2019. The 32-year-old Crawford picked up a win in December over Egidijus Kavliauskas in his last fight.