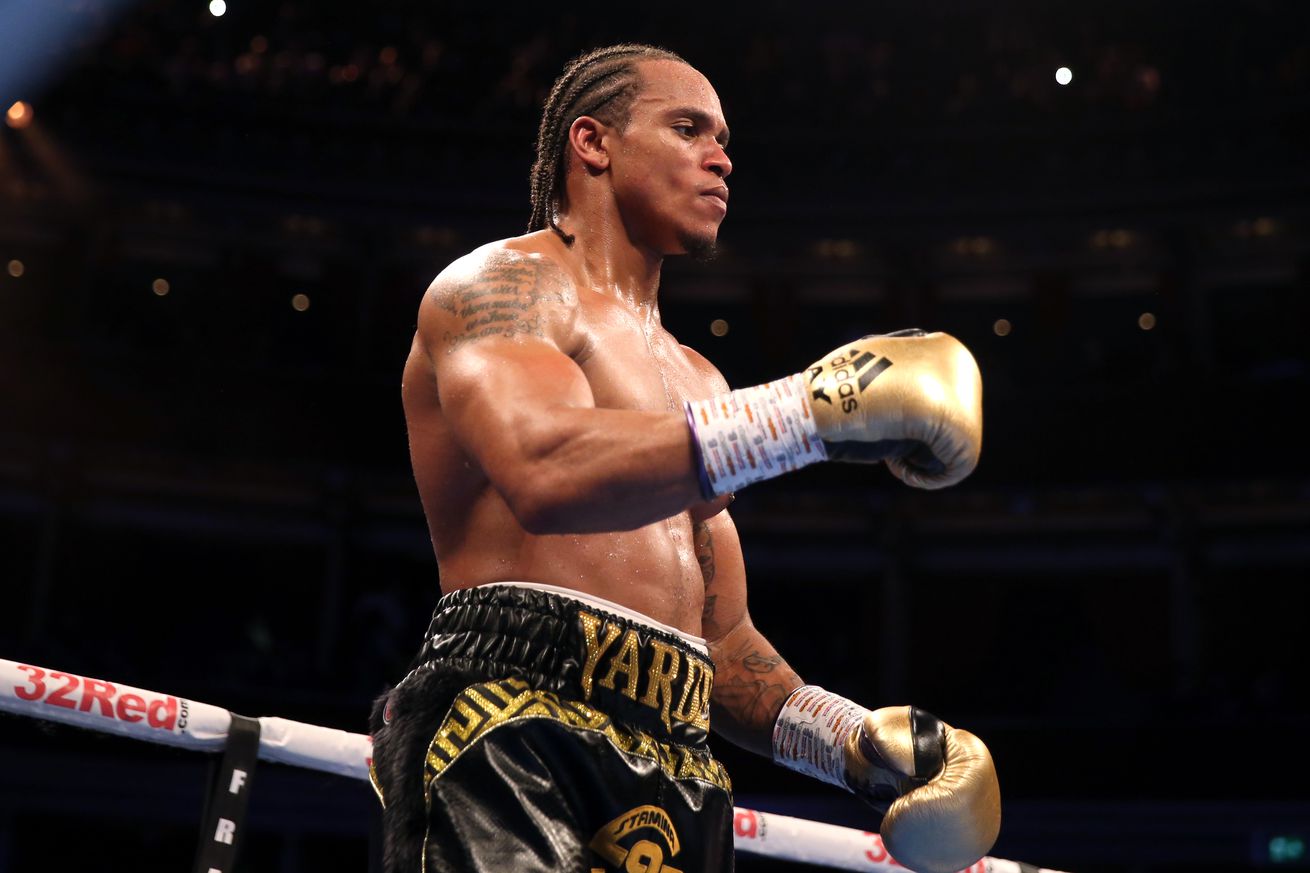 The stoppage loss was the first of Spelman’s career, and was a bit controversial, but Yarde gets the win.

Yarde (20-1, 19 KO) hadn’t had a serious fight since Aug. 2019, when he went to Russia and lost in a WBO title fight with Sergey Kovalev. He did fight in February, but it was against a total no-hoper in Spain, and the fight was over in two rounds.

Here, the 29-year-old Yarde faced a solid domestic operator in Spelman (16-5, 8 KO), who did have a bit of success in the fight, using a double jab early to keep Yarde from getting any rhythm going. After five rounds, in fact, we had this just 48-47 for Yarde, with Spelman having won the first and fifth rounds on our card.

But Yarde did turn up the heat in the sixth round, throwing hammering right hand blows and laying on some pressure. Spelman, 28, had never been stopped before, and was furious when referee Michael Alexander stopped the fight at 2:42 of the sixth round after a knockdown.

You could argue Alexander could have let Spelman keep trying, but you could also argue that nothing was going to get better for Spelman.

“This win meant a lot. I was sharp, everyone knew about last year with the Kovalev fight, everyone knows my ambition,” Yarde said after the fight. “I’m still inexperienced. I’m being more patient, being defensively responsible. When I want to open up I can, but it’s about learning in the ring — working the jab, getting back into defensive position after the shots.”

Yarde had been ready to fight Lyndon Arthur earlier this year, but the pandemic shut that down and postponed it. It’s now planned, but with no specific date reported yet. Arthur also beat Spelman on July 31.

“I’m ready to fight whenever,” Yarde said. “Obviously (coronavirus) has impacted everything and we’re hearing about a second wave. I’m just staying in the gym, staying ready.”

In the co-feature, Mark Heffron and Denzel Bentley fought to a rare unanimous draw over 10 rounds in a British middleweight title eliminator where nobody was eliminated.

All three official cards were 95-95, while Bad Left Hook had it 95-94 for Bentley (13-0-1, 11 KO), with a second round knockdown of Heffron (25-1-1, 19 KO) the difference on our cards. But as we are American-style, even rounds rarely come into play on our cards, and European judges use them far more often, which accounts for how we wound up at 95-95 across the board here.

It was, indeed, a very close fight, with the 28-year-old Heffron having moments where his aggression was effective, and the 25-year-old Bentley moments where his movement and slicker boxing worked out in his favor. Bentley did sometimes back himself into the corners as much as Heffron really drove him there, which is where Heffron did some of his better work. The knockdown in the second round came when Bentley switched to a southpaw stance and just landed a nice, clean, well-timed straight left hand that put Heffron on the canvas. It wasn’t a huge knockdown, but it was a real one.

There’s a good chance these two may rematch, which would be fair enough and fine. The two both felt they’d won, Bentley feeling he’d out-worked Heffron, and Heffron believing he’d landed the cleaner shots.