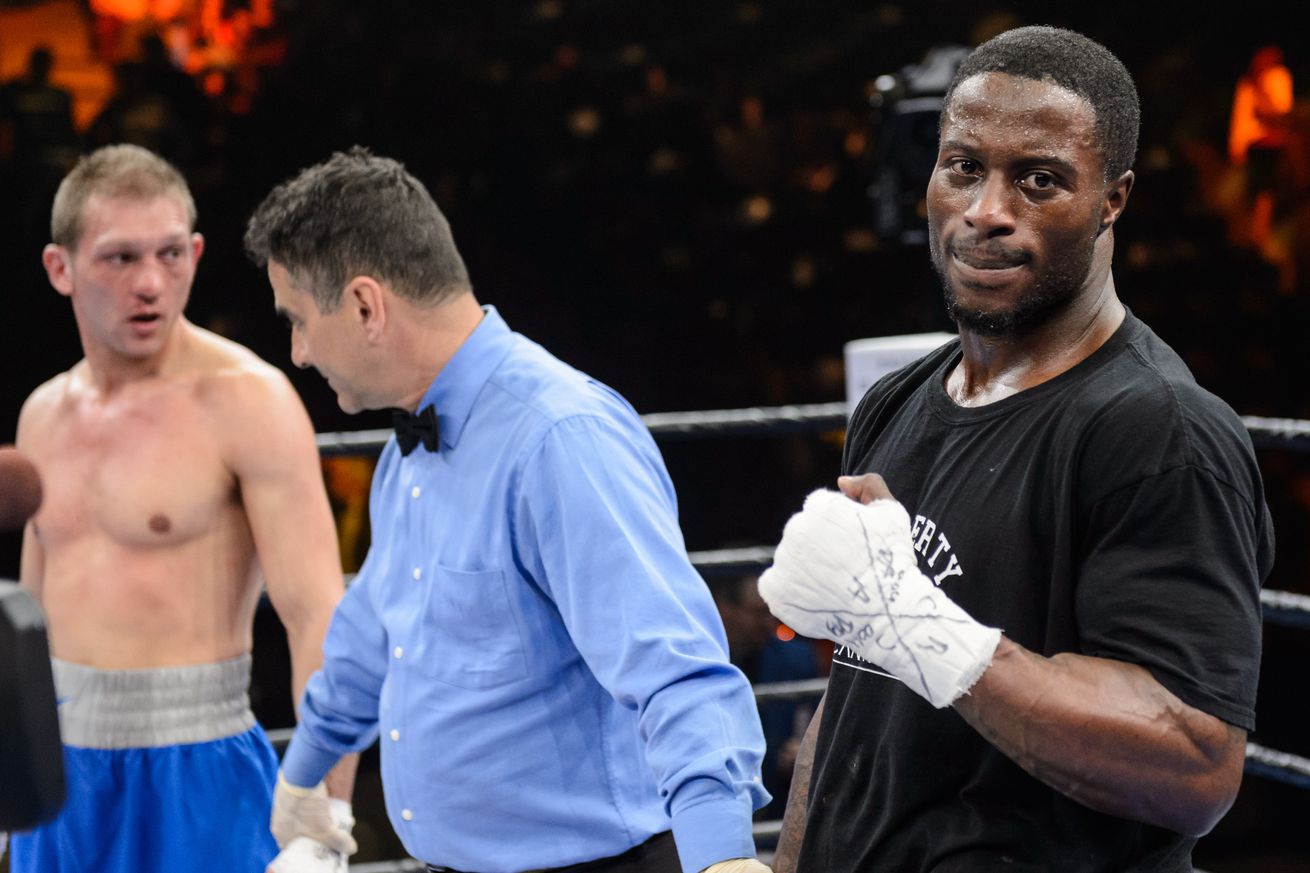 Kudratillo Abdukakhorov’s visa woes continue. After being forced to postpone his interim IBF welterweight title fight with Sergey Lipinets from October 10th to October 24th, he’s now off the card entirely. As a result, Lipinets will now face IBF #5 Custio Clayton, a former Olympian out of Canada, for the belt.

“Custio Clayton is an outstanding replacement opponent given the late change and should provide a stiff test against Sergey Lipinets on October 24,” said Tom Brown, President of TGB Promotions.

“Clayton was already deep into training and will bring a wealth of experience, from his amateur days through his impressive pro career, into this showdown with Lipinets. This is a great opportunity for Clayton to announce himself as a welterweight contender against one of the division’s most dangerous fighters.”

The 33-year-old Clayton (18-0, 12 KO) missed out on a London medal by the skin of his teeth, falling to future silver medalist Fred Evans 18+ to 18 in the quarterfinals. He’s yet to make any sort of real impression in almost six years as a pro, however, instead being content to crush low-level foes in his native Canada. He was last seen smashing Argentina’s Diego Ramirez in January, making the hard-hitting Lipinets (16-1, 12 KO) a massive step up in competition.