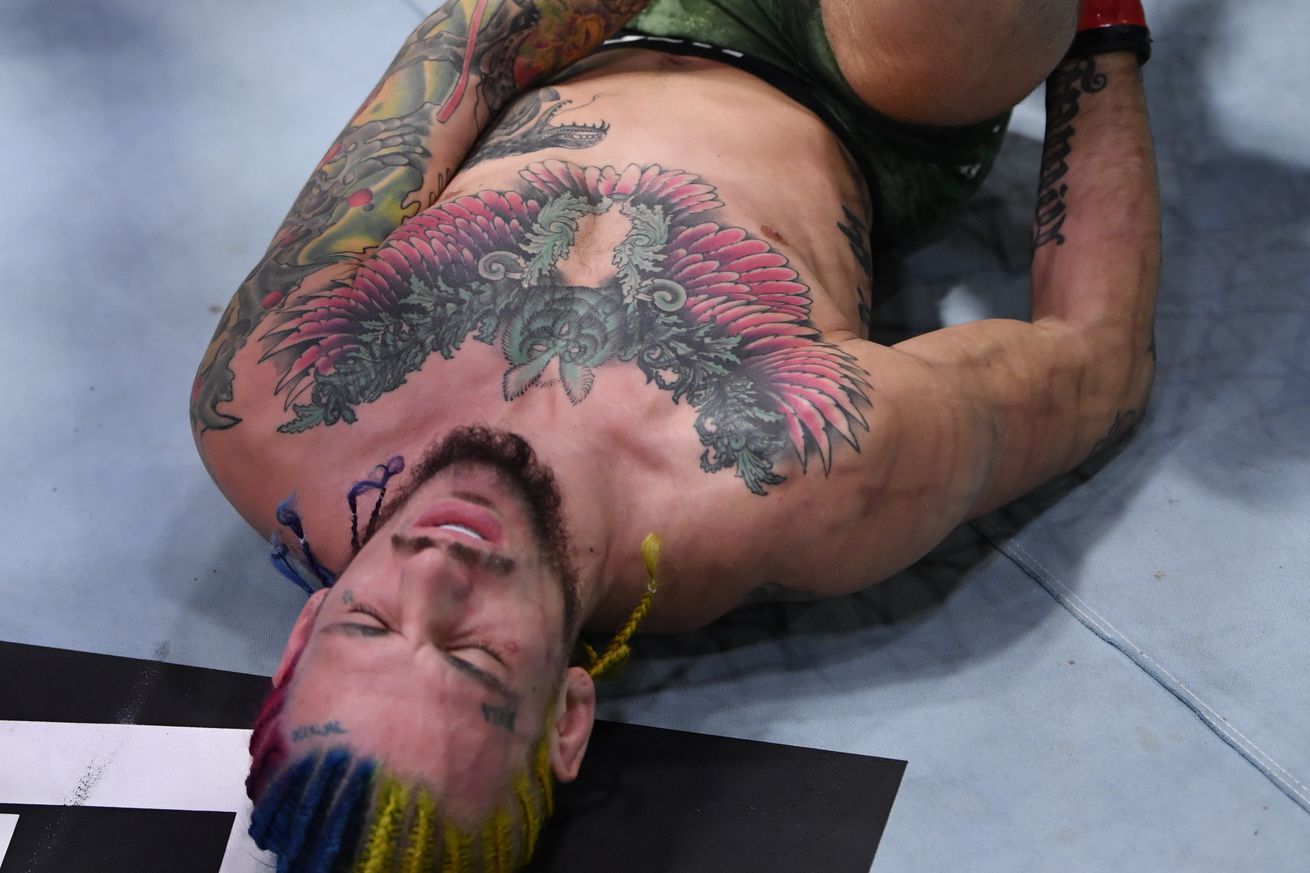 The former UFC double-champ likes a lot of what Sean O’Malley does in the cage, but feels the rising bantamweight star may have an over-inflated view of his own ability.

Sean O’Malley’s loss to Chito Vera hasn’t been so much of a point of conversation as the way in which he handled that loss. The streaking bantamweight prospect appeared to injure his leg early in the first round, to the point that he was eventually only able to put weight on one foot. Vera seized on the opportunity to chase O’Malley to the ground, where he TKO’d ‘Sugar’ with a series of hard elbows.

It’s the kind of reaction that’s brought criticism from fans and even from some of MMA’s more notable fighting talents. Ben Askren went so far as to question O’Malley allowing himself to be carted out of the Octagon. “You’re not putting my ass on a stretcher because I got an ankle injury. I got one other good leg and I’m gonna hop all the way to the back. Leave me the eff alone. I think he needs to grow up.”

Henry Cejudo echoed some of Askren’s sentiments in a recent episode of the Real Quick with Mike Swick Podcast.

“I’ll be honest with you, I actually like the kid. In some way I’m hating on him, in some way I like him,” Cejudo said. “I’m weird like that. I wish the kid the best, but I also think that he thinks he’s better than what he really is. Even though he’s got the gifts, he’s got great distance, great demeanor, great fakes. Watching those like very subtle. I look at all these minor little details but he hasn’t been built to freaking last.

“He hasn’t been through a war. You can give the pain but can you take the pain? That’s the difference between somebody like Sean O’Malley and me. Does he have better striking than me? Probably because of his length and his range, makes him a little dangerous. But you’ve just got to be the full package.”

The former UFC double-champ went on to add that he even reached out to Marlon Vera ahead of his fight with O’Malley to give the Team Oyama talent some tips on how to beat his oppoent—telling ‘Chito’ to “smoke the hands and take out the f-ing kicks.”

Eventually however, Cejudo doesn’t seem to think that O’Malley’s overconfidence is a bad thing. It may in fact be “his greatest attribute.”

“He actually believes in his own smoke, as you should. But there’s a difference when you get in there with somebody that can kick you. Somebody that’s not going to shy away from you. Somebody that’s going to put you through the deep waters and how are you going to respond? A true champion is revealed by how you respond to adversity.”